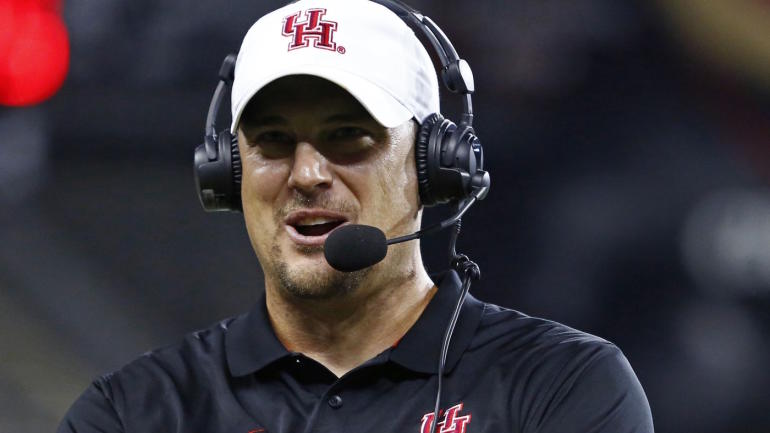 If the Big 12 doesn't expand, there's no bigger loser than Houston

He assumes that we do not have a back up plan.

“If” again IF. The small12 can’t stay in the state that it is in. They don’t expand? I can/we can easily see the entire conference implode…and maybe this was the intention all along. But then what will happen next? Do you all really think the small12 won’t expand? imo I 100% think that they will expand. There is a power play going on at probably deciding on 12 or 14. `We are now just too big to ignore. Again, it is history repeating itself. SWC, small12, different letters same philosophy.

I agree. I’ll say it again the big 12 has no choice but to expand (of course, if it wants to survive).

This is going to be an odd post…that will probably garner much criticism. But I get this feeling (and I’m absolutely no one with no particular connections…CF is my only source of “inside” info), even if the Big 12 does not expand, we will be ok. I just think that if expansion is not moved forward, UT will seek to dissolve the conference as soon as it can. And for some odd reason, I get this feeling that we are in their future plans. They have reasons to stay on good terms with us (and the politicians)…and I think they are aware of the potential and momentum we are establishing as a university, and they want a piece of the action. We’re not really hearing any of the previous vitriol that used to spew out of Austin…there almost seems to be a hushed respect building.

I know, I know…it’s UT and they cannot be trusted. I’m completely on board with this line of thinking. I just get this feeling that bygones are becoming bygones, and we could potentially become UT’s new Texas Tech tail. While I don’t want to be anyone’s tail, I’m willing to hop on for the ride if they can help us reach higher levels of achievement across the board…and help us position ourselves to spring even higher. I have no qualms about being strange bedfellows with UT.

I think it is a fair observation/feeling/opinion. The one thing that is for sure is that this situation feels different. I don’t think you or I are being naive. I’ve never trusted UT and my guard is by no means down, but this just feels different and I honestly think that there is so much stuff going on that we have no clue about. As long as we are not selling our souls, I agree that if there is someone to ride the train to higher ground to where we can fly solo…then I am all in.

As long as the B12 doesn’t expand without UH then we’ll be just fine.

The current status quo for UH is if its wins the AAC its likely in a NY6 bowl. If it goes undefeated it might be in the playoffs. There is nothing that sucks about that. Further, UH doesn’t need to even play UT, TTech, or Baylor to be seen as the best team in Texas. It’s already at that level without doing that for years.

The revenue bump would be great but UH still needs to build its fan base and in our position right now we can do that just fine.

Should the B12 grab other teams and leave the AAC decimated then we’d have to scramble, possibly find a new conference or help make a new one. It would sink playoff hopes instantly and put a major damper on our now surging season ticket sales.

But if that doesn’t happen look for UH to continue to grow and build even if Herman were to go somewhere else. We now have more season ticket holders than TCU did when they got their B12 invite. Should UH win out I wouldn’t be surprised to see that surge to 30K (what TCU did the season after getting in the B12) even without a B12 nod.