That area between the garage and the stadium is really nice. They should open it up for more tailgating.

My word, what I’d give to work out at that weight room

CDH basically gave up his Big12 raise to fund the building. I wonder how many coaches have done something like this in the past. He is the real deal and will take us to be nationally recognized in football.

I met Herman and Dana at their respective radio shows. Herman was obviously uninterested in talking whereas Dana asked questions and kept the conversation going. When Applewhite was bombing I thought we had a long way to go until we found a real head coach. Our administration found him unbelievably quick.

Are they moving the home locker rooms to NW corner or are they keeping it where it is? Seems like they could do the cougar walk from the ops building around to the SE locker rooms before games.

I just made my donation. Hopefully many of you will do the same.

Just made mine. We need everyone to pitch in.

Pitching in as soon as I get back from work. Great job by our administration to get this up and going.

Which fund did you choose, or did you donate to the first option, the general fund?

Houston Rise. I think it covers all new construction.

Not many coaches would do what dana did. A million is a lot for him to do and he didn’t have to.

You also have to think he’s gotta clear it with his family Bc the kids go but dad? So this is huge

How many additional seats does that corner close-out add? 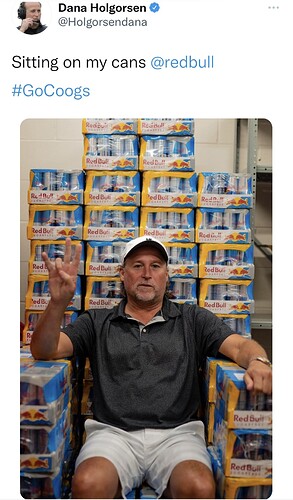 Those look to be premium seats connected to the FBO building. So, I’m thinking around 200-300 more seats.

But didn’t Rhodes give you a free donut !!

funny i just thought of our former QB who was his son. yeah i just thinking he isnt married.

Crazy pics, that is a serious upgrade. Players will love hanging out there, working out and film all awesome. Are the trees there by garage and stadium?