I Feel A Disturbance In The Force

Evergrande, a Chinese Real estate company, has been slowly swirling the drain towards insolvency. It has announce it has suspended trading on the Hong Kong market. It’s liabilities are north of $300 billion but may represent the tip of a $9 trillion Chinese ponzi scheme.

Time will tell. My only hope is that Blackrock is up to their ears in it and it takes Larry Fink down 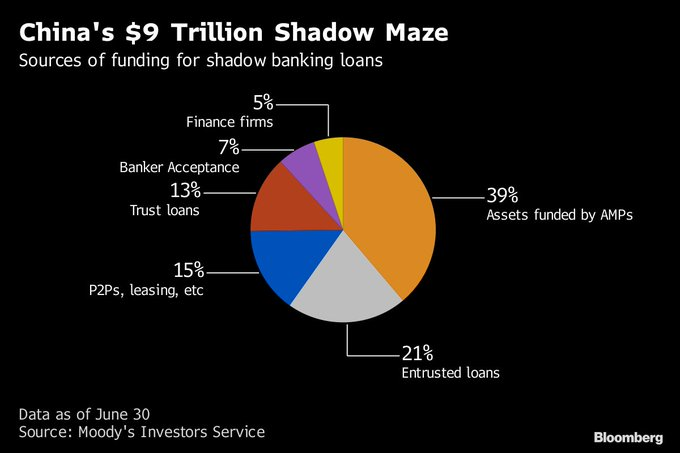 Will be worldwide ripple effects, 2008 all over again, worse. Been holding the world economy together with bubble gum and tape. You’ll see.

President Xi Jinping has urged the West not to increase interest rates because he fears it will stoke capital outflows from his slowing economy while triggering an emerging market crisis among many of the developing countries Beijing has lent money to , experts say.

Well he’s not going to get his wish. There going to feel the pain. As we. Mr Xi is going to lose the “Mandate Of Heaven” the Universe doesn’t like ugly. I predict he’s not going to get a 3rd term as their leader. COVID is breaking out people starting die ( their home grown vaccine is not that effective), just had a plane crash today killed all 127 passengers bad omen’s as the Chinese lay people will see it as they have always done historically. Watch and see, unless the military gets involved to keep him in power. That’s what he depending on. As his final ace in the hole.

I started pulling money out of everything but oil and commodities.

The bond market is calling for a recession in 12 months, I think sooner

@MikePetermann1
Finally, a video that defines the #Evergrande iceberg. Well worth 20 minutes of u'r time to wrap your mind around this colossal failure. I don't agree that Xi & the CCP will bail everyone out. This will be their Lehman moment time 3. #SmellsLike08 ft.com/video/2fce1e2e…
1 Like
Uhsigep96 (Ian Blake) March 22, 2022, 10:45am #7

Yeah, China will surely elect a new leader…xi will surely have elections and won’t just imprison and murder anyone that stands in his way.

It is just a gut feeling, but I feel like something really bad is about to happen.

Think a lot of us are feeling this way with good reason. Admittedly or not the situation in Europe is worrisome. Putin it seems is thinking about using chemical weapons, our government says. He’s escalating the war not de-escalating. He’s threatening to sever all diplomatic relations with our government.

Think a lot of us are feeling this way with good reason. Admittedly or not the situation in Europe is worrisome. Putin it seems is thinking about using chemical weapons, our government says. He’s escalating the war not de-escalating. He’s threatening to sever all diplomatic relations with our government.

If you want a blueprint, review how he attacked Chechnya.

Man has no soul, that’s the frightening part. Also rumor is he has cancer and parkinson’s. So as he see it he’s lived his life might decide to take all of us with him. He has the capability, unfortunately.

Let’s see all the rumors, cancer, parkinsons, will use bio chemical agents, nuclear…more stuff than Saddam Hussein. Then, again, he doesn’t have a bunch of sons they can throw shade on.

He has capability militarily and destructively only Saddam could dream of. No one knows this man’s state of mind, no one. He starts using gas on folks that will give us insight. He’s going for broke

Nobody knows but everyone has an opinion

Sunac, Shimao, and Ronshine won’t publish results on time, either. Too much debt to bury or paper over?

Reportedly, there’s over $9 trillion at risk.

Years ago, a buddy was in China and was amazed at all the new empty buildings. He said there were hundreds of them.

One person who has gone underground is Ray Dalio. He has a book out called Principles for Dealing with the Changing World Order: Why Nations Succeed and Fail. He has been the greatest Chinese apologist in the corporate world. I’m hoping he’s up to his ears in Chinese debt.

You are right about nobody knows what will happen. $9 trillion is 6 times Chinese GDP.

The Chinese built entire cities that were empty. I heard the Chinese citizens would buy the apartments/houses/buildings in these cities, not to actually live in or set up a business, but to wait until they appreciated then sell to the next guy then turnaround and use that money to buy more. Apparently they were appreciating rather quickly. Looks like the bubble may be coming.