Anybody following this?
My first question, how do they determine which trials can have live footage? Is that just the judge’s decision?
Second question, did Depp think this was the best way to get his name back? I guess we suspect Hollywood stars to be over the top but having to admit you live a drug and alcohol fueled life can’t help image too much. I guess winning the trial will give Depp some gratification but i can’t imagine working with either after just watching highlights from the trial.

You don’t hear this on a regular basis.
"Depp alleged that Heard covered his side of the bed in poop as a form of revenge for him leaving the penthouse. "

Johnny Depp alleged that Amber Heard pooped on his side of the bed as revenge and social media responded with the 'Amber Turd' hashtag.

She’s a narcissist and delusional, I’m glad the guy took the time to document everything and prove his innocence live. Everyone has made fun of her lawyers because of how they’ve been handling her side of the story. She’s definitely guilty and i hope JD gets his life back. It sucks his career was put on hold because of her.

Too many of these Hollywood celebs are self indulgent, egocentric, hedonistic, narcissistic lowlifes. I guess that about covers it.
I do think the “Amber Turd” was clever.

This trial is such a awesome goat show that Me and the wife watched on YouTube last night. I don’t know if it was stuff that happened yesterday or just highlight’s from the entire thing, it’s was at least 3 hours maybe 4. The wife found it and we just sat in bed watching and cracking up at the crazy.

Low lives is the best description.
Can you imagine being worth $100M’s and you find yourself suing your ex wife exposing your dirtiest laundry?
johnny depp and hurd might be good actors but they sure remind me of sad tweekers begging for a buck in order to get some smack. The only difference here is that these two have a hod given gift and they are throwing it away.
BOTH NEED to shut the f up and get some help, real help. Maybe just maybe they will both consider donating $M’s to the charities of their choice or create a non profit for raped women and children crossing the border for the same cartels where their smack comes from.

I wouldn’t say his career was put on hold, it was basically destroyed. Studios pulled him out of movies, company’s no longer wanted anything to do with him and dropped him from their campaigns.
All of that happened while Heard got to keep her roles and received tons of positive publicity and was speaking for women who had survived domestic abuse when she was the abuser.

I don’t think that Depp’s career will be anything close to what it once was if he is declared innocent of any wrongdoing.

Can you imagine being worth $100M’s and you find yourself suing your ex wife exposing your dirtiest laundry?

I mean she came out accusing him of spousal abuse, in turn costing him many valuable roles save untold millions of dollars. She’s basically ruined his career for the foreseeable future. As mentioned she’s gotten to keep all her roles and received tons of publicity. To clear his name he’s got very little choice but to go through this. And he brought the receipts.

I mean are you suggesting Depp should’ve just let his career and reputation, as maybe a weirdo and kind of a d**k, but not an abusive person go down the drain. It becomes bigger than just the money.

No it’s definitely on hold. He missed out in pirates of Caribbean, harry potter, and a couple of other movies. But he kept his partnership with Dior.
WB, Disney, and everyone has basically apologized to him publicly. He’ll be back in the spotlight asap.

As for Amber, they’re going to kick her off Aquaman, that movie is going to tank if they keep her. She is going to be sued and get some jail, and she basically ruined her career for the foreseeable future. Or atleast the next 5 years and by then she won’t look the same.

JD has everyone backing him up, and with all the press this is getting he’s becoming a hero in people’s eyes for putting up with so much abuse. I mean can you imagine your SO defecating on your bed just to prove a point. That’s brutal. I mean how do you even think that’s a good idea, and now everyone knows what your capable of, and to top it off you gave speeches about being abused. That’s crazy.

Not at all Bryant. Way before he married her he was already in deep s!@#$. It is well known how much drugs he has been doing over the years. His image has been “shot” for years. He choose to marry her despite knowing what a nut job she is. Two junkies do not make for one clear mind. Her suing him and him suing her is the cumulative effects of their personal destructive actions. Everybody can see that.
Like I wrote before I could care less about either of them. What would make a difference is if both or at least one of the two decides to give $M’s to a charity of their choice. Then get some real help. People always give others a second chance. They are no different.
He is suing her because he lost some roles and at the same time he is worth more than $100M’s? what kind of world do you think they live in? FANTASY ISLAND
Again, get some real help and help others. Then make an inspirational movie about it. Is it that complicated?

It was a wild day. A long read w alot of crazy. 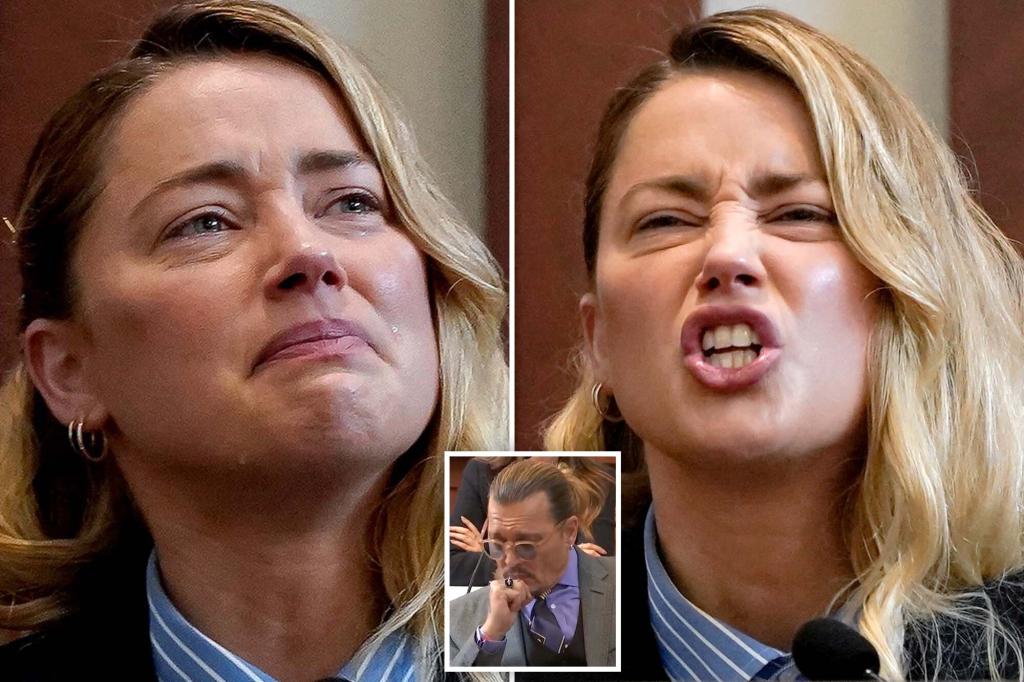 Get the latest updates of Johnny Depp’s ongoing defamation trial against ex-wife Amber Heard from the New York Post.

Her side of the story. She tired hard to not come off as an actress but i couldn’t help but think her story seemed contrived and just for show. Every action seems like a career move

I started laughing at the body cavity search for cocain. It seems her dump on the bed was to prove she didn’t have illicit drugs shoved up her a&&. She should shut up, she has already lost this cause. Her believability index is at -1 and dropping.

Can’t believe that you all are following this trial so closely.

I understand we have a few trial lawyers ( and retirees) on board who might find it slightly interesting but then again, they might be the least interested in this nonsense.

But these two people (Depp and Heard)

I wouldn’t want the company of either of them.

Lol, I have no idea what’s going on in this trial other than pretty much everyone is on team Johnny.

Not watching but can’t help knowing what is going on with all the news coverage. Her testimony reminds me of Juciy Smallettes testimony in Chicago. Not believing a word she says.

Not following it really but I think they both have issues and are toxic.