Smart of him to talk up that opponent before that ass beating coming on Saturday. But seriously,bthis is almost a trap game, coming off a big win.

It can be if the players look at it that way. Even still, this is probably a game we won’t lose, but we do want to look good after our performance against OU.

Lamar lost their starting center last week, but may get back their “All American” Right Guard who had mono.

American Sports Network has picked up Saturday’s game at TDECU Stadium for an over-the-air broadcast. The network is already producing the game for webcast on ESPN3.com.

ASN listed KBTV-4.2 (Bounce network, available over the air) as the local channel for the game.

Brett Dolan and former Houston Texans defensive lineman N.D. Kalu will announce the game on ASN. The game also can be heard in the Houston area on KPRC-AM 950, as well as the Cardinals’ flagship station, KLVI-AM 560 in Jefferson County. 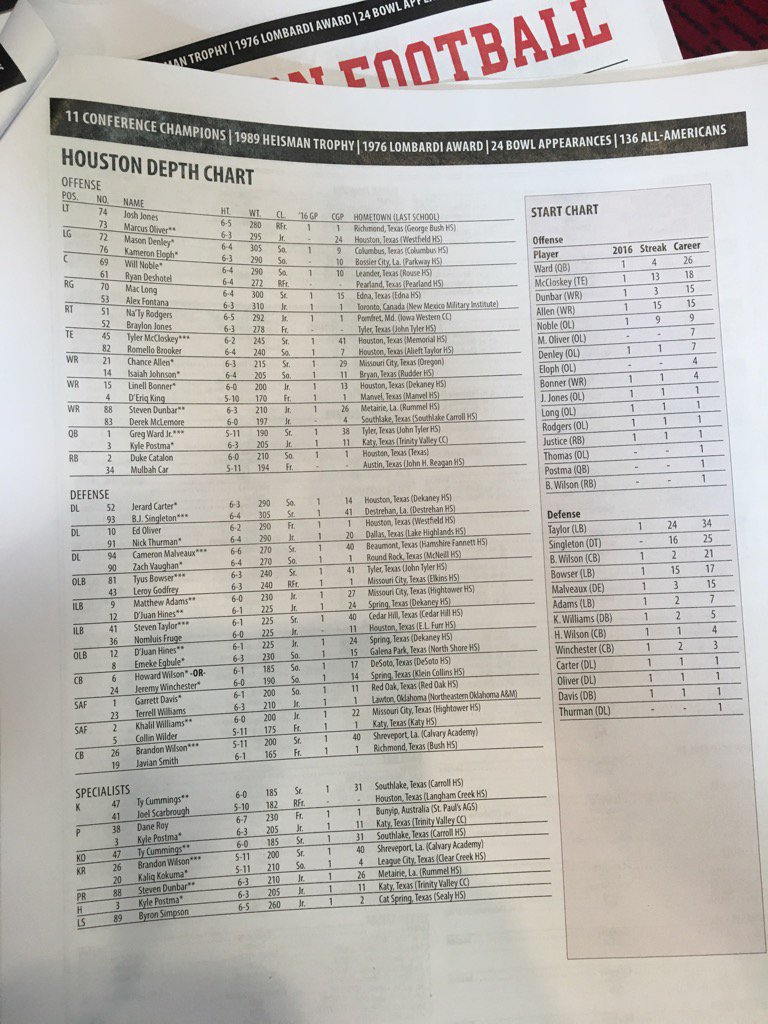 Coach Woodard is a funny guy. Hope he can get it turned around at Lamar. 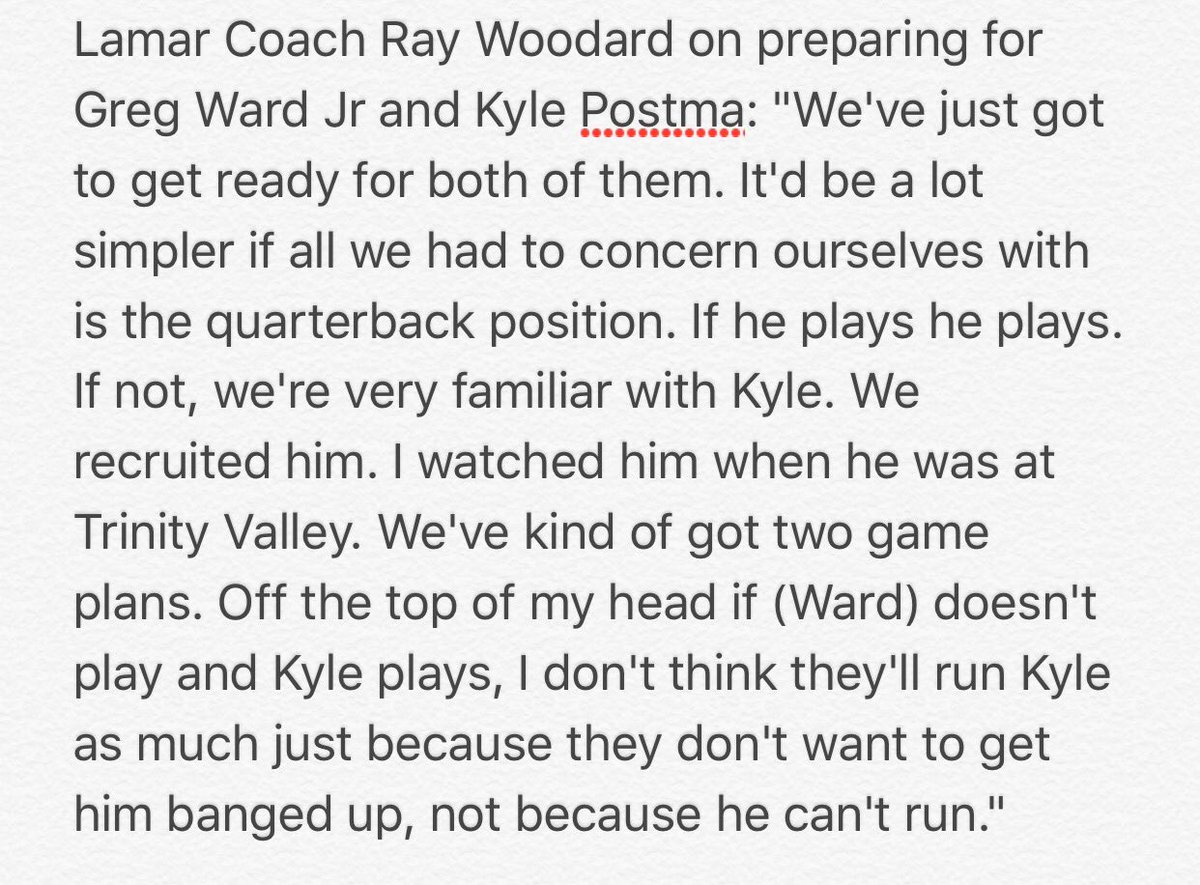