I like this idea — good for impulse buys from casual fans… 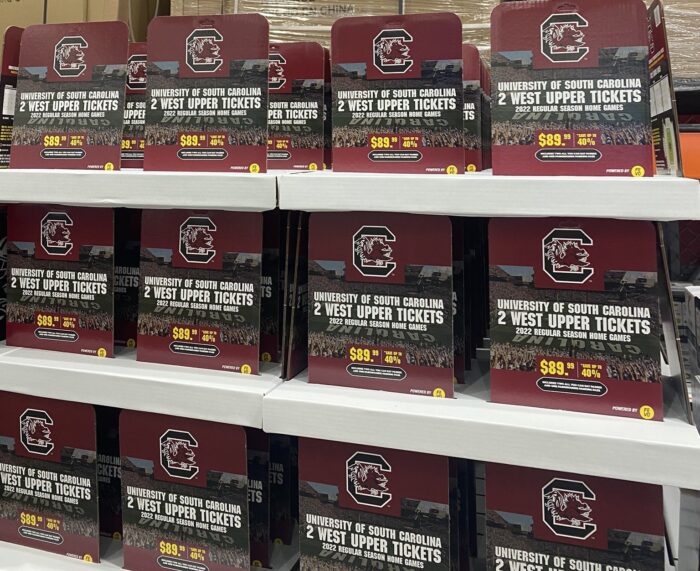 We are coming to that point in the year before college football season where schools are looking to get rid of extra ticket inventory, with kickoff three The Gamecocks Are Selling Football Tickets At The Retail Giant.

"South Carolina issued the following statement — ‘The Costco partnership was attractive due to their success working with MLB brands like the Yankees, Mariners, and Giants where they were attracting predominantly new fans into their stadiums. We also value the exposure across the state that Costco provided. The Costco community is very engaged as evidenced by how aggressively these single game promotions have sold so far. While we were one the first two college football programs to hit shelves, others will be released in the coming weeks. Our goal is to give our team the best home field advantage possible, and filling every seat with raucous Gamecocks fans makes for an intimidating environment.’”