OT: The tale of two five-star recruits who played in Mark D’Onofrio’s defense at Miami

Figure I’d put this here since D’Onofrio used to be our coach. Not sure why the title only include his name when the article talks about Al Golden as well since both players were recruited by Golden. 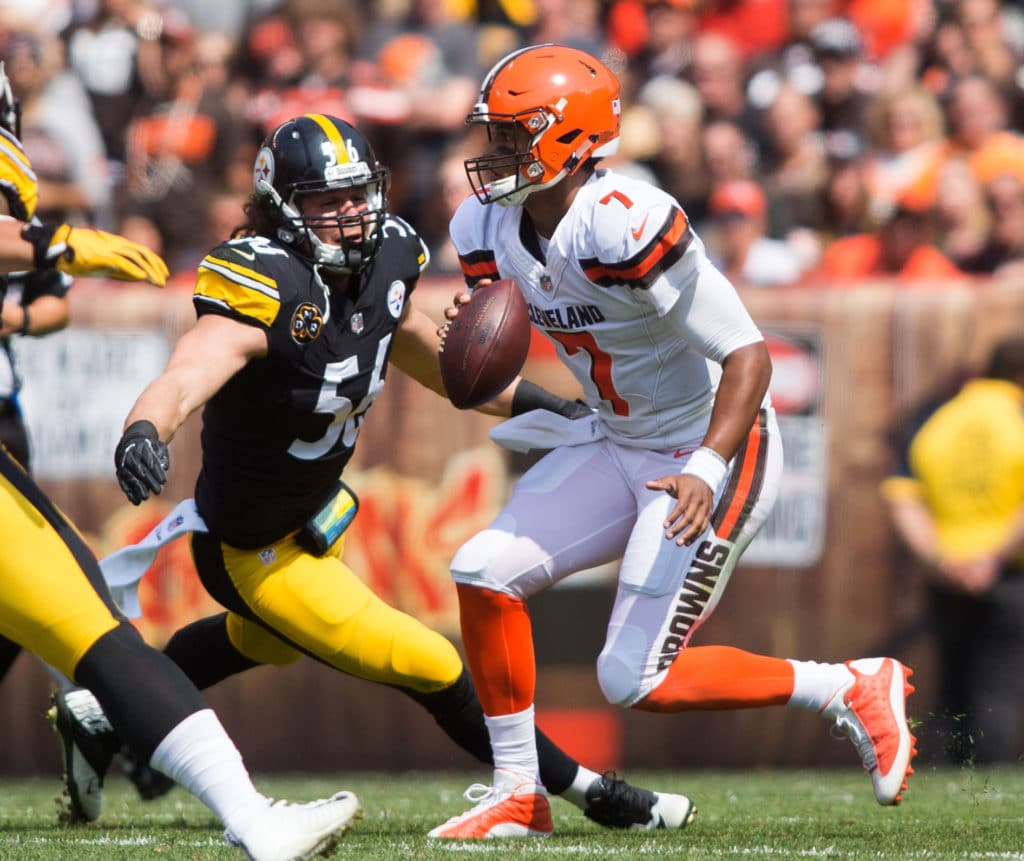 The tale of two five-star recruits who played in Mark...

Anthony Chickillo and Tracy Howard made it to the NFL despite being labeled as underachievers during their college careers.

Chickillo, meanwhile, overcame the long odds of being a sixth-round pick in 2015 by the Pittsburgh Steelers and signed his second NFL contract with the team that drafted him in March. He’s playing outside linebacker – the position Golden and D’Onofrio said he wasn’t athletic enough to play.

“It wasn’t my choice to get turned into a 285-pound defensive tackle,” said Chickillo, who came to UM in 2011 despite the ongoing Nevin Shapiro scandal with the NCAA because it was his dream to play for the same program as his grandfather and his father, Tony, a standout defensive lineman in the early 1980s at Miami.

“That was what the coaches asked me to do and I did it. And looking back on it, I’ll never forgive Coach Golden and D’Onofrio fully because they turned my dream into a nightmare. I’ve used that to drive me up to this point. That’s been my motivation to prove everybody wrong. Because they told me my freshman year that I wasn’t athletic enough to play what I’m playing now. I always knew I was playing out of position when I was doing it. But I didn’t have a choice.”

Chickillo, 26, said Monday he stopped talking to Golden and D’Onofrio after the eighth game of his senior season in 2014. He still hasn’t to this day.

There are two sides to it. But I love his military attitude. “I made a committment. I did what I was told. I motivated myself from it. And I hate my two coaches.”

Give me a bunch of guys that perform despite their personal feelings and I’ll rule the world.

Dorito got issues. I hope someone hires him someday so we can go Miami their board.

Miami warned us. And they weren’t trolling.

Nope, whoever was whining about Miami trolling us back then sure was wrong about that. They were legitimately concerned citizens trying help us understand that Onafario was about to con us out of a bunch of money by pretending to be a defensive coordinator.

There were plenty of posters here who acknowledged that D’Onofrio was a mistake and simply asked the Miami posters to lay off. I agreed, Tillman made a mistake and there was nothing to be done about it.

But it was definitely not a positive sign for the future and history confirmed it.

I still can’t believe someone here kept trying to justify D’Onofrio with slow motion game pics as if the players were the ones who were at fault.

How did Tillman make the mistake? This was on Major and his gawd awful coordinator hires (yes, imo, Briles was a mistake too on several levels). How is Tillman responsible?

Tillman was responsible for hiring AppleBoy.

Gotcha, I guess in a 2 degree of separation, you can say that he was responsible for D’Onofrio, but that was Major’s screw up. Tillman did hire Major

Actually, Major said that he asked (can’t remember name, that Dcoord whose at uta now) who ran his style of D and was told D’O, who was conveniently unemployed. That’s what he said. (It’s not that I have a bad memory, it’s just when they head West across the Brazos I tend to forget them…unlike others on this board who remain obsessed).

Yep, Major should have known better than to trust that guy, something in the water in Austin

Too bad this story wasnt out in 2016. Might have written us a different history of the last two seasons.

Actually, Major said that he asked (can’t remember name, that Dcoord whose at uta now) who ran his style of D and was told D’O, who was conveniently unemployed.

I guess Major should have asked Todd who ran his style of D well. Gotta be more specific Major.

So if Major’ s excuse for hiring Dinofrio was that Coach Orlando recommended him,then the big question is who recommended Brian Johnson.

Let’s face it, AppleBoy was in over his head when he was hired…

We have hired from within 3 times…none worked !

Because that’s not how professionals work. Ridiculous and paranoid to think Orlando was trying to screw him. And how badly was Oliver used if he won the Lombardi Award as a sophomore? He probably would have won it again if not for injuries. Orlando also had him playing inside as a freshman.

Actual the D was pretty good his first year, it wasn’t until it was paired up with Briles offense that it gave up big numbers.

Yeah, we were #42 nationally in scoring defense. We played really well defensively against RichRod and Arizona, Temple, Chad Morris and SMU, Quinton Flowers and South Florida, and Tech. I remember being pleasantly surpised that Tech only had 7 points in the first half and just 13 with five minutes left in the 3rd quarter. We kept giving them chance after chance, and they eventually ended up with 27, but only two Big 12 teams held them to fewer points. Aside from the 2nd half of the Memphis game we were pretty good defensively. I felt he needed to be fired last year, but I do think the combination of the Briles’ hurry-up offense and the plethora of injuries were more responsible for his failure last year than his actual coaching ability. But it’s one of those things fans latch onto and will be forever what most think, just as many basketball people around the country assume the extent of Guy V.'s coaching acumen was tossing a ball out before practice.

Everything else hasn’t been very accurate.