OT: What are some memorable on campus stories?

I don’t think UH fraternities can afford those mansions, and they would have to probably go through hurdles. That neighborhood may not want fraternities

Spring 1983 I had Clyde Drexler and Larry Micheaux in Psychology class. Talked to them every class period about the season and through the tournament. Didn’t see them much after the Championship game.

Fall 2011. Word got out that Beyoncé was at the library. Missed it because I was stuck in class lol

Here are some of mine:

Before UH, senior year, Fall 2015. First UH game was vs Navy for the Title Berth. I was applying to both with a USNA preference, but seeing the field rush was pretty awesome (didn’t see CSC security though). That was probably the first year I’ve seen people WANT to go to UH, because of all the buzz happening around campus and in the city. I heard about the undefeated streak through news on Snapchat while I was in San Marcos.

Climbing on the top of a few academic buildings. STL was a cool one.

Getting into Fertitta when it was like 2AM lol. Open door is fun.

The time someone tried to set the Lofts on Fire.

Lets just say I see why the refs leave the field as soon as the clock hits zero.

Textbook Brokers for me. lol

Frijoles! The Preston Smith speech in 1970 that was disrupted by protestors yelling “Free Lee Otis” because of a trumped up marijuana charge. He couldn’t understand why students were so upset about beans.

I remember some Texas State students came to UH student section back in 2015 to start some trouble. There was a bit of a scuffle and let’s just say they all left at halftime.

That f Texas State chant was legendary. The games hit different when you play an in-state opponent which is why the Big 12 can’t get here soon enough.

Past my time of living on campus, but I was at this game 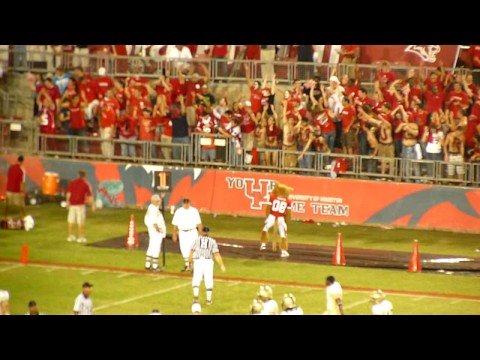 In the mid to late 80’s, I was hitting the open frat parties (Sigma Chi were the best ones).
Hanging out a lot at the UC - Satellite throwing a football or frisbie or we would just watch the ladies walk down the sloped sidewalk).
In the Spring, there were some good open-air parties on campus (IEEE chili cook-off, there would also be an event at Lynn Eusan Park).
Good times!

Lost a crown on my tooth and had yet to get it fixed. Bit down on a cookie as I was starting a calculus final and my tooth cracked. Started feeling sickly but decided I was going to finish the final, or puke on my desk.

Bowling and drinking beer between classes at Bauer.

You young Cougars got nothing.
In the fall of 1962 I was in my last semester in law school. Law school was in the basement of MDA. If you’ve never been there you would not understand what a bunker this is. Hurricanes could hit and you wouldn’t know it.
I was dating a beautiful blonde who lived nearby in Galena Park. She was “hot” in every way. I would give her a ride to campus and a ride home.
A big rainstorm hit and being soaked to the bone she had taken all her clothes off and put on her plastic raincoat. You remember those old kind where the plastic was not opaque. She came into the law school library to get me to take her home wearing only that plastic raincoat. In those days we had only a handful of female students-a male dominated world. She came up to the table where I was studying. The library of course was usually quiet but even before I saw her I could hear rustling of chairs and books. Standing there in her raincoat she asked, “Jim, can you take me home now? It’s raining cats and dogs and I got soaked coming over here so I had to get out of my clothes (she was carrying them in a bundle)”.
You should have seen the expression on the guys faces as I walked her out and then to my car. I got soaked too. I caught some jawboning and jealous kidding the next day.

I lived in the dorms 1969-1971. The first year we lived in Settigast. I remember a friend of mine deciding that he would give a moon shot to people coming by tennis courts towards the dorm. He placed his naked buttocks against the window and broke the glass and cut himself so badly he had to go to the infirmary. I will never forget his having to explain how he cut his ass. The second year we moved us to the newly built Moody Towers. We had one person who worked the night shift at the check in desk. While he was on duty someone stole the Persian rugs that were on the lobby rug right under his nose. Now even though he is a respected judge, we never let him forget this episode in his life.

I was there and can testify that this true.

Thank you for that story OG. THAT is legendary.

That time someone fell in the atrium of the architecture building.

I just remember going to the Den with some buddies and it was shoulder to shoulder jammed packed in there. There were so many emotional highs and lows, as Keenum was sacked and it seemed like Tulsa was about to beat us. Then the onsides kick happened and Hogan’s field goal sealed it. The place was pure euphoric, as everyone jumped up and down hugging each other.

That time someone fell in the atrium of the architecture building.

Or taping all the yellow pages books together and dropping them from the top floor of architecture into the atrium. The booms were awesome. Also the books would bounce up at least 10 feet.

Tekes in the late 80s/early 90s had 2 large “open” parties. Tiki Island in the Fall and End of the World in the Spring. 25+ kegs, live music, radio stations etc…1000 people in the back yard.

Also seeing Andre win the Heisman at Itsa Pizza in the basement of the towers was electric.