I can’t understand why an expanded playoffs wouldn’t help everyone. Unless they are worried that multiple SEC teams will prove that the 4th best SEC team is way better than another Conference’s champion.

The state of CFP expansion: https://t.co/cOws48irQ6 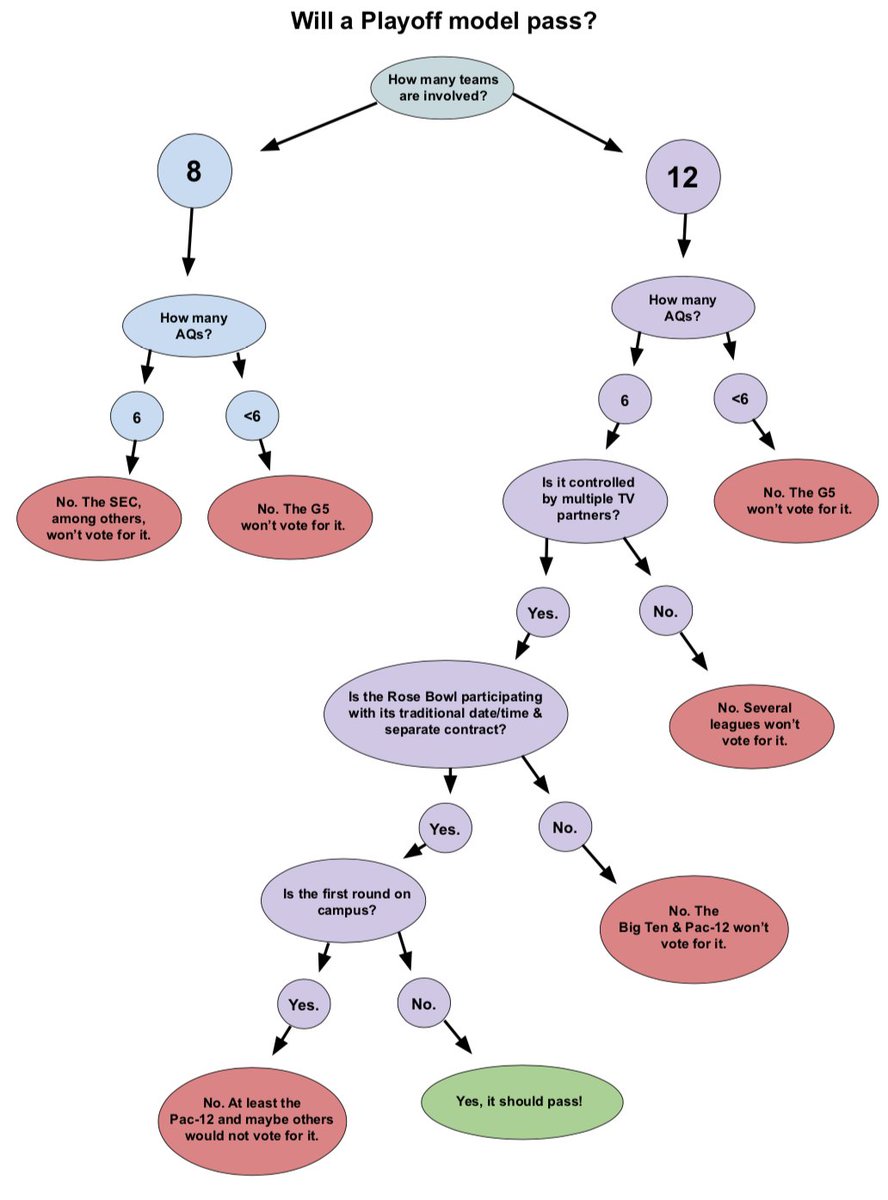 Well its encouraging that they are at least speaking and attempting to resolve the 12 team proposal.

I suspect the primary issue will be how many losses will disqualify a participant in the playoffs for those “extra” openings.

Do we keep the BIG12 as a Power conference or not?

I have a lot of difficulty believing the world is going to stop on the basis of what the Rose Bowl wants. We already went through this with the Bowl Alliance and they pretty mostly lost. And I can’t imagine that the Pac-12 would really prefer a continuation of the current format - which has them nearly locked out - just so that they can keep the Rose Bowl. 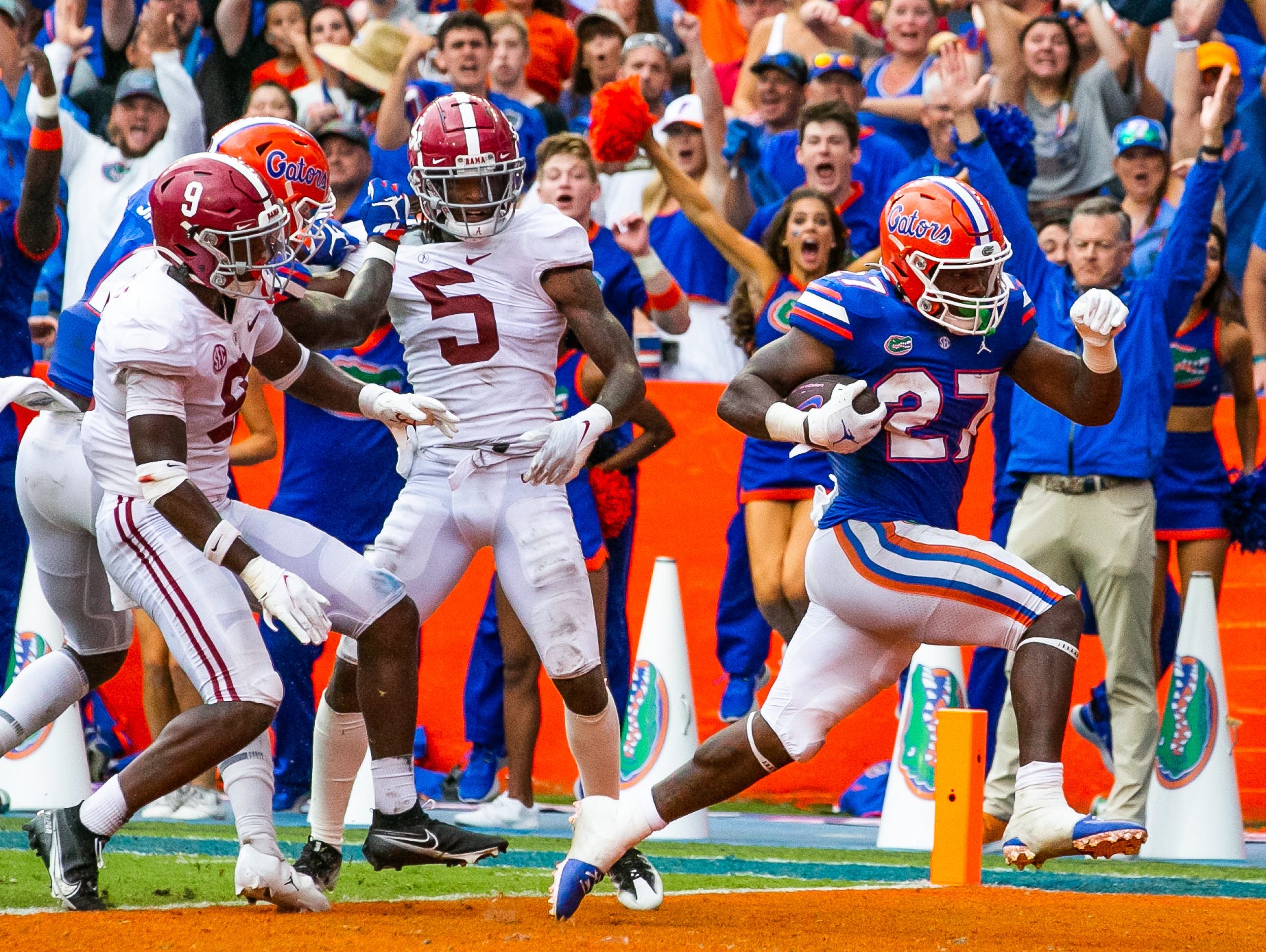 The ACC, Big Ten and Pac-12 joined forces to help shape college football's future. They'll do what the SEC wants, anyway. Matt Hayes on that and more ...

The first round of pay-for-play became official Thursday afternoon, when the SEC announced it would allow member institutions to provide players education-based benefits up to $6,000 per year.

Expect the remainder of the Power 5 conferences to quickly follow suit. The move by the SEC is a clear recruiting advantage. You better believe all 14 member institutions will give players the full amount.

More pressing for the rest of the Power 5 and the Group of 5 leagues: How quickly does the $6,000 minimum increase?

“Only a matter of time,” said one SEC athletic director. “We all know that.”

This is where the expanded Playoff becomes a critical factor for college football. The more the minimum for education-based benefits increases, the more pressure on FBS schools to keep pace.

The easiest way to increase revenue outside of individual conference media deals is the Playoff. An 8-team Playoff doesn’t have near the payoff of a 12-team Playoff."

ADD
The one year of expanded rosters to mitigate transfer portal losses has the feel of being permanent and its getting expensive just to hang in there.

The problem for the SEC is numbers. Too many high quality recruits. So no matter what SEC does with respect to buying players, they are left with 85 max roster (which won’t be increased due to opposition of other schools). Good coaching will negate effect, and level field.

So, don’t fall for pressure tactic, and don’t negotiate away CFP position for chump change.

Why does anyone in the g5 care about expanded playoffs?

You’ll get one representative.

You wanna go to a 24 team playoff?

You’ll get one representative.

If there are 8 teams they will most likely get 0 spots, so it matters a lot.

Yes. G5 just needs a “sure thing” when you have a great year.
Aresco needs to do everything he can to get it rolling ASAP.

The added $ and getting a leftover team in (Memphis? or SMU ?) would be huge for them.

That guy has a tough job.

I think one is the most likely outcome (because there will be 9 or 12 teams), but none is distinctly possible if there are 8).

That guy has a tough job.

Money, bowl sites and simple animosity have turned a rubber stamp into a raging wildfire

There is a now creeping dread that the stakeholders who put this thing together will watch it fall apart."

Bob Bowlsby says they couldn’t get unanimity on Playoff expansion. “I am disappointed.”

“Up for debate are numerous issues that remain familiar.”

In some ways, key playoff stakeholders have never been further apart

Future Big 12 Likely on Outside, Looking in on CFB Playoff

Another year, another failure by the Big 12 to win a national championship in football. Of course, the last time the Big 12 won a national title was unforgettable. The 2006 Rose Bowl. Texas beat USC, 41-38. Vince Young carried the Longhorns to a...