Please no politics! --> I FEAR FOR OUR DEMOCRACY

Politics is money. The Virginia soccer moms have spoken as will a ton of soccer moms in 2022. The whole woke, defund the police, transgender rights agendas are ringing hollow when the soccer moms are paying more for groceries and more for gas. That may sound harsh but it is the truth. Youngkin cracked the code.

I mean a little bit… I’m a big believer in 97% of winning an election is simply getting your team to show up. The other 3 percent might be persuasion. And the preliminary stats are bearing that out. There wasn’t any major swing in voters switching at this point. Youngkin got 80+% R turnout of 2020 presidential election McAuliffe is looking in the mid 60’s democratic turnout. That’s the bigger story Republican energy. Same in Jersey big R turnout much lower D turnout.

You can never persuade enough swing voters to make up for your base not showing up. That’s what Republicans do best get their basr to show up… Everytime

The creamy middle voted Biden because they hated Trump. The Dems misjudged what that meant and thought they had a leftist mandate. They didn’t and won’t. The Dems are horrible at messaging, horrible, not kinda bad but horrible. Everyone supports the infrastructure bill. Pass the damn thing. The BBB has items that are universally supported but they rolled it up with these stupid leftist agendas that only has VERY narrow support. If Biden was smart he would break that down into individual components and pass the ones everyone supports. He gets momentum and no one quibbles about the price tag. But you can always count on the Dems to do the dumb thing. If fascinates the poopoo out of me how eat your own dumb the Dems can be.

Won’t hear any argument from me on the way Democrats electioneer, and message suck and suck big. 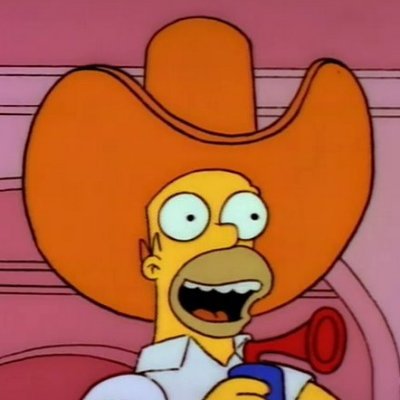 On This Day in Simpsons History (dailysimpsons)

When Stampy runs away, he passes the Republican National Convention, with people cheering, and then he passes the Democratic National Convention, with people booing. This is a reference to the fact that an elephant is the symbol of the Republican Party. twitter.com/Lozjoz85/statu… https://t.co/7sMGUrBSph
1 Like
FortWorthCoog November 5, 2021, 9:41pm #25

The Dems are horrible at messaging, horrible, not kinda bad but horrible.

True, the Republican party always gets in line and gets the message down. The hard facts are that a majority of the country at least leans left, but the Democratic party has never really capitalized on it. The right has such an on point message they have convinced millions to vote against their own interests on specific issues because they know how to sell it. Also better at making those people feel like they are on a team and if the other team wins, then they lose which is almost never the case. I mean just look at how a guy who wasn’t even a Republican became president under their party but they were able to keep it together. Now I do think its a lot harder on the left because there are so many levels on what people want where on the right its basically just “don’t change anything”. I always wonder what would have happened if we were a country that didn’t need a civil rights movement that flipped the entire poor white south from Democrats to Republicans.

p.s. - presidents don’t write legislature. Uncle Joe just can’t whip out his pen and write a bill. Presidents don’t have as much power as anyone thinks. Just like how the last guy couldn’t get his top priorities passed even though his party had control of the house and senate the first two years. But again, the party spun and hid those failures well.

I agree with a lot of what you are saying other than the country leans left. The country is slightly right of center. My humble opinion of course. The biggest issue with the Dems is they flat out don’t know how to govern. They win and then they act like children squabbling about who gets the ball.

If you win, you have to line up everyone behind you because you have to ensure that you win the NEXT election. You hammer anyone that steps out of line. You cut them off from funding and you tell them that they are going to be primaried if they step out of line. The GOP knows how to do this. The Dems are stupid naive children.

. The hard facts are that a majority of the country at least leans left, but the Democratic party has never really capitalized on it.

One of the best expressions I’ve heard is that America is symbolically “center-right” they like hearing the words fiscal responsibility, limited government, etc. But practically it leans left when even in conservative states ballot measures that are usually identified as left ideas have a lot of traction not to mention just the popularity of positions in general.

he country is slightly right of center.

I probably should have used the word “liberal” but didn’t want to get banned for doing so. If you want to go with a traditional matrix of politics, then I can agree a little right of center. But Joe Biden is also right of center on that scale as are at least half of the Democrats in congress. 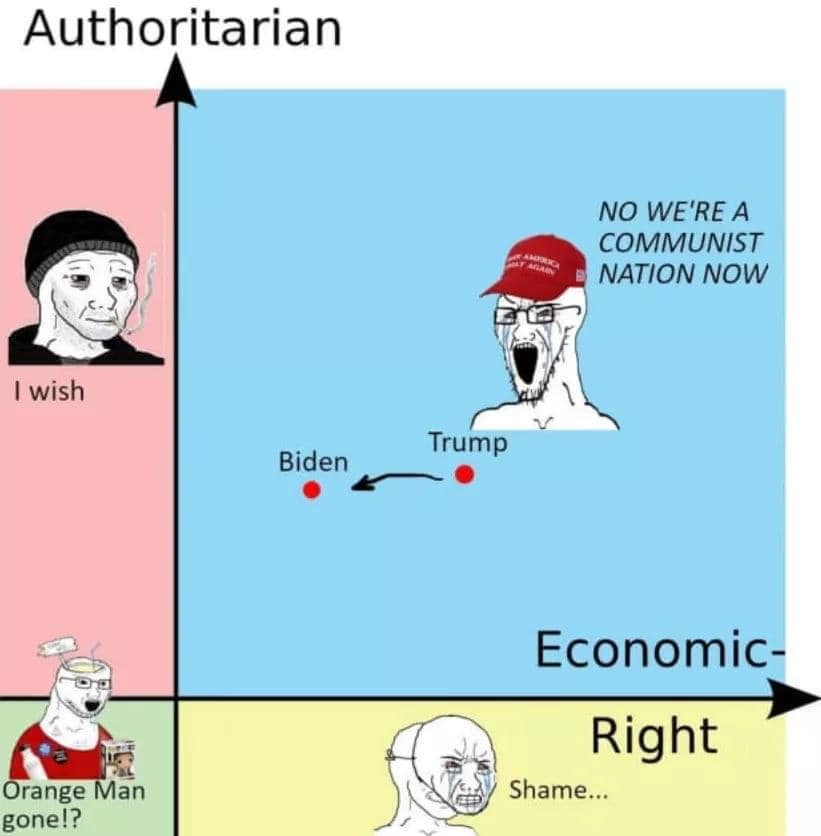 I am a Reagan Bush republican who was hoping Biden would do well. He is like Margaret Thatcher said about Gorbachev, “he is someone we can do business with”.

But he got off into the weeds with the leftists. He is a one termer.

One of the best expressions I’ve heard is that America is symbolically “center-right” they like hearing the words fiscal responsibility, limited government, etc. But practically it leans left when even in conservative states ballot measures that are usually identified as left ideas have a lot of traction not to mention just the popularity of positions in general.

Fiscal responsibility and limited government mean different things to different people. Limited government could mean legalizing drugs, gambling, allowing abortions, a smaller military, etc. Not sure how fiscal responsibility would fall on either side. Communist nations can run a balanced budget while countries like ourselves have the deficit go up regardless of which party is in control. I think this is all part of the big trick. It all comes down to what you want the government to control and what you want them to spend money on.

Don’t get me started on limited government because I keep running into way more hurdles and cost of doing business in R states than D states. Its flipped when it comes to big corporations though and that is all that ever talked about. Neither party really cares about self employed or small business owners, but at least stop with the laws that make it harder.

The two biggest lies in politics is that the GOP cares about fiscal responsibility and the DEMS care about the little guy. Just lies we tell ourselves.

All Politics is about Power and Control.

Most Legislation has that in mind. But it is dressed up with fancy words so voters will think it is about them. It is not.

Did Virginia use Dominion Machines? They should demand a recount.

Oh Republicans and Democrats…will their sheep followers ever grow up and think for themselves?

Let’s see…all late night so called comics are losing to:

Greg Gutfeld
What network is he on?

And this thread is still open???

I know. Its a crime.