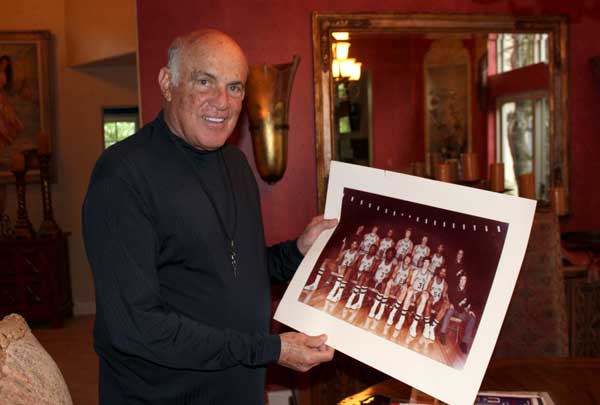 On a desk in Rudy Davalos' home office in Horseshoe Bay is a stack of photos, mementos, media guides and newspaper clippings. Turns out, Davalos never returned to the Spurs. Instead, he took the Houston job and received a four-year contract worth $100,000 a year. He hired Foster and Pardee and was the AD when former quarterback Andre Ware won the 1989 Heisman Trophy.

“Andre Ware is one of the nicest young men I had the pleasure of knowing,” Davalos said. “I got to go to New York and the White House (with Ware after the Heisman win). At the White House, they took an X-ray of the Heisman before we met President George H.W. Bush.”

Because the Cougars were banned from being on television for NCAA infractions that came before Davalos was in charge, former Houston sports information director Ted Nance had to create highlights of Ware’s performances to send to Heisman voters.

While at Houston, Davalos hired the first African-American female head coach, Jessie Kenlaw, who led the Lady Cougars from 1990-96.

And he added those Gucci seats and the ads on the scorer’s table for basketball games.

“All that stuff I started at Houston, everybody started doing it,” he said. “We did it as a necessity. I was the first athletics director in the Southwest Conference who did that.”