I hope the call isn’t made.

If it is…well it is.
I really doubt it but it does happen we have a young man ready to go

Do we have a coach in waiting

The question is would Fertitta upset one apple cart trying to fix his other apple cart?

I bet Sampson would be down for the challenge, but I’ll be totally honest he’s more equipped to succeed at UH than trying to win a title with the pieces at Toyota Center. Also… Fertitta is cash strapped now, that roster isn’t getting any major upgrades.

I don’t think CKS would leave now that he has the program at this level unless he tired of recruiting.

Rockets have a lot of long term questions and no flexibility going forward.

Maybe this was the plan all along with JR in-waiting

He was on our BOD. Such a move would probably be unethical based on contemporary business law and norms…or at least highly suspect.

If Fertitta offered Sampson, then I’m down for it. At least Kelvin will be coaching a local pro team. It would be more upsetting if Kelvin left to coach another NBA or NCAA team. Keep him in Houston.

However, the NBA is a grueling job with all the travel involved and Kelvin might be ready to tone it down.

My guess is Kellen is ready and Kelvin will be nearby to offer advice.

Why would you be ok with Sampson going to the Rockets ? You’d be ok with the Cougar basketball program possibly taking steps backwards in order for a pro team to do better ? I wouldn’t be supportive of Fertitta making this move…not one bit of approval from me !..

I think it’s the other way around as far as grueling. College coaches are recruiting all year and flying to different AAU tourneys. NBA coaches are off for 2-3 months during the off-season.

Both environments have a level of babysitting egos. I think babysitting NBA egos is much more difficult and time intensive.

I disagree since it’s a job for everyone in the NBA. You leave work the job is over. College you are worried about guys getting in trouble or grades. If NBA players gets in trouble it’s not on the coach.

I’m going to answer two posts with one reply.

It’s a hypothetical and probably won’t happen. However, if Sampson WANTED to coach the Rockets, who among us are going to stand in the way? Would it be injurious to many Coogfans egos wanting him to remain as HC of UH? Yes, but ultimately it would be HIS decision. Whatever happens to Kelvin, I want him to remain in Houston either as the Rockets HC or UH.

You make good points and I don’t necessarily disagree, but doesn’t Kelvin have assistants to carry the load for recruiting? How many times have we learned of a prized recruit signing with UH due to the work of Kellen and others? Also, doesn’t Alvin Brooks recruit the Houston area?

I believe UH is close to becoming the “it” program in the nation to play college ball.

First, we really don’t know who the Rockets will go after for their coach. Second, Kelvin Sampson will do what he thinks best for him and his family.

However, CKS has said, “You don’t mess with happy.” So, until something definitive happens, I am taking it that he is still happy and will be our HC. No use stressing over something that hasn’t happened and may not happen. Regardless, should it happen, I would have no problem going forward with Kellen Sampson as our HC. You know he would have access to the Rockets and I think that has shown to be a recruiting advantage.

It’s my understanding Kellen does all the heavy recruiting. We would have to replace him as a full time recruiter but he would still recruit. I’m also under the understanding that he wants to coach NBA because that’s a goal of his.

I think if fertitta and him have talked about the possibility then it would be fine. We wouldn’t go down in production or coaching because Kellen and coach have been together 6 years. There’s already a foundation and a plan. There’s culture. If the whole staff goes in one sitting then there would be a problem

Edit: didn’t read the title of this thread because I saw the word rockets. But looks like coach might just move across 59 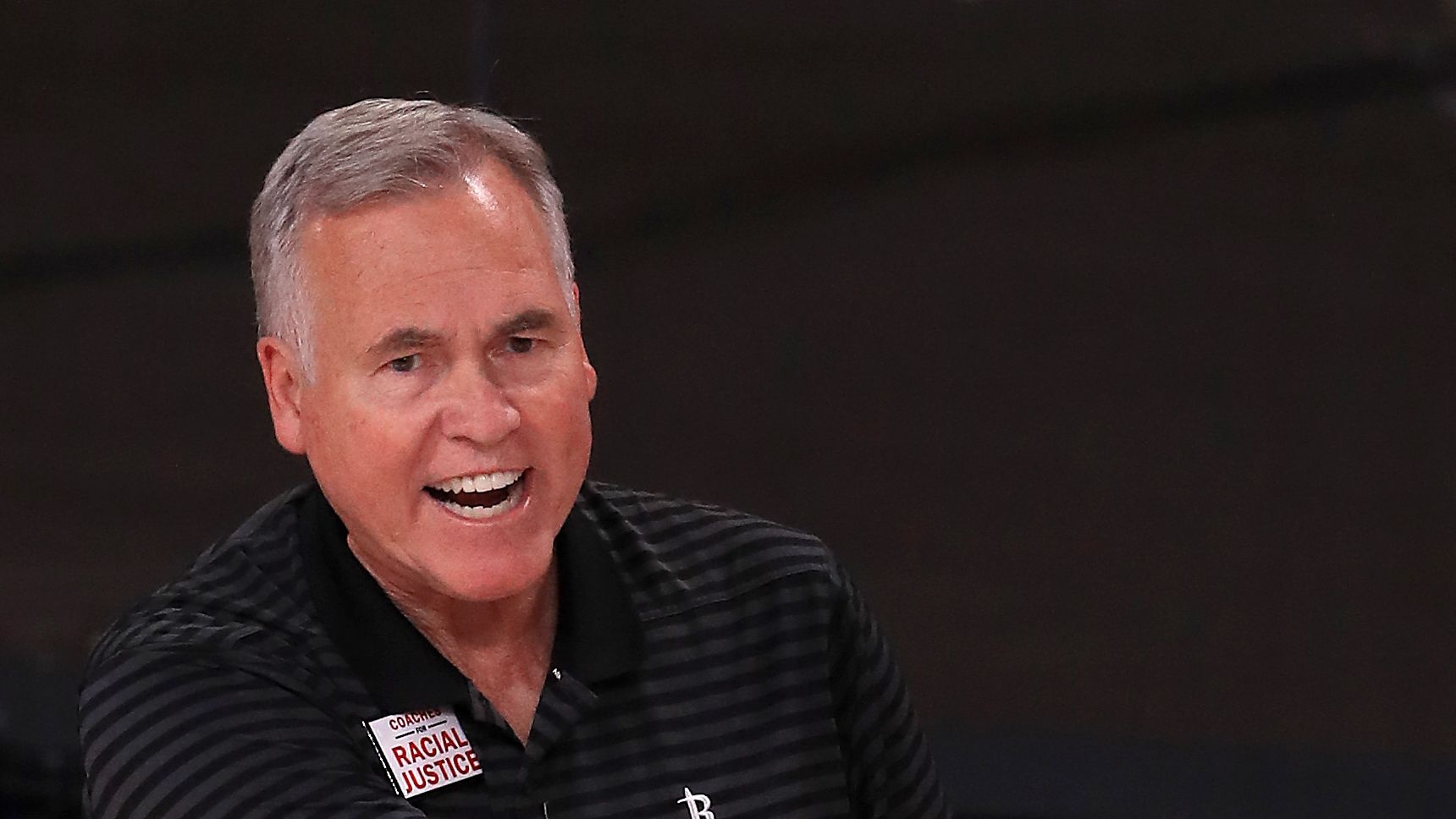 He already told 76ers he wasn’t leaving Villanova, which wouldn’t have required for him to move. No way he’s coming to Houston when there’s opening right next door! 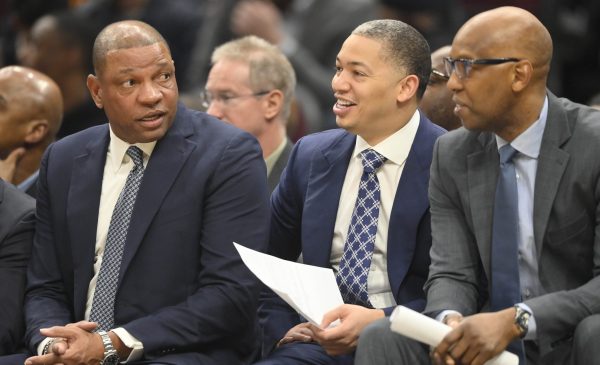 Clippers assistants Tyronn Lue and Sam Cassell are both expected to be considered for the Houston vacancy, according to media reports.

It really should be Mark Jackson.