Texas Monthly says get UH in the big12 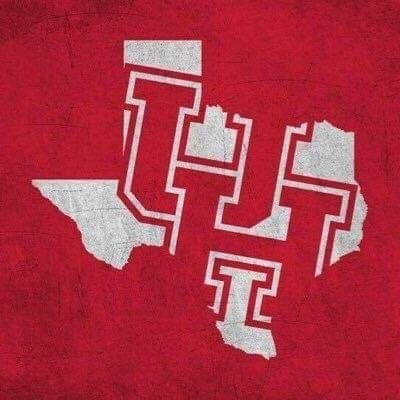 We Have Some Ideas For The Big 12 Expansion shar.es/1Jsxb2 via @texasmonthly
3 Likes
BannedUserForAbuse (User was banned for sending threatening/abusive messages.) June 9, 2016, 1:19am #2

This article will get you fired up!
FINALLY huge % of public opinion sees it our way.

FINALLY huge % of public opinion sees it our way.

At least public opinion in Texas.

Interesting because TM has some strong ties to the university in Austin.

I loved that article.

The Texas Monthly essentially declaring us the potential savior of the B12 is frankly hilarious. Love it!

I never thought I would see the day that such an article would appear in Texas Monthly; we are making progress!

Good to see a publication give credit to UH not only for its athletics, but also the transformation of the campus, the student body and the academics.

UH has some distance yet to go, but it has come a looong way from where it was when most of us attended (pre 2000).

I agree Pat. This is a heavily influenced UT publication and to get endorsed means something. I was skeptical at first but this says something. Oh and Welcome to the new CF EatEmUp!

More on Boren and B12 expansion

"Essentially, (each school in) the Big 12 would (continue to) get the same amount it currently gets from its TV partners (when) adding more schools, approximately about $23 million per… And the Big 12 doesn’t have to pay anywhere to full amount to the new members… So existing members could get a minor windfall from what’s left. "

Do we think AustinMonthly will have this in print edition, or is this just online?

I posted this on Scout/CougarDigest:

To say Texas Monthly has not been affectionate towards Houston (the city) is an understatement. I cancelled my subscription over a decade ago. I only read it now in doctors’ offices.
So when they swallow hard and write an article such as this, I do a double take. I still believe they wrote it because, Perrin notwithstanding, the Big 12 is in trouble. And adding a playoff game won’t fix what ails them. So Texas Monthly is taking a page from Red McCombs.
This isn’t an expression of love for Houston or UH. It is RECOGNITION that, like it or not, the Big 12 needs UH. And it needs the city of Houston. And if they don’t pull their thumbs out of Perrin’s derriere they could miss an opportunity. Forever.
There is bound to be a point of no return in this city’s takeover by A&M and the SEC. (Oh, and to correct the author, Houston is the largest collection of LSU fans and alums ANYWHERE, not just in Texas.) One day that might even involve UH. Who know’s where it will stop.
For sure the media contract won’t continue to pay for viewers who aren’t there anymore. Iowa State v. K State? Who cares? No one in Houston, that’s for sure. And the LHN? That’s a joke. Perrin can push that all he wants, but even UT alums in Houston don’t watch it. But UH v. any other school in the Big 12 will move the needle.
So congratulations to Texas Monthly. I realize this doesn’t change anything for you. But if you don’t love us you better damn well respect us.

Here is the guy who wrote the article: https://www.linkedin.com/in/john-lomax-b49b2417

I too think that “something” is indeed changing. In past years we heard it all.
• UH is a commuter School – No longer valid
• UH is not a research University – No longer valid
• UH does not have the sports infrastructure or the monetary commitment – No longer valid
• UH has no fan base – Demographics/data is indicating/showing that it is rapidly changing
Baylor’s demise is a huge factor that plays in our favor. I can’t stand that we could benefit from their downfall but it is now in the conversation. This penn state “like” scandal has put a huge black eye all over the small12 just look what we have to offer the small12 and the national media.
• Up and coming Coach
• An urgent need for the small12 to “recapture” the greater Houston area market
• A program recognized as the “third” most popular in the state of Texas
All of these points were mentioned in the article. That is the VERY FIRST TIME that I have read a major in state publication mentioning all of the above. The chron has never done so, ever. That “something” is brewing.

True but he was published…THAT’S a double bonus point for us espcially in the Texas Monthly.

Wait…so does this mean it wouldn’t be a good TV deal for us?