“We’re built to stop the run,” Herman said. “We’ve got to get better against the pass.”

About an inch was all that separated the Houston Cougars from disaster last night. That’s just about how short Tulsa’s Jesse Brubaker was from getting the ball over the goal line with no time on the clock. But it’s not how a team gets the win that... “That was fun, huh?” asked head coach Tom Herman after the game. Though fun might not be the word that Cougar fans would choose to employ. 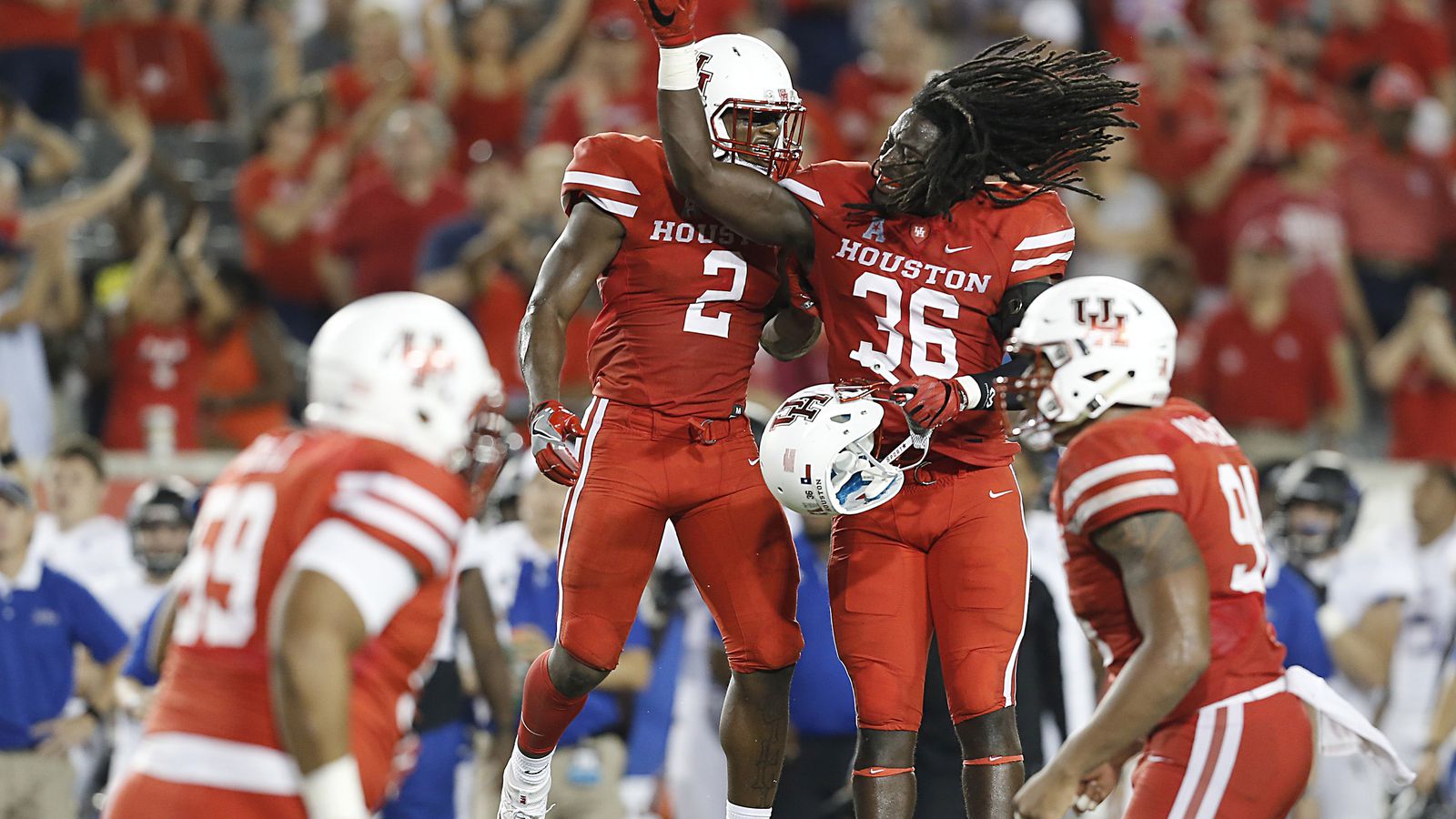 Houston escapes with a 38-31 win over Tulsa

Last-second defensive heroics secure the victory in a rollercoaster game... Brubaker caught the ball literally inches from the goal line and needed only to twist his body or extend the ball across the plane to score, but Houston defensive backs Austin Robinson and Khalil Williams met him and drove him into the ground just outside the end zone. “We substituted in a lot of guys that, quite frankly, hadn’t played defense all night,” Herman said. “Aymiel Fleming, true freshman, was in there at defensive line and then, obviously, Austin Robinson.”

I’d like to see the red helmet white pants combo at least once this year.

I really hate looking like Nebraska but then I have no say in the matter.