UFOs do they exist?

Thirty-six thousand feet above New Mexico was a normal flight to Phoenix. A little over a four-hour flight, that landed three minutes early, but captured audio from the plane tells of a shocking moment above the clouds. “Do you have any targets up...

I guess we will find out in 6 months:

US intelligence agencies have 180 days to share what they know about UFOs,...

When President Donald Trump signed the $2.3 trillion coronavirus relief and government funding bill into law in December, so began the 180-day countdown for US intelligence agencies to tell Congress what they know about UFOs.

If you have actual encounters feel free to post them here. Now if you were probed in unspeakable ways please don’t get political with this. Your nether regions can be probed by aliens on both sides of the aisle.

I think most of it is bogus. It’s almost always Nevada, New Mexico, Arizona. Don’t you think an alien would be interested in NYC or Paris? Yet there are never any sightings.

But where is the US getting that tech. According Bob Lazer(love that name) its UFOs

I am a UFO agnostic. But the military acknowledges that there are flying objects with technology that we don’t posses. If the U.S. doesn’t have the technology, who does? 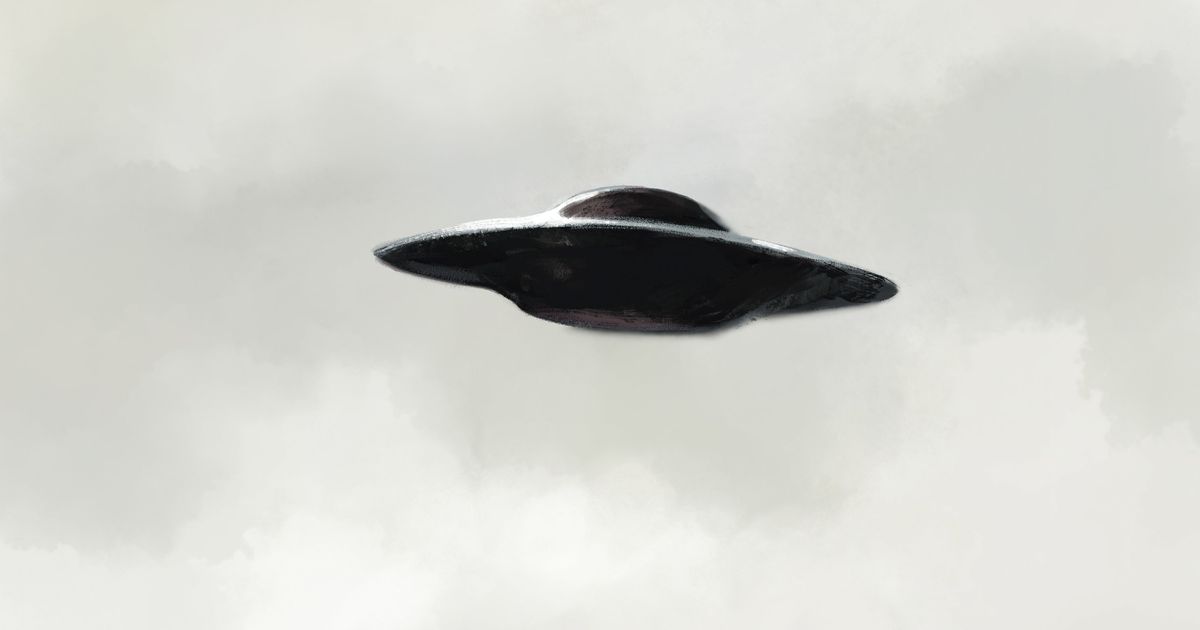 13 Reasons to Believe Aliens Are Real

How seriously should you take those recent reports of UFOs? Ask the Pentagon. Or read this primer for the SETI-curious.

There are people that have been very high up in our government that acknowledge it and want answers.

Yep some of these stories are from nut jobs. But some aren’t…

You have to start with the assumption that you trust what the guvmint tells you. Therein lies the rub

I’m conflicted on whether they exist. From a God perspective, I think we’re special in that he only created us , not other beings on other planets, otherwise, it would have been mentioned in the Bible bc otherwise the devil has to deal with the other beings along with Jesus dying for them. Many Christians think they could be demons but if so, they don’t need to hide etc.

On the secular level, I don’t doubt the people that see things but it could be our government. We’re more advanced than they want to let on and like mentioned, it’s always most often near the Nevada bases.

I do say this that if the public actually saw UFOs on a reg basis, it could throw us into panic both on the religious as well as secular side.

Question is, why don’t they just appear and drop down and talk to us like on Star Trek? Lol

I really don’t know what to think but it’s interesting. We do have fighter jets that are advanced but I haven’t known of circular ones that can move on a dime being reported way decades back.

Don’t know but maybe Captain Kirk knows. Interesting thing about that show is that the play technology that had in that series is here in many ways or getting there. The producers had foresight.

Right now , I think it’s our government. We have technology to knock out all electronics for ex.

Yet, the Marfa Lights remain unexplainable

The closest UFO experience I can claim was when I was 9 yo in the mid-1960s in Spring Branch. It was a warm, partly cloudy early summer around 10am and I was kicking a football straight up as high as I could then catching it, over & over again, while my mom hung clothes on the backyard clothesline. As my last kick sailed directly above my head, something caught my eye that looked like a gray smooth metal pipe that was rotating on its own axis. At first, I thought the pipe was moving slightly, but realized it was an optical illusion as clouds passed under the pipe, but I never saw a cloud pass behind it. I didn’t notice any sound or see any lights on the thing, either.

I yelled for my mom to look, and after a moment or so of wondering why there was a rotating pipe in the sky, she told me to fetch the camera. Just as I was coming out the back door with the camera, another white fluffy cloud passed in front of the pipe, but when it cleared, the rotating pipe wasn’t there. My mom and I stood there scanning the sky thinking it moved, but had no luck.

Reportedly haunted locations: The Marfa lights, also known as the Marfa ghost lights, have been observed near U.S. Route 67 on Mitchell Flat east of Marfa, Texas, in the United States. They have gained some fame as onlookers have attributed them to paranormal phenomena such as ghosts, UFOs, or will-o'-the-wisp. Scientific research suggests that most, if not all, are atmospheric reflections of automobile headlights and campfires. According to Judith Brueske, "The 'Marfa Lights' of west Texas hav...

Think of how far Germany was advanced in WW2. If the war was prolonged, they were on the verge of the atomic bomb, rocket technology etc. We lucked out beating them before it was too late then we brought their scientists here to continue on and many were brilliant German and or Jewish scientists. One of the German scientist helped us with rocket technology to later get to the moon. Mankind is more advanced than the gov wants us to know. We could very well have saucers. Hitler was actually experimenting with them in the 40s.

Don’t know if there have been UFOs or not. However, I find it non-believable that in the vast expanse of the Universe, with billions of stars and zillions of planets, that we are the only sentient beings. There have got to be others; lots of them. However, until we as a species develop faster than light travel, it will probably be difficult at best to find those other sentient beings.

I am not concerned about the religious aspect of us finding out we are not alone. It will just give the Mormons more residences to call on. “Mr. Morglock do you have a minute, or however you define time, so I can talk to you about the Church of the Latter Day Saints. I know you have mastered warping the space time continuum but have you thought about where you are going to spend eternity.” It will be fine. They will be confused why humans peddle bicycles when there is warp drive technology.

My Catholics are already on top of this:

Vatican astronomer says if aliens exist, they may not need redemption -...

If aliens exist, they may be a different life form that does not need Christ’s redemption, the Vatican’s chief astronomer said.

We have it figured out.

I agree, I don’t think we are alone either. Einstein is right, there will never be faster than light travel, that is the cosmic speed limit. So that leaves the ability to fold the fabric of space. That is possible. I’m catholic but I still think it throws a monkey’s wrench in the Bible bc it doesn’t mention other beings on other planets, only that God created it all. He could have said and created earth and the universe , other beings and life here.Why after decades haven’t we caught any crash landings etc to identify these beings if they exist. There’s no real proof and they only seem to go in isolated places vs over a large city where thousands see.

A lot of the sitings are over the oceans. Maybe they are keeping a low profile.

Ask Samaje Perine what a UFO is… 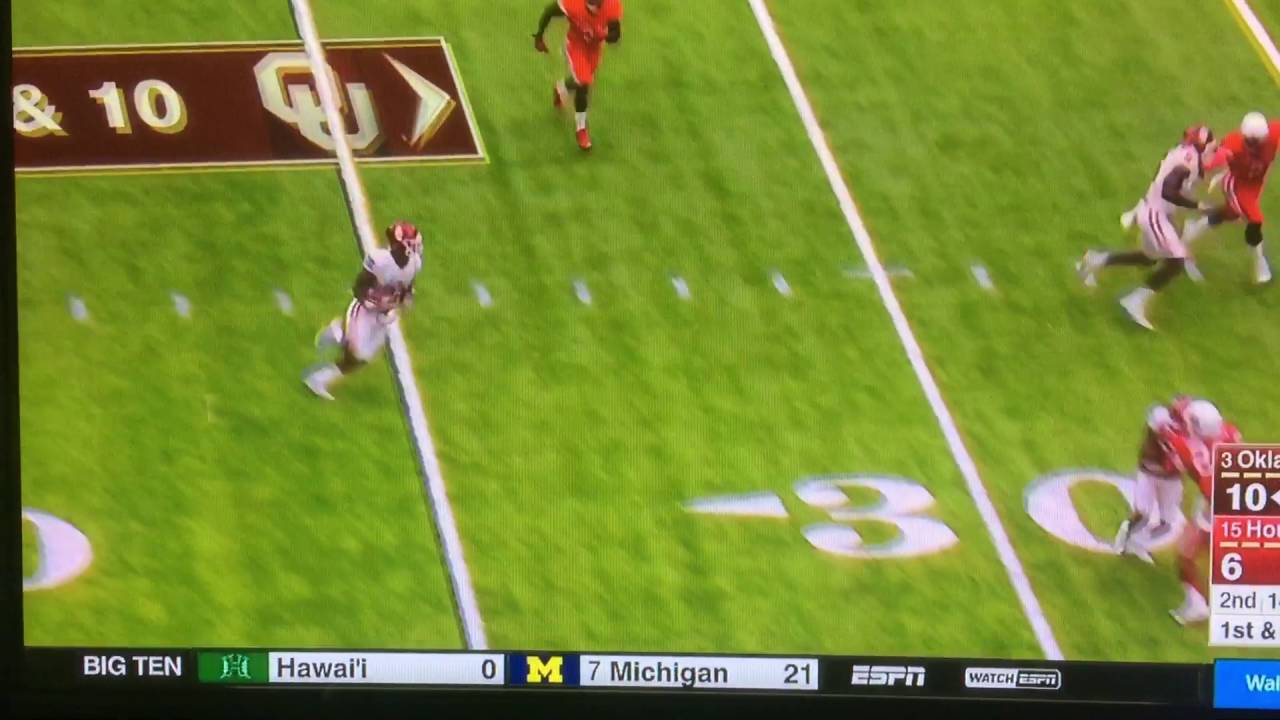 Great thread… NASA just landed the Mars rover in a crater that looks like a River delta was there at one time. If Mars has/ had enough water to have rivers, I think there is a good chance they will find life of some sort (e.g. microbes). If you look at some of the most inhospitable places on earth, there is still life of some sort.

We were working on Stealth technology back in the 80’s so I can only imagine what secretive weapon we have today. The near miss recently reported could be us testing a plane size drone. There was footage shot a few years back on the west coast of something flying across another plane’s path that did not use current technology. Some think it was Boeing testing a drone for the military.

Should sentient life exist even in the closest star systems, they’d have to have a level of technology to pick up any communications aimed at them. Maybe they are pre-industrial/technological. And, who knows if we’ll survive as a technologically-capable species long enough to be hear them should other civilizations attempt contact?

Should other civilizations exist and have the ability to travel here, we have no guarantee they’d be friendly or even just ambivalent. Maybe we shouldn’t be advertising our location. It is all so much fun to speculate about.

An American Airlines passenger jet traveling from Cincinnati to Phoenix encountered a UFO over northeastern New Mexico Sunday afternoon. The pilot on flight 2292 radioed around 1:00 p.m. CST that the UFO was flying right on top of them, according to...