UH defense anything but run-of-the-mill

Through two games - wins over then-No. 3 Oklahoma and Lamar - UH is second nationally in run defense, allowing 42.5 yards per game, which trails only Miami (34.5).

It should be noted Miami has played Florida Atlantic and Florida A&M this year. I think our average against OU and an extremely run-heavy Lamar (albeit way over-matched) blows Miami’s average out of the water.

I keep going back to the OU game. If we were able to hold Perine, Mixon and Mayfield to a combined 73 yards on the ground, there’s not a single team in our conference that will be able to run against us. Cincy has had a balanced attack so far (just like OU had last year). Once we shut down their run game and force them to be one-dimensional, we’re going to blow them out. Whether it happens in the first quarter or the third, it’s just a matter of time.

If you go back to FSU and Temple last year, it’s been 4 games in a row we’ve held opponents to less than 100 yards rushing. And at least a couple of those teams are pretty decent running the ball.

I think I’d be more worried if Kiel was starting and they had the receivers they had last year.

I go back to their bowl game against SDSU that Moore started. It was a different OC, but the Aztecs destroyed the Bearcats on the ground and shut their running game down. We should do the same.

I was listening to Okie Sports talk today on the way to the airport. When the lack of a running game against Houston came up, former OSU coach Pat Jones said that Houston just whipped the OU offensive line. CTH has said for months that the defensive front seven was the strongest part of the team but I think people who didn’t see Navy, FSU, Temple, etc are still surprised.

We’re G5; we’re not supposed to have a strong defense.

.@UHCougarFB's Steven Taylor tied at 4th in the NCAA for sacks per game https://t.co/IUb1jNbmyD 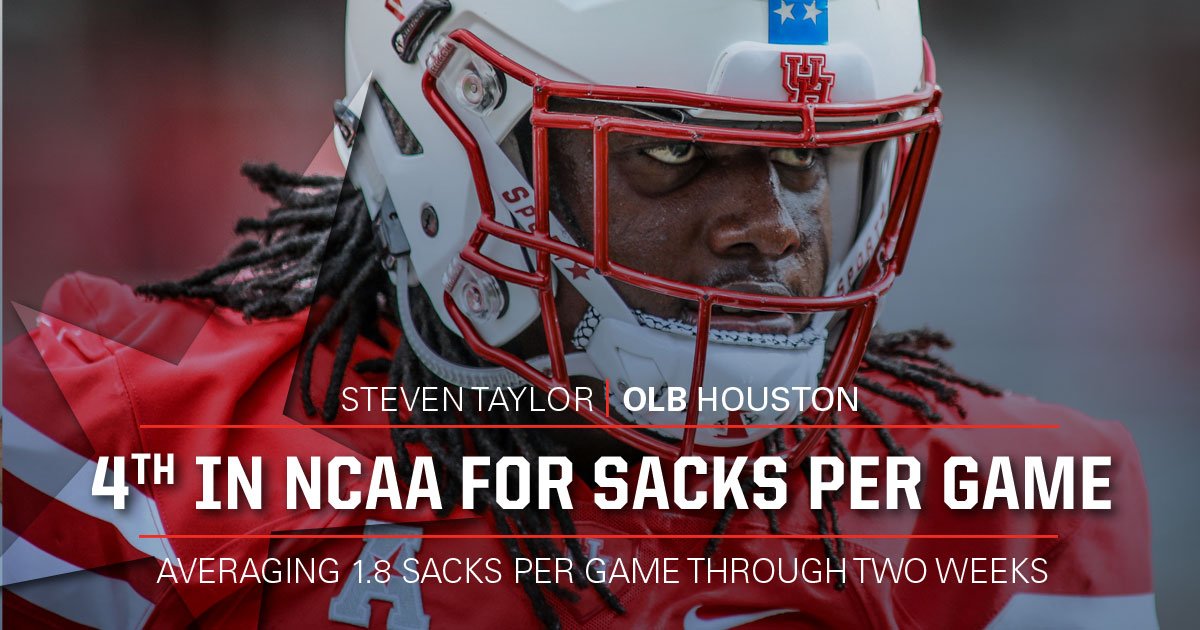