The University of Houston will offer classes beginning with the Fall 2016 semester at the Houston Community College (HCC) Northwest-Katy Campus, about a mile north of Interstate 10 at 1550 Foxlake Drive. UH-Victoria (UHV) will offer face-to-face classes at a new leased facility about a mile north of I-10 at 2002 W. Grand Parkway N., Building 2. The arrangement will allow UH and UHV to continue serving the higher education needs of the region while a new UH System campus is built near I-10 and the Grand Parkway. 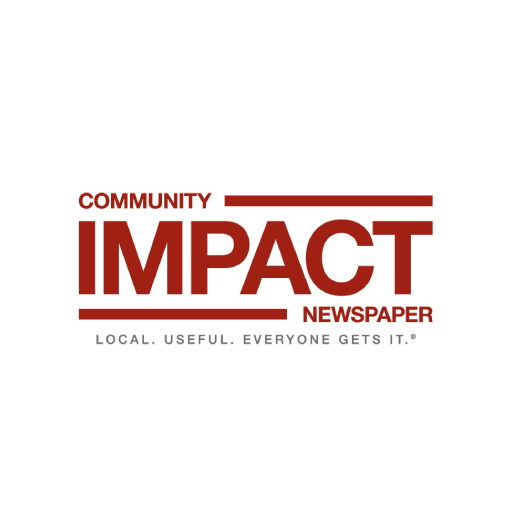 University of Houston System to start classes in Katy

University of Houston System to start classes in Katy

According to that article, UH-Sugar Land will be combined into the new Katy campus. Can that be right? I thought UHSL was a growing school with a campus.

Just the UH-Victoria classes will be moved to Katy. The main campus will be expanding their offerings at Sugarland. The only campus that will be going away is the Cinco Ranch location.

First courses being offered in the Katy area: 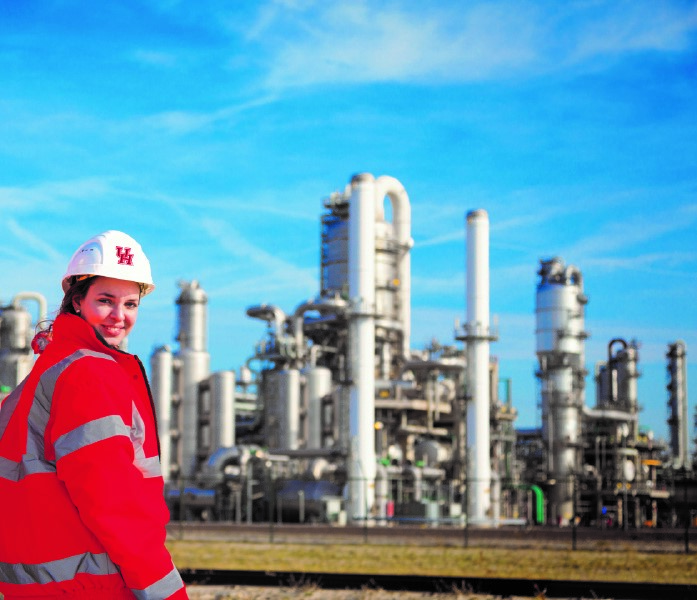 The course will explore the theory and application of pressure transient testing of oil and gas wells for determination of reservoir properties and near-well damage or stimulation. Pipeline Design, a comprehensive overview of subsea pipelines,... A new UH branch campus in Katy will offer degrees most relevant to current industry demands, including engineering, business and education. A grand opening of the UH Katy facilities located near I-10 and Grand Parkway is tentatively scheduled for 2018.

“Katy is one of the fastest-growing areas in the Houston region, and the demand for energy and engineering talent in Katy has never been greater. We want those who live in the area to have access to a world-class engineering education in their own backyard,” Tedesco said. 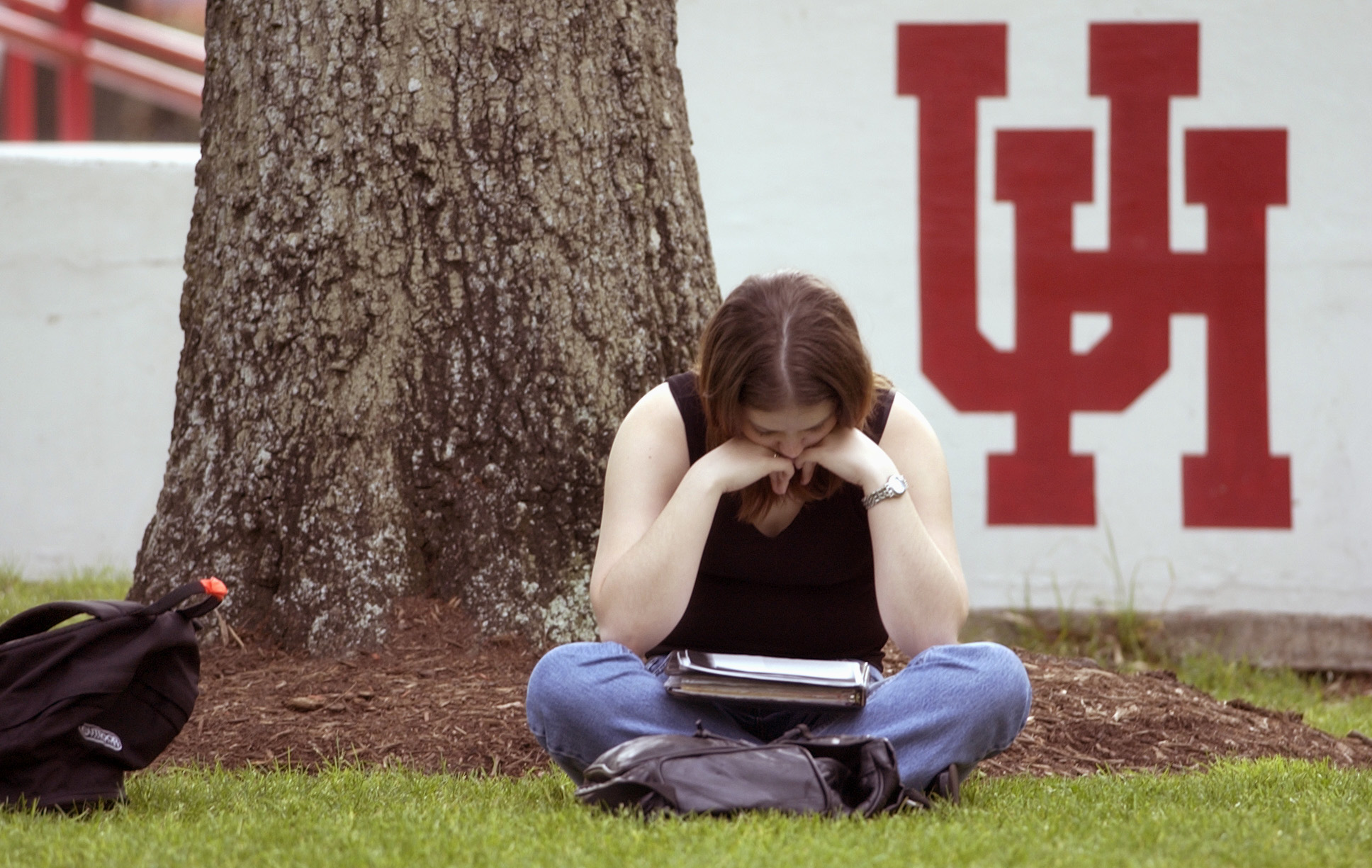 The University of Houston System has completed the purchase of 46 acres for a new campus in Katy that will offer UH classes and programs of the university's Victoria affiliate. "The UH System's expansion will give residents in parts of Harris, Fort... Houston-based Parkside Capital will develop the infrastructure, such as streets, lighting and landscaping, for the newly branded University Center on 125 acres, Parkside Capital CEO John S. Moody said in an announcement.

The UH System plans to break ground on an 80,000-square-foot building at University Center in August and open it in fall 2019. The campus will initially accommodate 2,000 students, but it could eventually serve up to 10,000 students in additional buildings.

According to the Houston Business Journal, UH’s 46 acres will be part of the 125 acres of the new campus, which is expected to serve 2,000 students initially. With the systems’ master plan of 500,000 square feet of space, it will eventually be able to accommodate 8,000 to 10,000 students. Construction is underway for “Katy Asian Town” on Grand Parkway.

He said another big reason for the development is the 46-acre future University of Houston campus here, which is expected to break ground next year. UH and UH-Victoria will offer undergraduate and master’s level classes there.

Land acquisition has slowed the University of Houston’s construction timeline for a new Katy campus. The site is now expected to be break ground in the spring rather than in August as originally projected.

“However, the facility remains on track for the scheduled opening in 2019,” Mike Rosen, executive director of media relations for the UH system, said in an email. “The land acquisition took longer than expected.”

The University of Houston purchased land at University Center to build a $32 million campus. The site’s 80,000-square-foot location is at the northeast corner of the intersection of the Grand Parkway and I-10.

What’s next
UH expects to begin holding classes at the Katy campus by fall 2019, Stipes said. Once the campus opens, students who currently attend classes at the university’s main and Victoria campuses will be moved to the Katy facility.

University of Houston just announced they will be offering a certificate in Corrosion Engineering at their new Katy campus. They also have plans for a graduate and undergrad program. @NACEtweet @UHouston
pray10 (Patrick) April 21, 2018, 7:37am #11

New University of Houston campus to bring tier one education to the Katy area
https://communityimpact.com/houston/katy/development-construction/2018/04/20/new-university-of-houston-campus-to-bring-tier-one-education-to-the-katy-area/

Neal said officials are working to bring a more traditional bachelor of science for the nursing program to the Katy campus as well.

The University of Houston will host a groundbreaking ceremony and reception for its new Katy facility 1 p.m. May 23 at Partnership Way, off the Grand Parkway north of I-10.

Groundbreaking for UH Katy Campus...a future campus for 8,000 students receiving programs from UH and UHV in Engineering, Nursing, Business, and other fields as needed! https://t.co/LwbpFlfHH4

Dr. Khator: "If you’re going to be University of Houston, you have to own Houston and the Greater Houston area." @UHKatygroundbreaking #CullenCollegetakesKaty #engineeringthefuture

Assoc. VP and COO of UH Katy: " The 80,000 sq.- ft building that will be constructed here, will expand higher education opportunities for thousands of residents in the Ft. Bend, Harris and Waller Counties." @UHKatygroundbreaking #GoCoogs #FutureCullenCollegeCoogs

UH Katy is designed by SmithGroup and constructed by Tellepsen. Students can pursue studies from the UH College of Nursing, The UH Cullen College of Engineering and the University of Houston-Victoria. @uhvictoria @uh_con @UHEngineering https://t.co/tyiPePflnk

Katy soon to be hub for higher education

In less than five years, the area at Grand Parkway and Partnership Way in Katy off Interstate 10 could be filled with eager students rushing to get to classes from three different educational institutions.

As part of a collaborative effort to make it easier for students to achieve their academic goals, specifically in engineering and nursing; and for the Houston Community College to tap into the growing population that the Katy Independent School District and surrounding districts have experienced, the college system is moving its existing Katy campus to be closer in proximity to the future site of the University of Houston at Katy campus.

Houston Community College Chancellor Dr. Cesar Maldonado said that while the college system has not selected a piece of property, the board of trustees on Sept. 5 approved the concept of moving the college system’s existing facility at Foxlake to the Grand Parkway area where the UH-Katy facility construction is underway and scheduled for completion in fall 2019.

“We got a good partnership with the University of Houston and they shared with us what they were doing in that area,” Maldonado said. “It was advantageous to HCC, to UH and primarily to the students in terms of tuition if they could rely on HCC to provide the first two years of a four-year degree. From that was born the concept of us being the first two years of the degree.”

After years of planning and anticipation, the University of Houston broke ground on its new campus in Katy on Wednesday, May 23. The UH Katy Campus, located at the northeast corner of the Grand Parkway and Interstate 10, will offer programs in high demand throughout the region – engineering and nursing.

The 80,000 sq. ft. building is slated to open its doors in fall 2019 as a direct extension of the UH main campus, but sporting its own modern look and feel. The flagship campus will offer undergraduate programs in computer engineering, construction engineering and systems engineering as well as graduate degrees in subsea, petroleum, environmental, power systems and corrosion engineering.

Roughly 600 undergraduate and 480 graduate engineering students are expected to enroll at the Katy campus this fall. The UH Cullen College is planning to increase its program offerings at the Katy campus in direct response to industry and workforce needs across the region.

“Given the demand for engineering talent across the Greater Houston area, the expansion of UH Engineering programs in Katy is both imperative and inevitable. The city of Houston needs a homegrown workforce trained to take on the engineering jobs of the future while filling in the skills gaps of today,” said Joseph W. Tedesco, Elizabeth D. Rockwell Dean of the UH Cullen College of Engineering. “That’s precisely what brings us here.”

Due to overwhelming demand for engineering programs in the area, the UH Cullen College began offering courses at the Houston Community College (HCC) Northwest campus in 2016. More than 15 graduate-level courses in subsea, petroleum, electrical, environmental and mechanical engineering are currently offered at HCC in Katy.

“The Cullen College has continued to grow in the Katy area thanks to the support of our partners at the Houston Community College-Northwest Campus,” said Tedesco. “We are continuing to develop a relationship with HCC, because they will be important to us in being successful in offering courses that this community truly needs.”

Want to engineer YOUR future? The demand for engineering talent is higher in the city of Houston than any other major U.S. city. Starting salaries for engineers with bachelor’s degrees typically range from $60,000 to over $80,000; however, average starting salaries for alumni of the Cullen College are considerably higher. According to PayScale.com, University of Houston engineering students rank 15th in the U.S. for salary earning potential. Learn more and apply today at www.egr.uh.edu/students

The Powerhouse is coming to Katy...our billboard is up! https://t.co/WVPIHqZIKC

Always great to see my peeps over at the Cullen CoE doing good things. Congrats to Dean Tedesco and Go Coogs.

Our new billboard is up! Look for it right across from Katy High School! #Powerhouse https://t.co/qbDDU7Iz2z