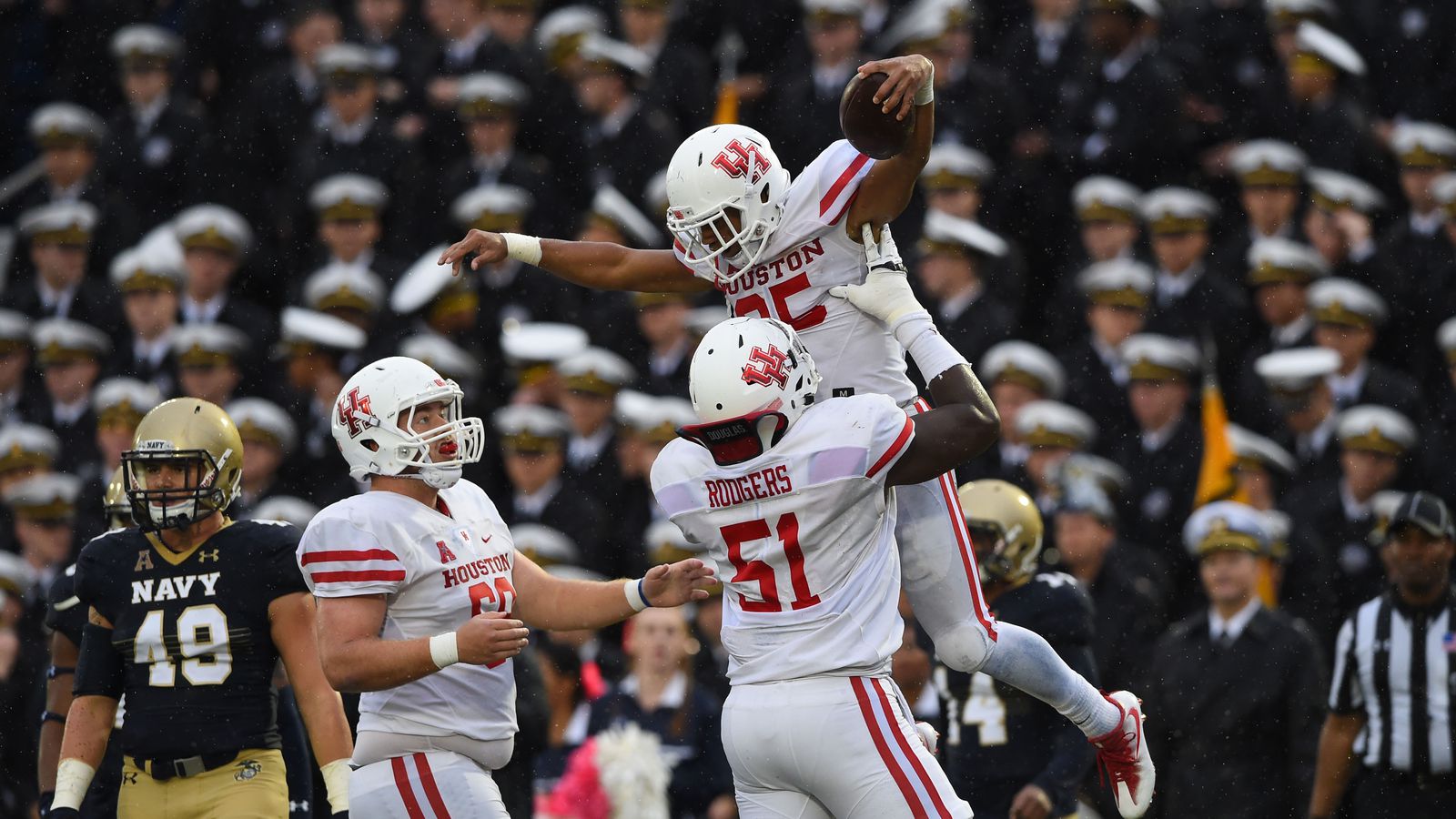 Just what the doctor ordered: an up-tempo shootout to cleanse the palate.

On Houston’s sideline, this game needs to be a commitment to the run with someone not named Greg Ward. The zone-read offense works best when the quarterback is a THREAT to run, not the entire running game itself.

Ward did it last year and he was great. He’s doing it again this year and he’s been good, but he’s taking a beating and the offense isn’t as dangerous or as versatile if opposing defenders don’t respect the running back as much as they respect Ward.