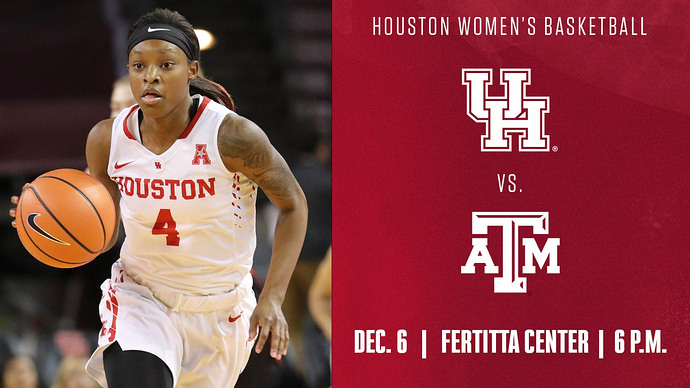 The contest against the Aggies, which was originally scheduled for Wednesday, Dec. 5, will now kick off the Fertitta Center era in front of the home fans at 6 p.m., with the game airing on ESPN2.

Poor shooting again doomed the Coogs in this one. They stayed close for a half, but the Aggies opened it up in the 3rd and never looked back. The Houston Cougar Women's Basketball team opened a new era with its first game inside the Fertitta Center. Houston fell 68-52 on Thursday.