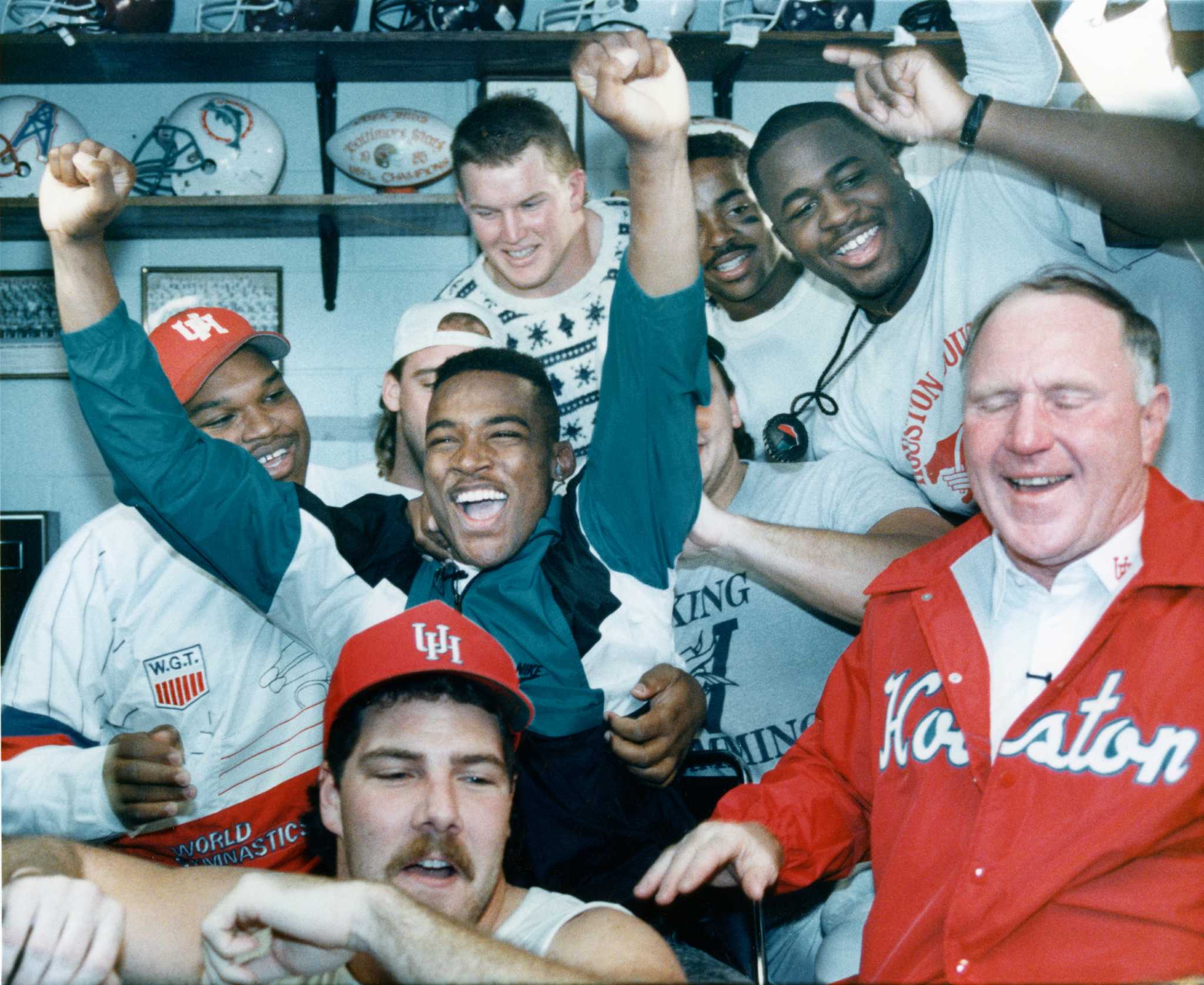 UH passer leaps probation, anonymity hurdles for college football's top prize [...] though, the numbers simply couldn't be ignored. The University of Houston's junior quarterback from Dickinson had accumulated 1,073 votes in the Heisman Trophy...

What an odd time to publish something like this. College football is over, basketball is ramping up.

@BradFromHouston Strange thing is that they just reprinted the original article. Not sure why they didn’t run that a month ago on the anniversary of him winning the Heisman when there was some buzz around it. Trying to figure out the Chronicle sometimes is a lesson in futility.

“Heisman that’s Ware its at” I have to find that T-shirt.