A few writers make their picks: 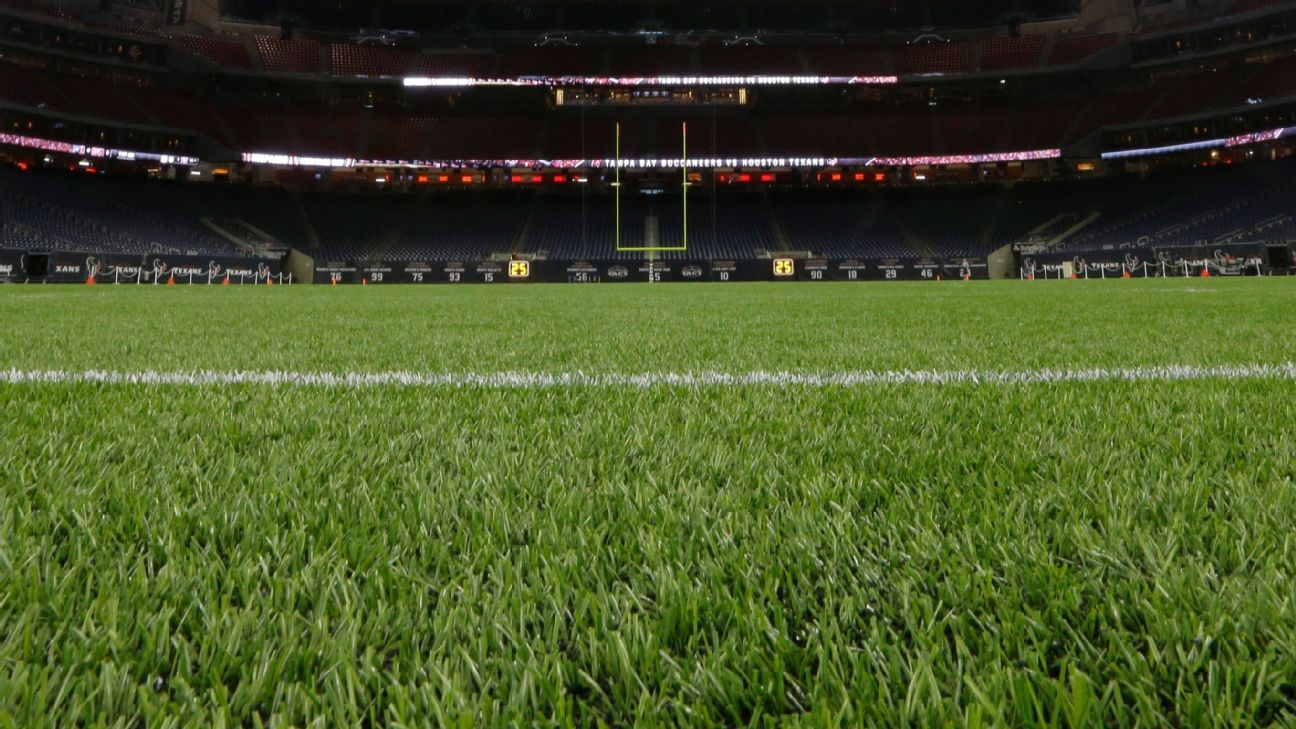 Breaking down Oklahoma vs. Houston

The Sooners and Cougars open their seasons with a game at NRG Stadium that will likely have College Football Playoff implications.

Trotter: Ward and Houston’s offense will give a retooling Sooners defense fits early on. But eventually, Oklahoma’s devastating rushing attack coupled with Mayfield’s opportune playmaking will prove too much for the Cougars in the second half. Oklahoma 41, Houston, 30.

Now this is the way to start the college football season.

The last time the Cougars went into a huge early season game this highly ranked was 1991 against Miami, and it did not turn out well for Houston. Can another much-hyped bunch of Coogs be heading for a similar fate? … OKLAHOMA 38-24.

Oklahoma 34, Houston 30: First off, I love that this game is being played at 11 a.m. It’s not the most fashionable time, but one of the best games of the weekend will get a featured window to give college football fans a legitimate full day of outstanding football. Houston could spring an upset, and the showdown between professional disrespect hunter Baker Mayfield and ex-NASCAR driver Greg Ward Jr. will be a lot of fun. The Sooners get one more stop late to seal the win. 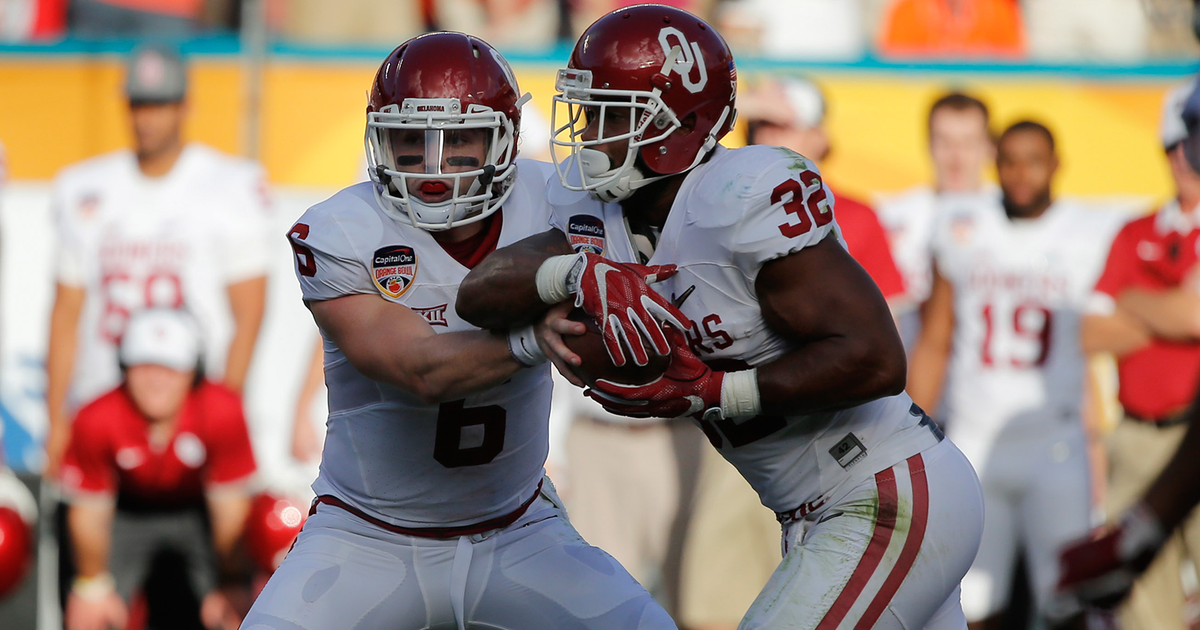 No. 3 Oklahoma starts off with No. 15 Houston on Saturday

“I don’t tie years together; I never have,” Stoops said. “If they were living off the past they sure got woke up in the Orange Bowl. That was all over on that night. Point being: years, in my mind, don’t tie together. You have new people, new guys in new positions, different schedule. It’s a whole new thing.” 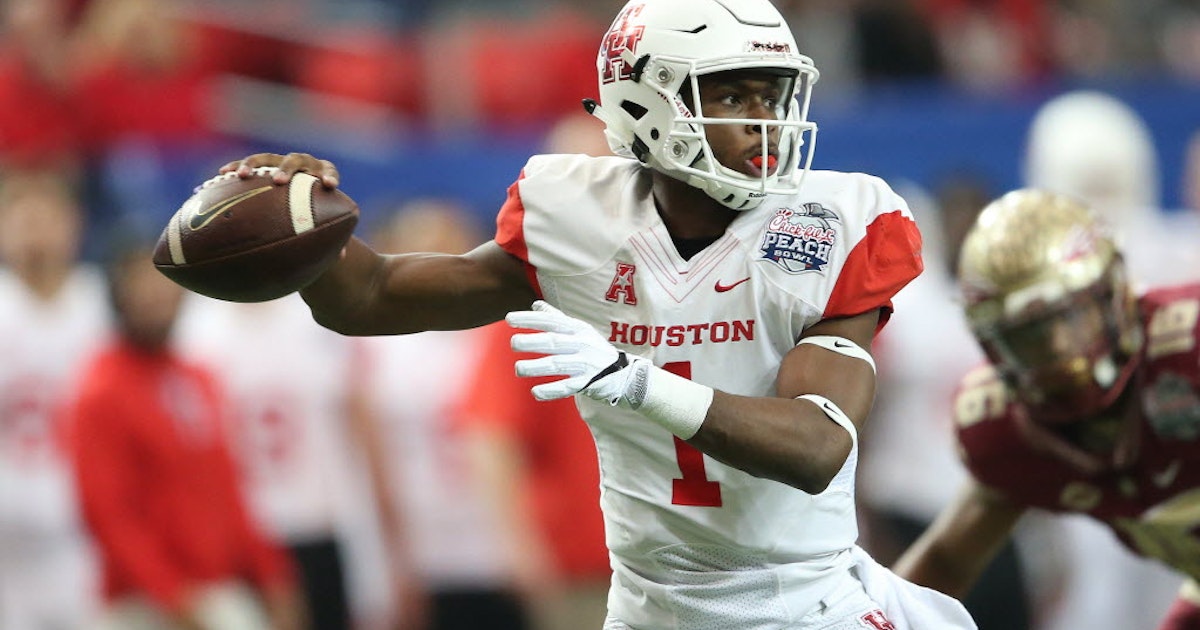 5 things OU fans need to know about Houston: Why Greg Ward Jr. could be big...

It's week one, but that doesn't mean the Sooners have any time for a tune-up.No. 3 Oklahoma and No. 15 Houston will go at it Saturday at NRG...

No. 15 Houston has 60 minutes in Saturday’s opener against No. 3 Oklahoma to make its case as a College Football Playoff contender. And that’s just one of many messages the Cougars hope to send Saturday.

If ever a season opener meant more to a college football team’s fan base than Saturday’s debut for the Houston Cougars, it would be hard to quantify when and where it was played.

Guerin Emig: Spencer Tillman advises OU to “run it down their throat” Saturday against Houston

Guerin Emig: Spencer Tillman advises OU to "run it down their throat" Saturday...

Former Sooner a big fan of Tom Herman, but believes Sooners can outmuscle him

“Oklahoma will have an image and impression edge. But if you look at their two losses last year, they were against dominant, physical defensive fronts. That’s when they got it handed to them. You won’t find that at the University of Houston. They won’t have that.

Listen to Spencer, OU. Run the ball into our defensive front over and over.

The Cougars’ defense believes that they will be ready come kickoff to face the monster nicknamed “Boomer Sooner.” The confidence that UH possesses comes from both last season’s success and an important component within the defense’s culture.

“Love,” Taylor said. “A genuine love for each other.”

Yes, run straight into that G5 nobody’s line. That totally worked for Dalvin Cook when FSU beat the brakes off Houston.

attaboy Khan! I knew I could count on you!

I think there are a lot of Sooner haters out there, UT, OK St, Neb…, but I think we may be more hated, Cincy, BYU, OK St…

I think there are a lot of people that want to see both teams lose. I love this.

Anyone close to a Ok St Cowboy? What say they?

Ok, so I was not the only one thinking that, I will also advise OU to spend their time trying to run it down our throat, when that fails, give it another 30 doses.