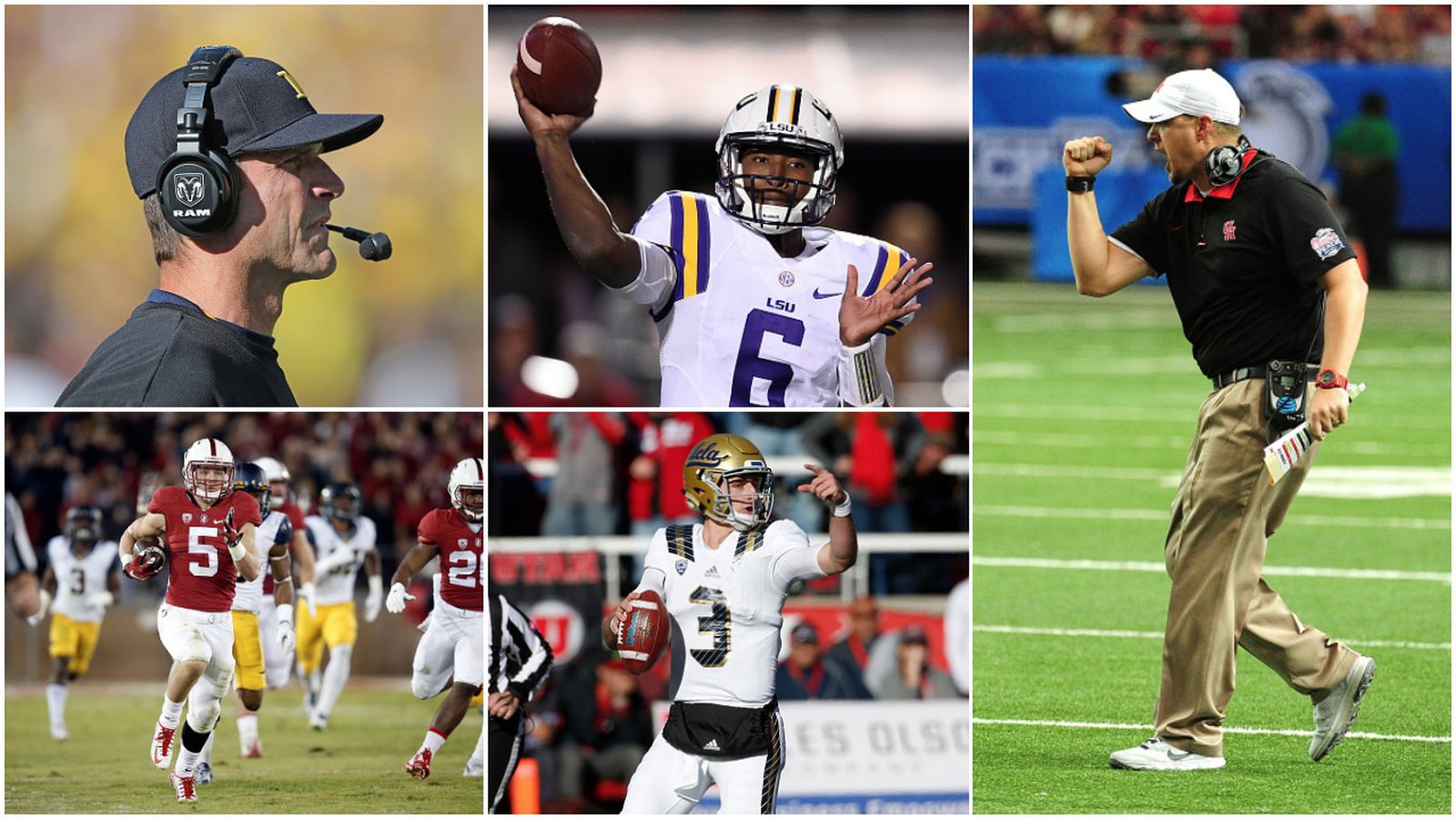 Some of these narratives are kind of true. Some are just repeated a lot. Add yours in the comments!

Houston’s head coach is one of the best-credentialed prospects for a major program since Urban Meyer went unbeaten at Utah in 2004. He won a national title at Ohio State as an offensive coordinator, then took Houston to a 13-1 record and a major bowl win in his first year as a head coach. He’s both an accomplished schemer and an excellent recruiter.

And lo and behold, he coaches in a state where the two biggest programs, Texas and Texas A&M, have head coaches on the hot seat. And the major program in its eastern neighbor state, Louisiana, almost fired Les Miles a season ago.

And hot seat speculation, which is a fun endeavor during the season, will get tiresome in this particular instance.

I’m already tired of it and it hasn’t even started yet. Hopefully the players really can trust him during this season because it will be a question every single week as higher profile teams lose games.

Maybe the more the talking heads try to tell everyone that Herman is leaving the more he will want to prove them wrong and stay?

I had the same conversation with a friend regarding this “go to” statement for Herman. Maybe a few million $ more will entice him to stay if / when UH gets into a P5.

Having Herman shooting down rumors is better than having your head coach allowing his name to be floated every offseason for every NFL / P5 opening and parlaying that into a renegotiation / raise / extension of his contract.

After going through Briles and Sumlin, I am numb to the coaching carousel conversations.

This man isn’t all about money. He said that he makes more than enough for him and his family to live a very comfortable life here in Houston. When he received a raise he even gave some of it to his staff to give them raises… Good 'ole boy or Swagtastic would have never done that. He likes it here, his wife likes it here and his kids love it here. That man wants a statue next to Coach Yeoman in 20 years out front of the stadium.