Where can I buy Coach’s Hat?

Been looking online for CDH’s Cougar hand hat for a while now and I cannot find it anywhere. Just looked again on the UH store online and out of 82 options none of them are this one. Anyone know where I can find it or is it just something coach wears? I haven’t seen anyone else at football or basketball games with it either. 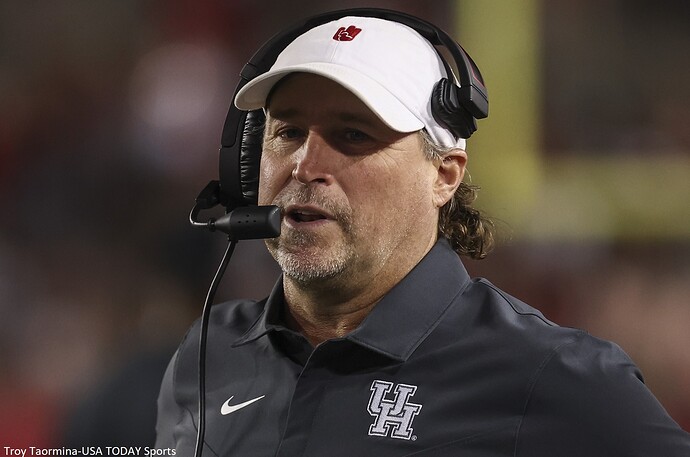 I am considering driving to campus tomorrow since it’s going to be such a cold wintry day to look there but don’t want to waste my time if they don’t have it.

I think they sell them at Fertitta Center… Go to the game tomorrow and get one.

I doubt they’ll have them in Tulsa

. I’ve looked in Fertitta and they don’t have them there.

Ahh… I don’t live in Houston anymore so don’t follow where the game is being played that closely anymore… Unless it’s on the east coast.

Yeah it’s cool you get to go to some of those road games. You went to the Temple game didn’t you?

You can’t. I believe these are staff-only hats

I honestly have not seen anyone else that has that hat. There are knock-offs that look similar but are definitely not the same.

They did announce that some of his signature hats would be on sale at the home games this season, but the reports from people that sought them out is that it was not the same hat. It was made of different, ‘cheaper’ material.

I believe CDH’s hat may be custom made from something similar to this. All you need is someone with an embroidery machine and an artistic flare.

Thanks for the feedback. Figured it was not for sale since I’ve seen nobody with it except him. I’ll see if Pez can get me one. At least I don’t have to drive to campus tomorrow from Sugarland now so I’ve got that going for me….which is nice

He can call his signature line, “Bare-Assed Blacksmith”

Another knock on UH Sports marketing if they claimed you could buy the same hat then ran some cheap imitation out there to sell.

Yeah… And UCONN when they were in conference.

I actually went to the UCONN campus to be told they don’t play half of their games on campus… So then I drove to Hartford for the game.

They sold the hats at TDECU in the team shops/kiosks for a couple games until they ran out. They had them in red and black. Bought a black one for my sister and it seemed well made. Before that I bought a red one from Crawdad Apparel before they closed shop. It’s about the same quality.

Has anyone ordered from this site previously?

Something VERY similar (what the band wears) was sold by a company called Crawdad Apparel.

CV3, we sold ours but it was an outline. If you look at the Coogs of CV3 logo (check @coogsofcv3 on Instagram or here), that’s what it was.

UH and Learfield shut both of us down.

The official UH version you can buy is a mix of mine and Crawdad’s lol. Just a tiny outline. It sucks and looks cheap.

This probably is a UH version only or a Dana version or that.

It was a bad knock. UH products are meh, but them shutting down other people’s work and making their own soon after is a poo poo move. 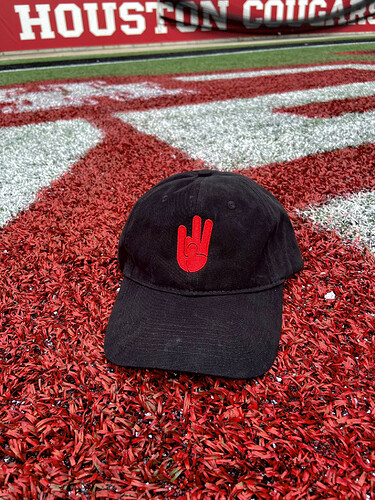 I can make these lickety split honestly, they are sold out but get me an image and I’ll remake it.

Someone get this guy a Vector of Dana’s hat and put me down for a dry fit.

Interesting website. The logo looks better than UHs attempt. Hopefully they won’t shut them down too.