Sounds like for now, it’ll be a Division I-FCS football conference, but may look to jump to I-FBS soon.

Sam Houston, SFA, ACU, and Lamar are all moving.

Sam Houston, Stephen F. Austin, Lamar and Abilene Christian made it official on Thursday. The Texas Four are leaving the Southland Conference for the expanding Western Athletic Conference, bringing the number of Texas schools to the WAC to six.

Wait, the WAC is FCS now? I know I am not paying as much attention anymore but how did I miss this?

Well, it’s just now a thing. You didn’t miss it, you’re seeing it now. After everyone bailed for the MWC, they had dropped football entirely for a bit.

Mostly online, for-profit Grand Canyon University is also a WAC member. There is a lot of recent speculation that they will be adding a football program soon since they’re an established D1 school now. They have a lot of potential going forward after seeing what Liberty has done.

After everyone bailed for the MWC, they had dropped football entirely for a bit.

This what I missed. Thanks! Once UH left C-USA, I stopped keeping tabs on the WAC and C-USA.

Grand Canyon had to drop the for profit stuff in order to be in the NCAA!

Grand Canyon prez said today that they have no intention of fielding a football team. Too difficult to start from scratch with no history of football. Lot of programs restore football.
He said Grand Canyon wants to emphasize basketball, and this may be a reach, but he said today he would like to be a Gonzaga, Creighton and Butler. 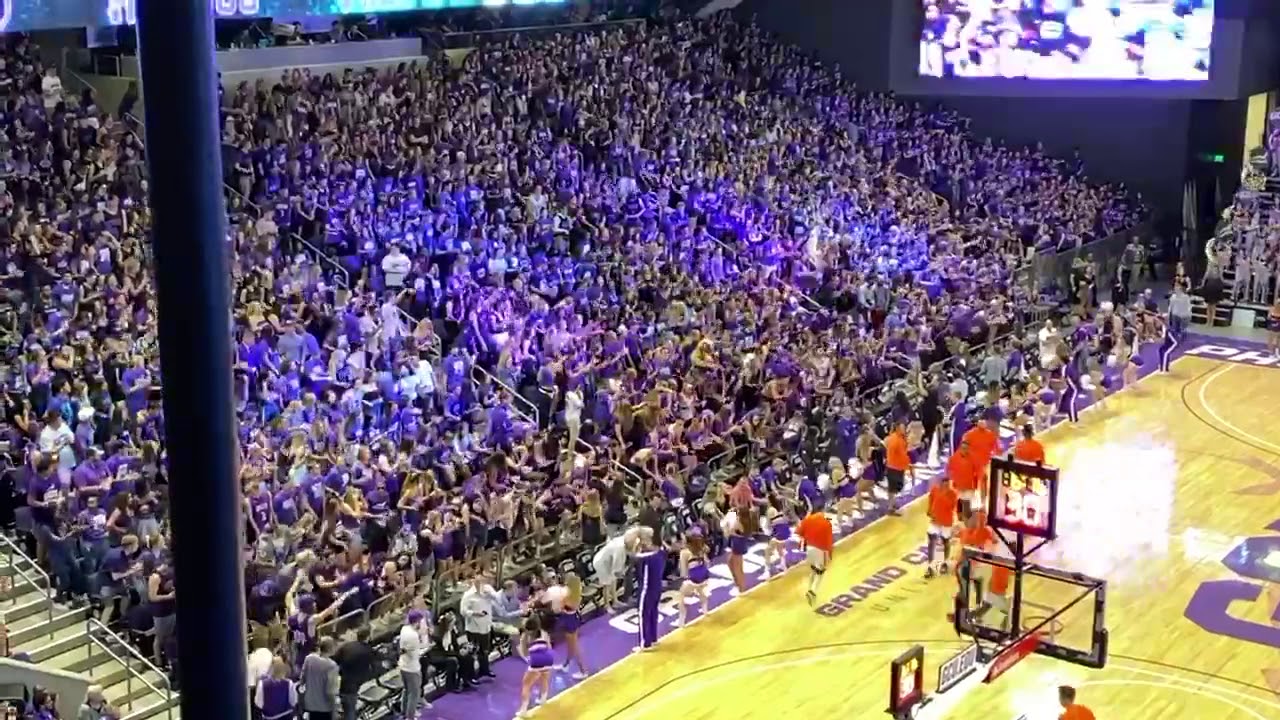 Here is their pre-game student section.

This is probably a stadium full of just students only.

I always wondered why the FC wasn’t expanded a bit, or more students able to be loud and party.

They have a school and a hotel and restaurant for their HRM program. I stayed in the hotel a couple years ago. Watched a Cougar basketball game on tv in their restaurant.

lol…yeah, I think a bit of a reach, but looks like they’ve got pretty good facilities.

the g5 is about to become the g7

P5 and G7 seems so uneven. They should do something to even those numbers out.

So now that $80M CFP money the G5 conferences have to split, will now be split between 7 conferences.

I don’t know the qualifications or who approves new conferences joining the FBS, but I don’t see G5s agreeing to this if they have a vote.

This seems like the same of the AAC trying to become a P6.

FBS is governed by the NCAA and unfortunately for us, P5 membership is decided by the P5s and the media.