Lets get this thread started.

🚨 NEW GAME ALERT 🚨 It's going to be a good one Thursday night. #GoTops https://t.co/LJRmIML5ce 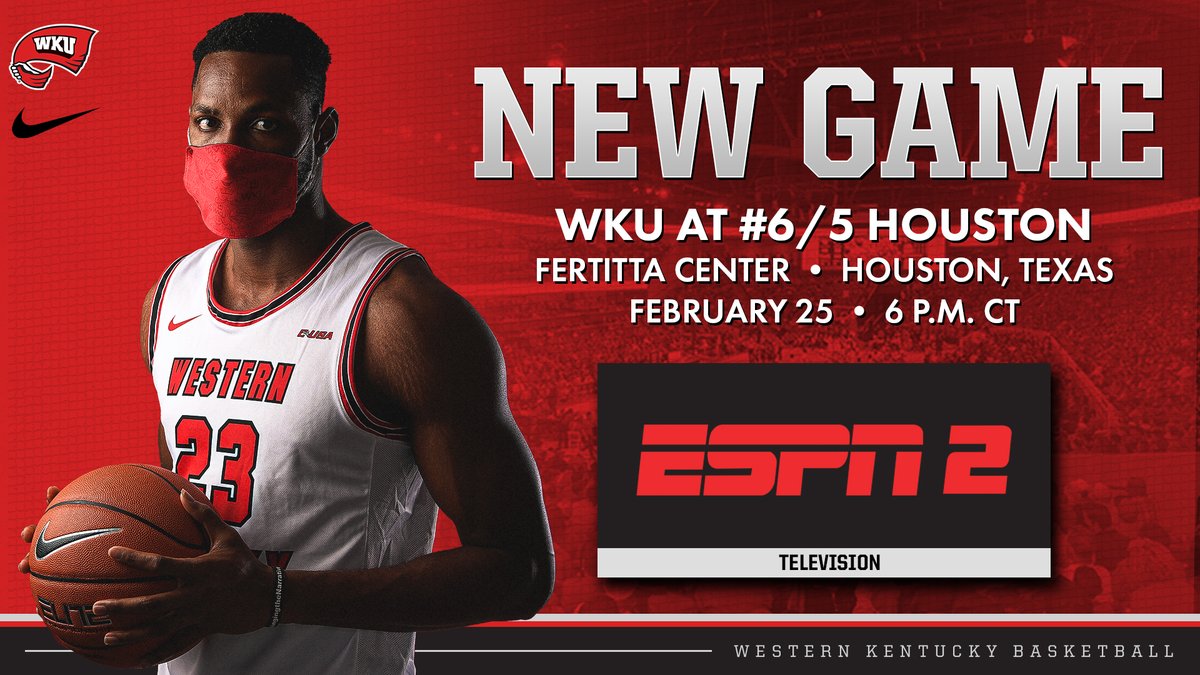 REMEMBER: Western Kentucky already has a road win on its resume at Alabama. A win at Houston on Thursday would essentially cement the Hilltoppers in the NCAA Tournament. twitter.com/JonRothstein/s…

Source confirms a good non-con game is on tap for this week: Western Kentucky at Houston on Thursday night. First reported by @JonRothstein. This is big because WKU is trying to up its numbers/tourney chances and Houston doesn’t truthfully need this game. Good on UH for playing.
2 Likes
Jcoop9 February 21, 2021, 10:35pm #4 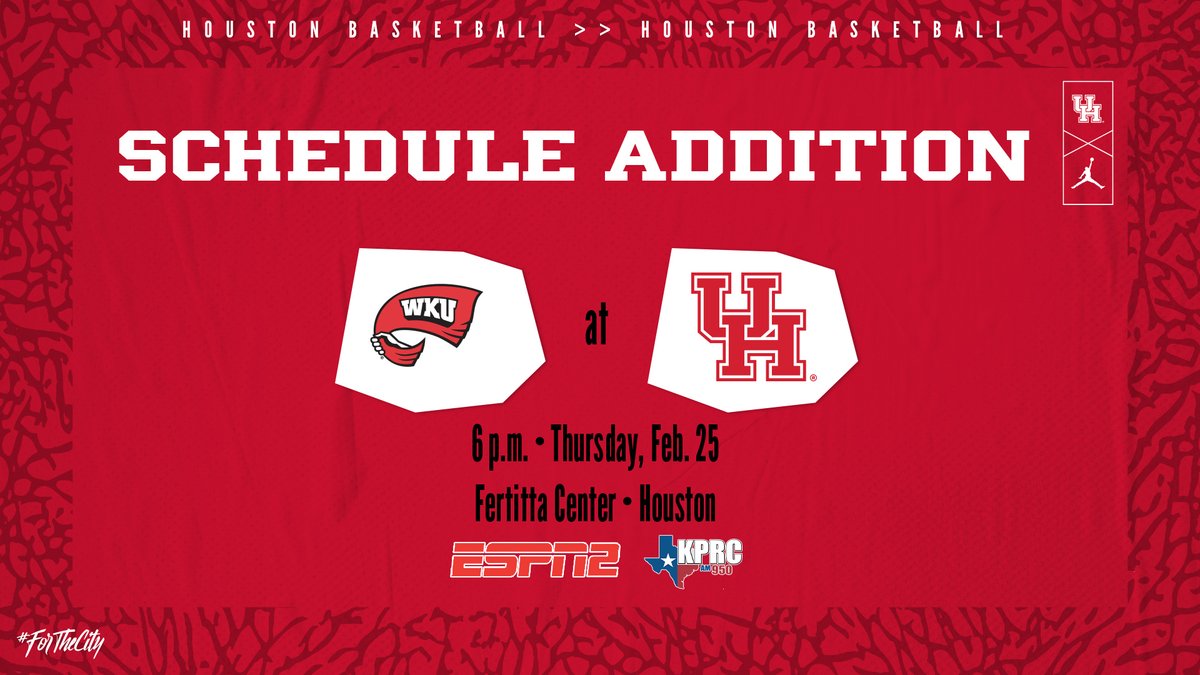 Kudos to coach, he has does great getting games this crazy year

It should be a good game. A win by us probably brings us back to a 2 seed. We will have to beat Memphis though.

I know it is early, but have they announced which ticket we are to download and use ?

Fantastic addition. Find someone else so we don’t have to play USF either. Lol

They will automatically change one on your cell phone. On my phone, the day of the game it pops up when I open my wallet.

WKU is a good team. When our game with Alabama was canceled on December 19, WKU was the replacement team and they won on the Tide’s home court. They also beat West Virginia. Lost to Louisville on the road.

We beat a downtrodden Cincy team. Our second team would have beaten Cincy.

All the national syndicates will see if we lose this game is the best CUSA team beat the best AAC team at their house and the already terrible AAC reputation this year will go down the toilet. Wku is a good team quality program but we must win this game hopefully by a lot and carry the AAC banner.

Very good. Looking forward to it. Thanks, Coach…

Charles Bassey will be a beast! Need to win!

Haven’t seen WKU since early in the season but I was definitely impressed with Bassey.

WKU is where UC Coach John Brannen came from. He’s texting them on plane ride home n telling them they better put their BigBoy pants on!
Let’s Go.

He was at Northern Kentucky. But I’m sure they would read his text.

Yeah, this really doesn’t do much for us other than we are getting to be challenged with a good opponent. This matchup helps them way more than it does us.

Dang your right. That’s what I get for never looking up n going by memory. I remember now all he had to do was drive over the river bridge to change jobs. Didn’t UC use NKU arena when they were under remodeling for theirs. Appreciate the correction.

As far as postseason seeding we have little to gain, but more importantly in my opinion it gives Fabian another game, especially going against one of the best big men in the country