Trials start on Friday, we will have some Coogs to check out. Montgomery has the best chance of making the Olympics. 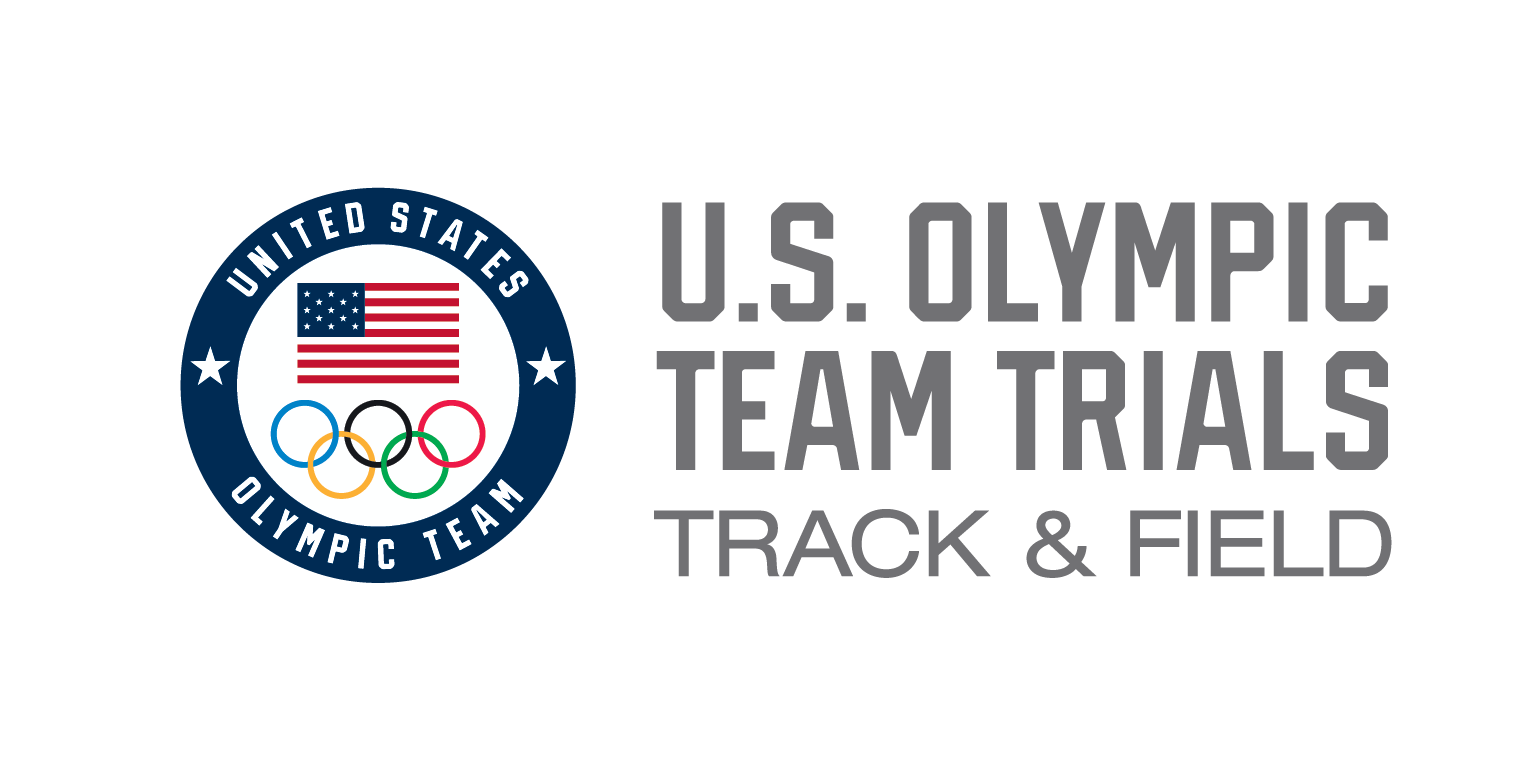 Chris Carter is 4th in triple jump first round so he will be in the finals on Monday!

Here’s the schedule. Last night was a good watch, should be better tonight with some Coogs! 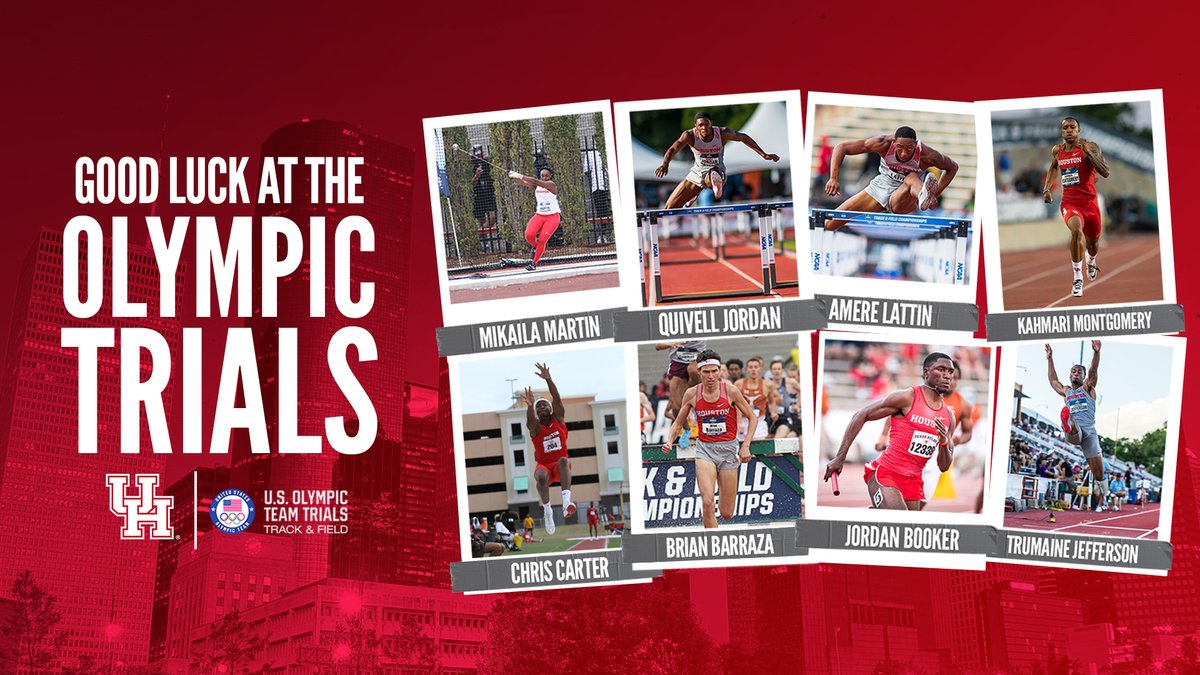 Carter has a very good shot, but also needs to get the Olympic standard (has jumped it in previous years). Same with Barraza, has to get the standard.

All 3 of the 100m qualifiers went to college in Texas - Baylor, TCU, and A&M. Might be the first time I cheer against the US when Shaun goes up against them. Need some Coogs for team USA!

Barraza makes it through to the final!

That’s about what he was running his senior year. Maybe not a good day for him.

Maybe not a good day for him.

Yeah, he is faster than that and should have been in the final at minimum with his best performances. That’s how the trials go though. The by far 800m favorite finished 8th.

Awesome and disappointing that Carter finishes 4th. That is huge and his success over the last decade as a pro has been impressive. Just tough to be that close to the Olympics on his last shot. The top 3 were the top guys though. Jumps are a little easier with 6 attempts than a single race where anything could happen. Even if Carter got 3rd, I am not sure if he would have made the Olympics without the standard. I know they have a new system with world rankings getting you in if you don’t have the standard.

We're so proud of Cougar alum, Chris Carter for taking fourth in the Triple Jump at the #TrackFieldTrials21! What a journey for @cartercutz! 📏16.82m (55-2 1/4) #HTownSpeedCity https://t.co/NjadO2PzwF

Barraza is still young for a distance runner, too. If he stays injury free, he maybe a real contender in 3 years.

Amere Lattin won his heat, but apparently later DQ’d for stepping on the lane line. I don’t know the rules but are you DQ any time you step on the line? If so, how was Sean Burrell not DQd for rolling all over the lines.

If the rule is you’re only DQd if you impede another runner, then Amere was royally ****ed.

I went back and looked at a replay, he did step on the line, but the runner in Lane 7 was ahead of Amere by at least a stride or two. No way he could have impeded him.

Not the best image, but a screen grab off of YouTube. Amere in the outside lane.

I saw this posted on Twitter, again not the best image but Lattin didn’t appear to cross the line, but did step on inside line.

This is a crappy way to get tossed from the Olympic Trials. If you step on the line, you are DQed. Burrell wasn’t DQed because it wouldn’t have mattered. But, technically, yes, he should have been.

Well that sucks, but if that’s the rules…

They should change the rule. 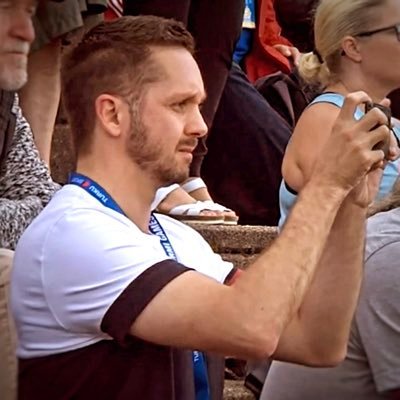 #TrackFieldTrials21 @_ALattinsub13 small single toe step on the line closeup video. Heartbreaking but although he didn’t run outside the lane or disturb anyone in the race, or even gain advantage of the situation, the rule is what it is… step on the lane in the curve = dq 😞 twitter.com/_alattinsub13/… https://t.co/9utdixaLOT

Maybe, but then why even have lanes? Rule would like for distance races, run where you want to just don’t interfere with others.

You’re right, you’ve got to draw the line somewhere. And if the rules don’t allow for any judgement to be applied then there’s no gray area.

It does suck. I ran hurdles in high school and those curves can be tricky no matter how much you practice.

No American Olympians, but some good performances. Future still looks bright as Montgomery in top shape can be top 3 in the 400 in 2024, Lattin as well for the hurdles, and Barraza is still young for a distance runner. Booker will get faster, Cam Burrell hopefully ready to go next time.

Trumaine Jefferson closes out the #TrackFieldTrials21 with a 11th-place finish in the Final of the Long Jump. We're so proud of the season that Trumaine has had and we're sure he'll be back and better than ever! #HTownSpeedCity https://t.co/4uRBlHxagH 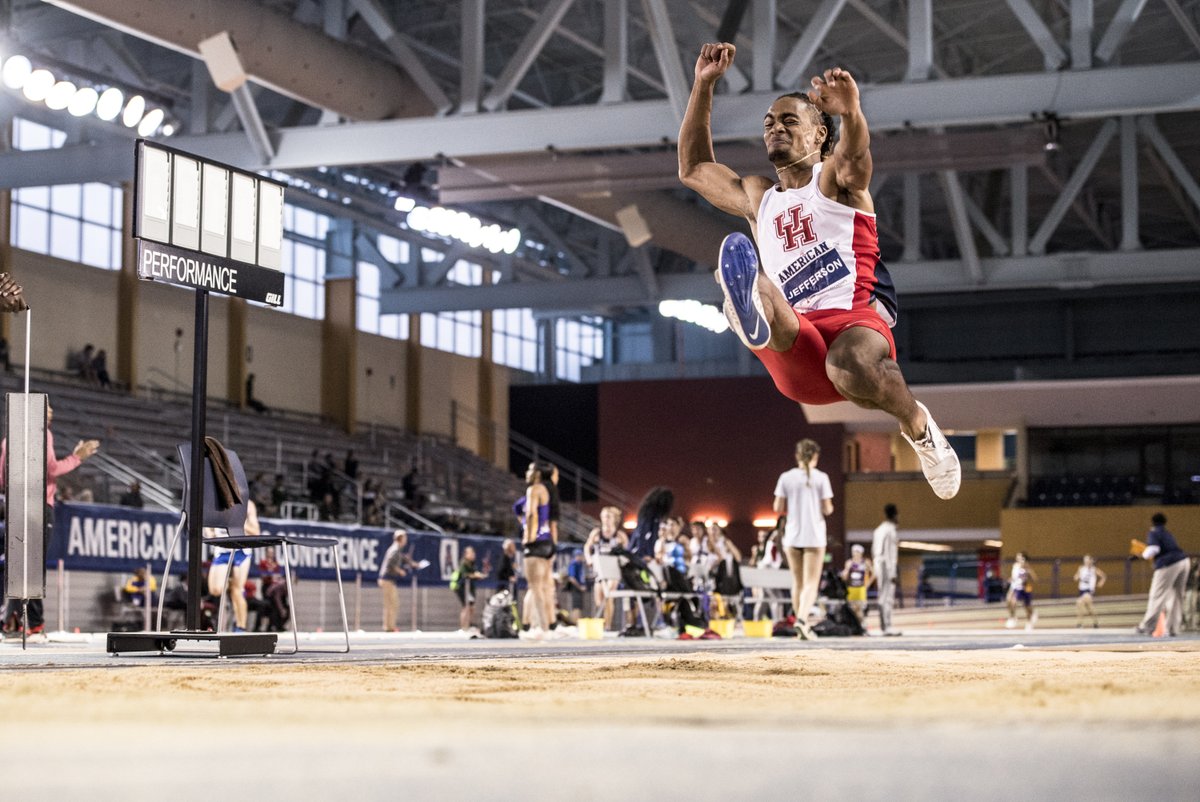 We're so proud of @BRazzleDazzle5k! He finishes 11th in the Steeplechase at the #TrackFieldTrials21 with a time of 8:33.70 and this is just the beginning of a very bright future! We know he'll be back! #HTownSpeedCity https://t.co/qYKFZFxGLv

Mikaila Martin closes out the #TrackFieldTrials21 with a toss of 62.48m (205-0)! We're extremely proud of everything that Mikaila Martin has accomplished in her time at UH and can't wait to see what is in store for her! #HTownSpeedCity https://t.co/tJtqSr5e3l 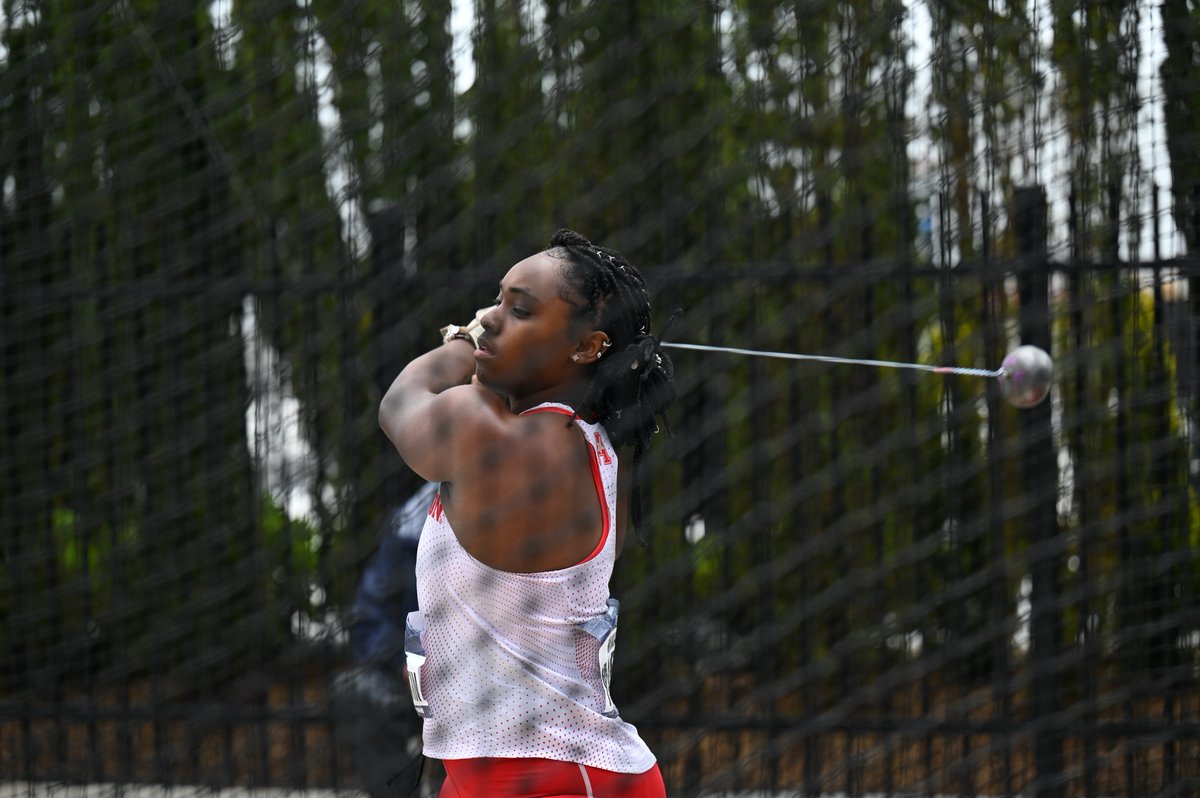 We're so proud of Cougar alum, Chris Carter for taking fourth in the Triple Jump at the #TrackFieldTrials21! What a journey for @cartercutz! 📏16.82m (55-2 1/4) #HTownSpeedCity https://t.co/NjadO2PzwF

Jordan Booker closes out the #TrackFieldTrials21 with time of 20.62 in the semi's of the 200m. We are so proud of everything that Book has done this season and this is only the beginning! #HTownSpeedCity https://t.co/aERGdxQhco 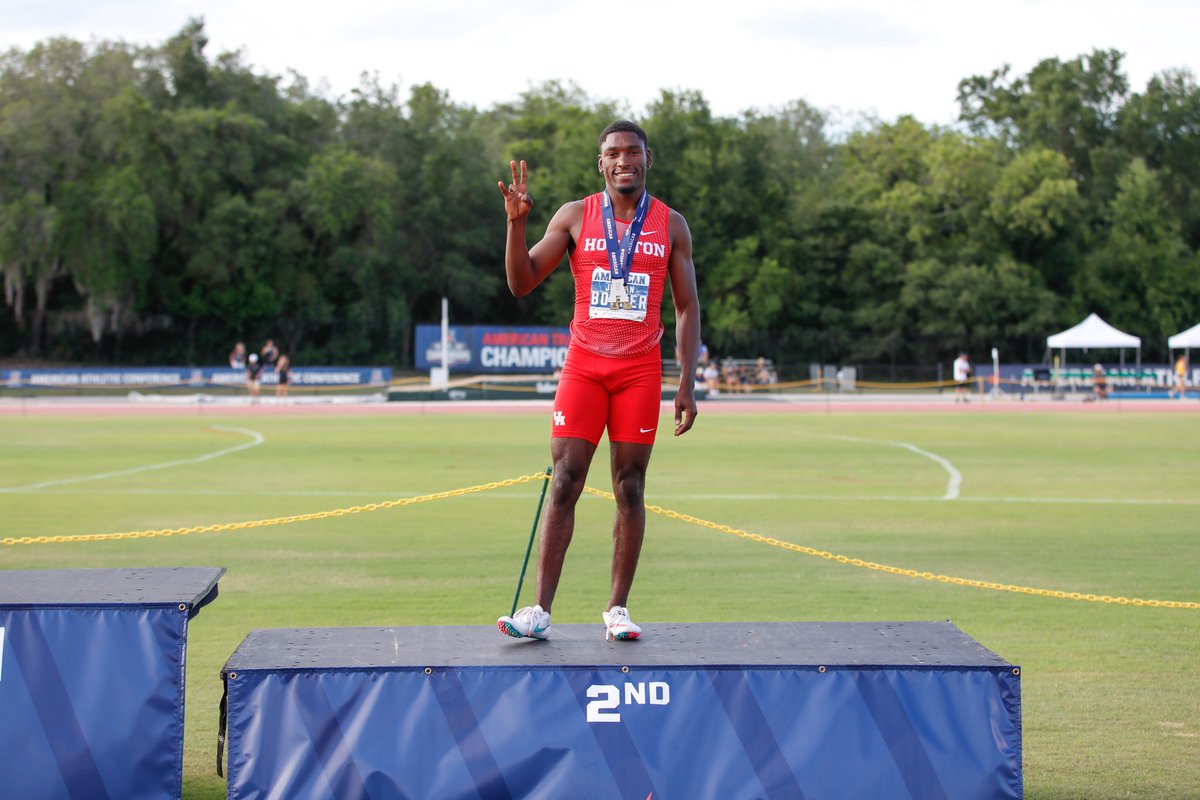