Coogs open as a 6.5 point favorite. I could see this potentially climbing a bit.

PREVIEW – No 20/19 Coogs back at it with two road games this week, starting 8 pm Wednesday at USF inside Yuengling Center #ForTheCity x #GoCoogs READ – bit.ly/3buMYVe https://t.co/LAwPixWSGN 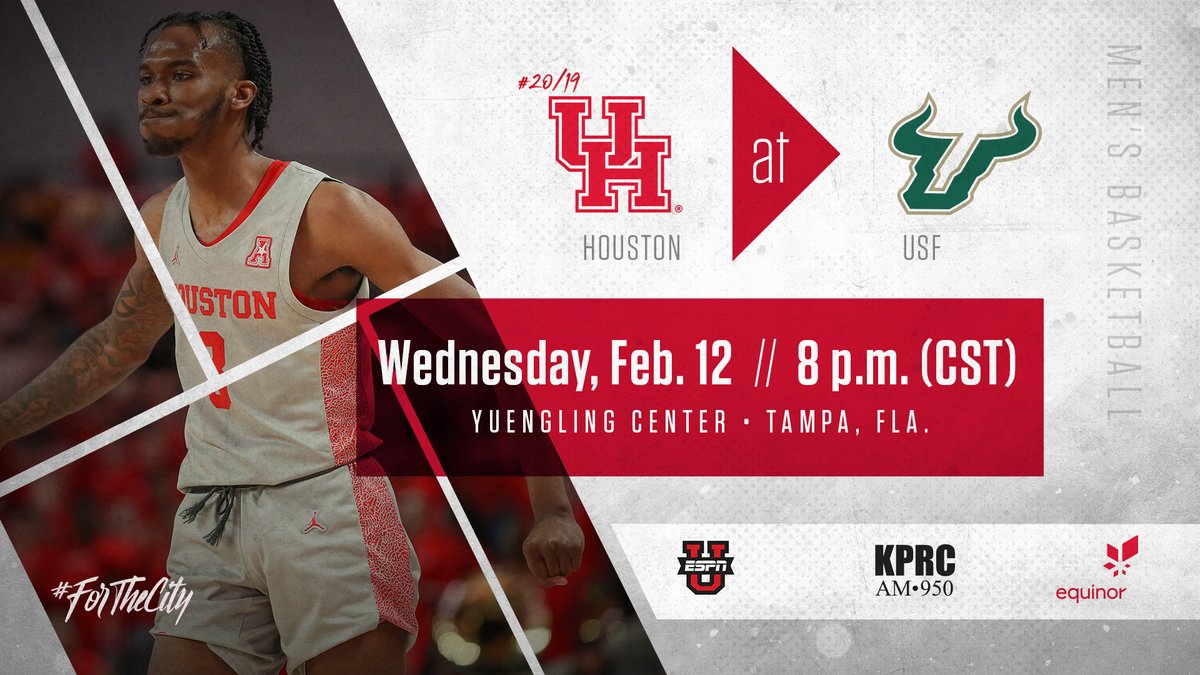 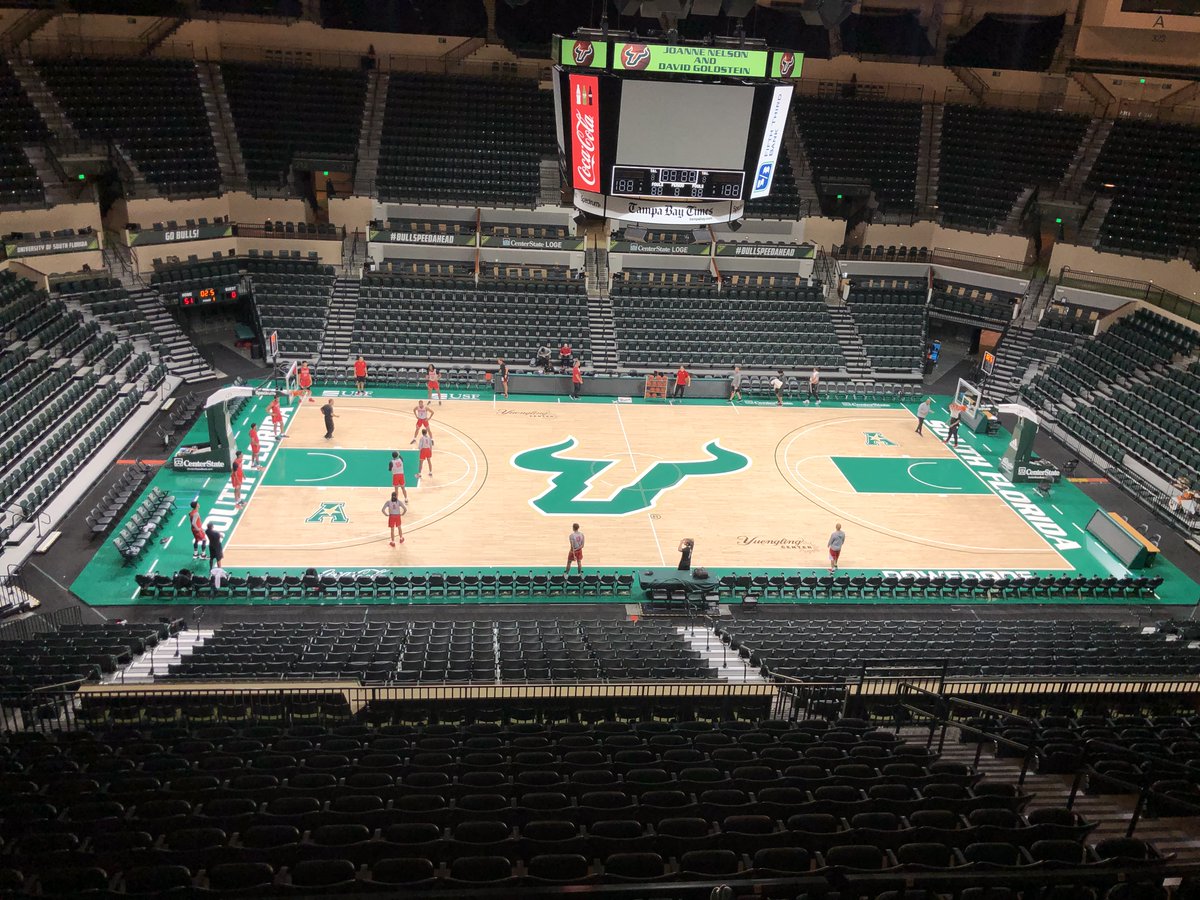 actually went down to -5.5 according to ESPN app

Anyone thinking this will be easy is kidding themselves. South Florida has been playing lots of close games. They just beat Memphis. They are pumped to have a chance at beating us and Memphis back to back. We will get all they have and I am willing to bet at their house we will get a tight whistle. Don’t set yourself up for disappointment by mistakenly thinking we roll them on the road. Hopefully our players realize this will be a street fight.

I like the ESPNU exposure and the 8 PM Central makes it really easy for me to watch but starting a regular season game at 9 PM local time seems crazy.

Last time USF beat UH was in Houston in January 2016 when Dotson, Knowles and Van Beck led the way for UH.

The last time we played there (2019) was a foul festival. 62 combined fouls called. Lots of turnovers too. We won, but it was very hard to watch. Hopefully, this game will be different, but with the same result.

The great thing is that they have Sampson as their coach.

As a reminder last year was the infamous game that had 62 foul calls. Our leading scorer in the game was Breon Brady with 13 points and 9 rebounds. Corey Davis fouled out in 18 minutes! He had 6 points. Jarreau fouled out in 15 minutes. He had 4 points. Armoni Brooks had 4 fouls and went 1 - 6 from 3 point range. Brady had 4 fouls. We had ONE lose last year when we played and held on to win by 9 largely because of them missing 14 FT’s. They had 41 FT’s and made 27! We made only three 3 pointers against them. But they shot 31.8% overall and only 23.8 from three, and it still took them missing 14 FT’s.

Again this could be a game we watch pulling our hair out. 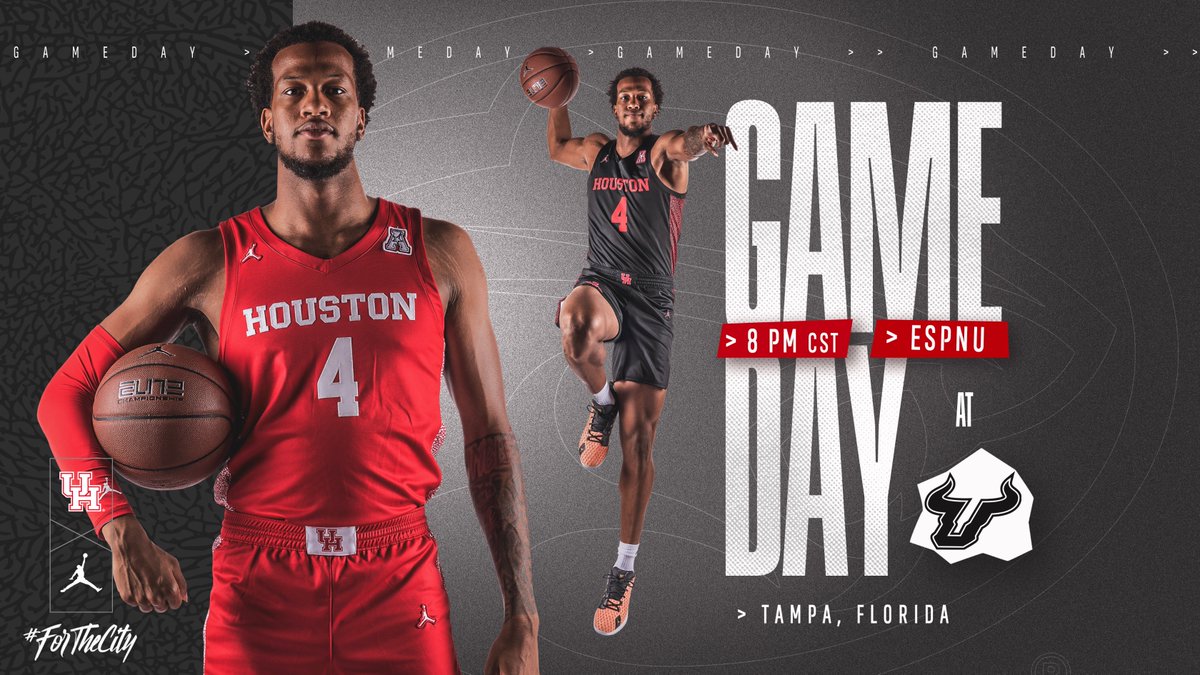 weird to have a 9pm start time, especially for a conference game.

Not really we have played at 9PM ET on Thursday a few times this season,

Were those games also being played while in the eastern time zone? It’s weird for a game to start at 9pm local time.

I would think it is not so weird on the east coast, but since I do not live there I will defer to someone who lives there.

None were east of Houston.

Edit: Looks like the Big East tips off at 8:30 local time so not too far off 9 PM

Kevin Brown and Enthusi Adams on the ESPNU call.

This game is a bit worrisome. Trap game

ALL road games are worrisome; you can never let up. Watching SMU-UConn game right now and I am (I really hate to admit this) pulling for SMU against that AHole coach and UConn – and I hate SMU.

I find it a bit irritating that the American schedule makers for the second time in a couple of weeks scheduled UH to play two in a row on the road - and both times travel to meet a team that was playing a second consecutive game at home. It was even more irritating against Cincy since they played on a Tuesday, got an extra day of rest and preparation while UH had to travel to ECU (I think I have that right) return home and then go to Cincy. Of course - I am probably just being irritable and it all works out.

The worst scheduling issue is that we are the only school in the conference that doesn’t have a Saturday home conference game. We have already played at Tulsa, Wichita state, and Cincinnati on Saturday, and will play at Memphis on a Saturday