Sumlin stole Keenum’s because he couldn’t wait two more quarters to be aTm’s guy. See what that GOT him!

Sumlin stole that from him.

Quick 6 is by far my favorite RB

Wow where did that come. Shout-out from the biggest star in the league

That’s awesome to see Mahomes tweeting about Greg Ward’s performance last night. That East Texas connection is strong! A good article from the Philadelphia Inquirer on Ward’s development as a WR. One take away: if he doesn’t make the Eagles’ 53-man roster this season, another NFL team will definitely pick him up. 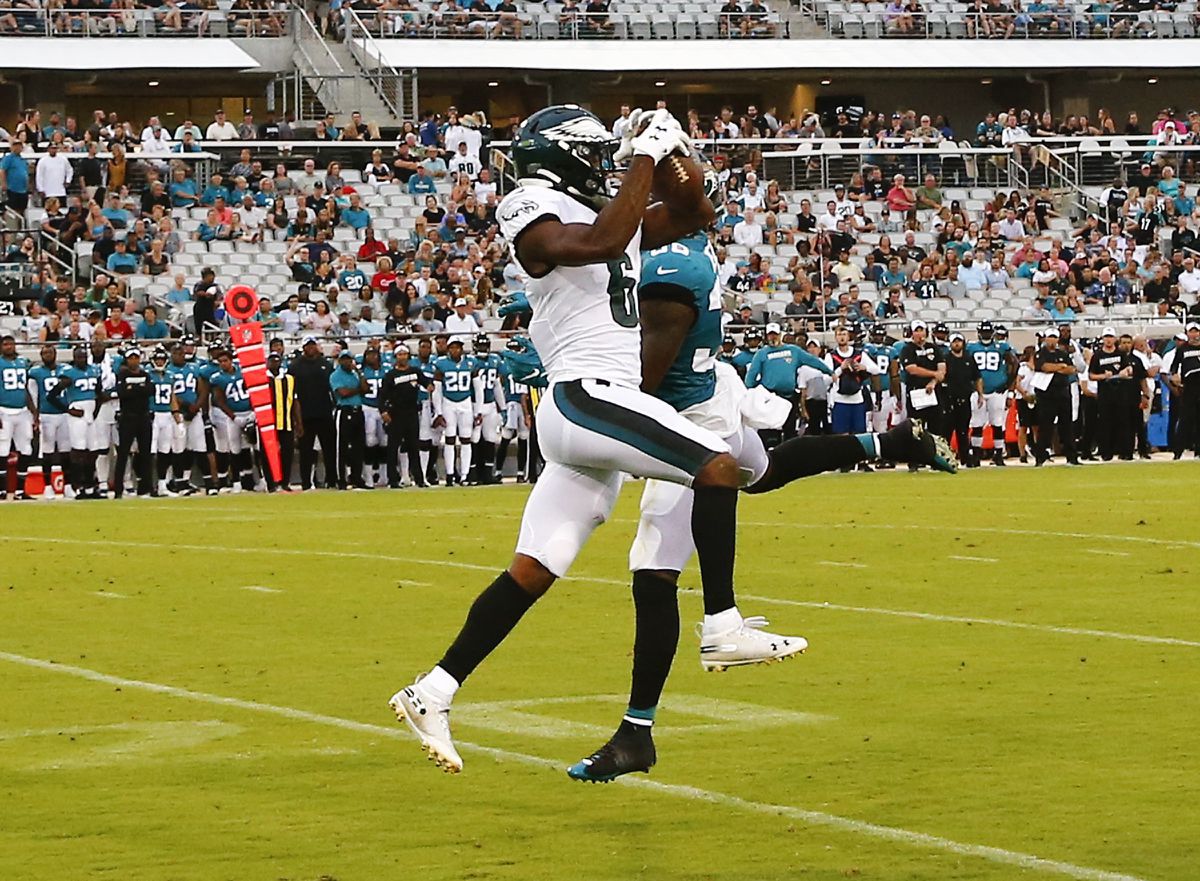 With a 38-yard touchdown catch against the Jaguars Thursday night, Ward continued to make his case for a roster spot with the Eagles.

The Texans are in need of a good slot receiver who isn’t so injury prone.

This is so awesome!

Wow, good memories. Him in the backfield and Donnie Avery with the deep threat were such a great combo to have.

Ward has great hands… Is it me… or something in my eye… he looked a lot taller on the NFL field… still he has great hands and the way he caught that ball is just about perfect to me… he is a play maker here and in the NFL…Touchdown!!! Go 3rd Ward!!!

I agree, but I don’t want any of our guys playing for Bill O’Brien.

I think a punter would get lots of reps.

I wouldn’t want to do that to Greg. 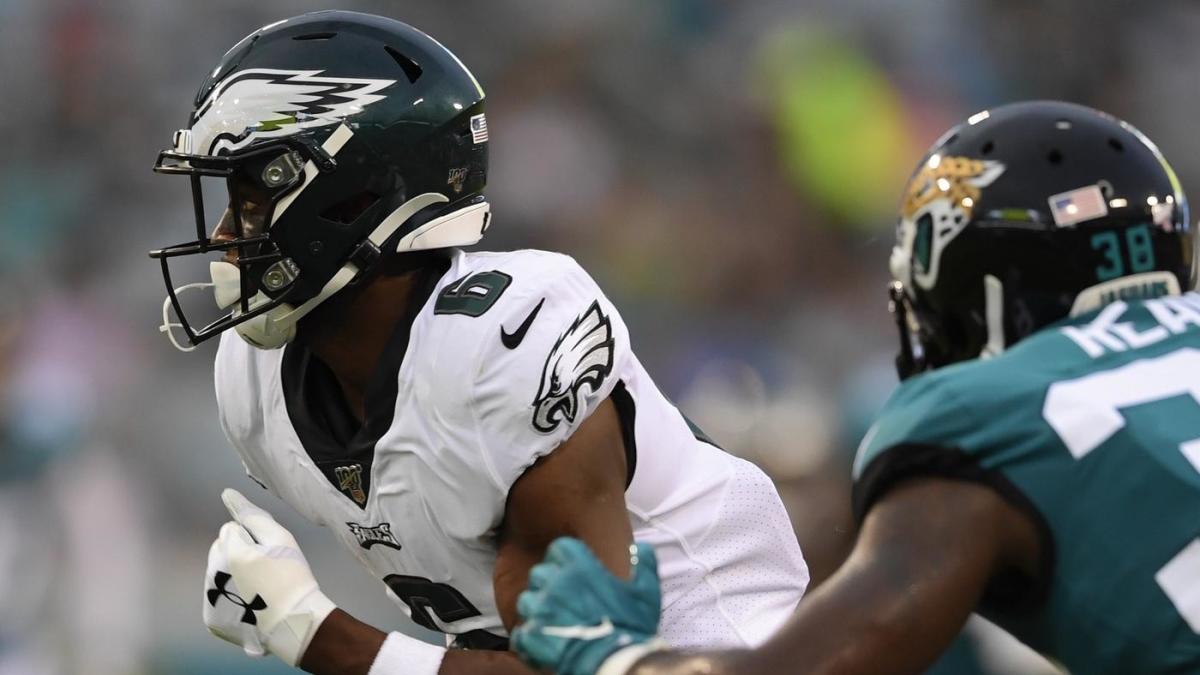 Greg Ward Jr. is making his case for the final receiver spot on Eagles

*Plays like Ward’s touchdown are getting him noticed around the NFL – another reason why the Eagles are facing a difficult decision to cut him. *

“I’m studying like I’m a rookie,” Ward said after the Eagles’ 24-10 win over the Jaguars. “I’m studying like I have something to prove, which I really do. My main focus is doing it for my teammates and my family. I just keep that in the back of my head every single day. Try to come out here and do my best.”

WR Greg Ward, who was a QB at Houston and the Eagles' emergency QB after Cody Kessler's injury, was asked what would have happened if he had to play QB against the Jaguars: "We would have won."
10 Likes
pray10 (Patrick) August 17, 2019, 2:34pm #35

Some people are analytical and like the details. Some have an intuitive analytical sense, not being able to put details into words but their mental “model” can have a pretty analytical basis.

Maybe it was just the games you were able to see, where and under what conditions you watched and how you remember those games. Stick to your model until you get info that changes your opinion. Anyways, that’s how this old man has always done it.

The thing with Keenum is that he was never the guy that was a highly regarded recruit, despite his high school accomplishments. His numbers at UH surpassed Ware, Kllingler, Kolb, Ward, and every other college QB in the history of the NCAA, yet again, he had to go the free agent route, unlike Ware and Klingler, who were both first round draft choices. But, he had more success than both in the NFL. He has had to work his butt off more to get everything he has ever gotten, and he does it without complaining.

Danny Davis was the QB when I first started watching the Coogs. No, he didn’t have the gaudy stats put up by the R&S or spread offenses, but he took us to the Cotton Bowl beating undefeated #4 Maryland to have the Coogs end up #4 in the nation. He beat four top 10 teams that year, including leading the Coogs to a 30-0 whitewash of the whorns.

Ward, well Ward was Ward, He was electrifying with his Hudieni escapes and long TD runs.

You guys each have your own reasons for liking who you like and it doesn’t need to have anything to do with their actual records at UH. A long time ago, I was watching a guy make wood shingles at the Cades Cove park in Tennessee and we got to talking. He told me that he watches the tourists as much as they watch him and he has seen all kinds. He then said something that has stuck with me for about 40 years. He said, “It’s a good thing we all don’t like the same thing or it would be one hell of a fight come bed time.”

Danny Davis was the QB ion my first 2 years at UH as a student. The veer was great fun to watch and Danny was a magician. Your notes on him were partly new to me or I had forgotten. I think I recall beating uta 30-0 in the dome?

Klingler was a statistic anomaly and Keenum beat those stats. Wow… Case simply saw so much field and could keep moving around like Tarkington until he got his chance.

I am with you I think on your selections and order.

BTW, Kolb had eyes in the back of his head until Philly and Cardinals Olines (or lack thereof) permitted defenses to smash his head.

Well said all around. I completely agree with those sentiments. The one extra feeling that I always got from Keenum was that we always had a chance to win. No matter the situation, when he was on the field I always felt like we were going to win or had a chance to win. There are some players that will absolutely never quit, I love those players, and Keenum is one of those players.