If it comes to this, UH (Tillman) should sue ESPN, ABC, and NCAA for creating this P5/G5 debacle that has singlehandedly ruined conferences and rivalries… 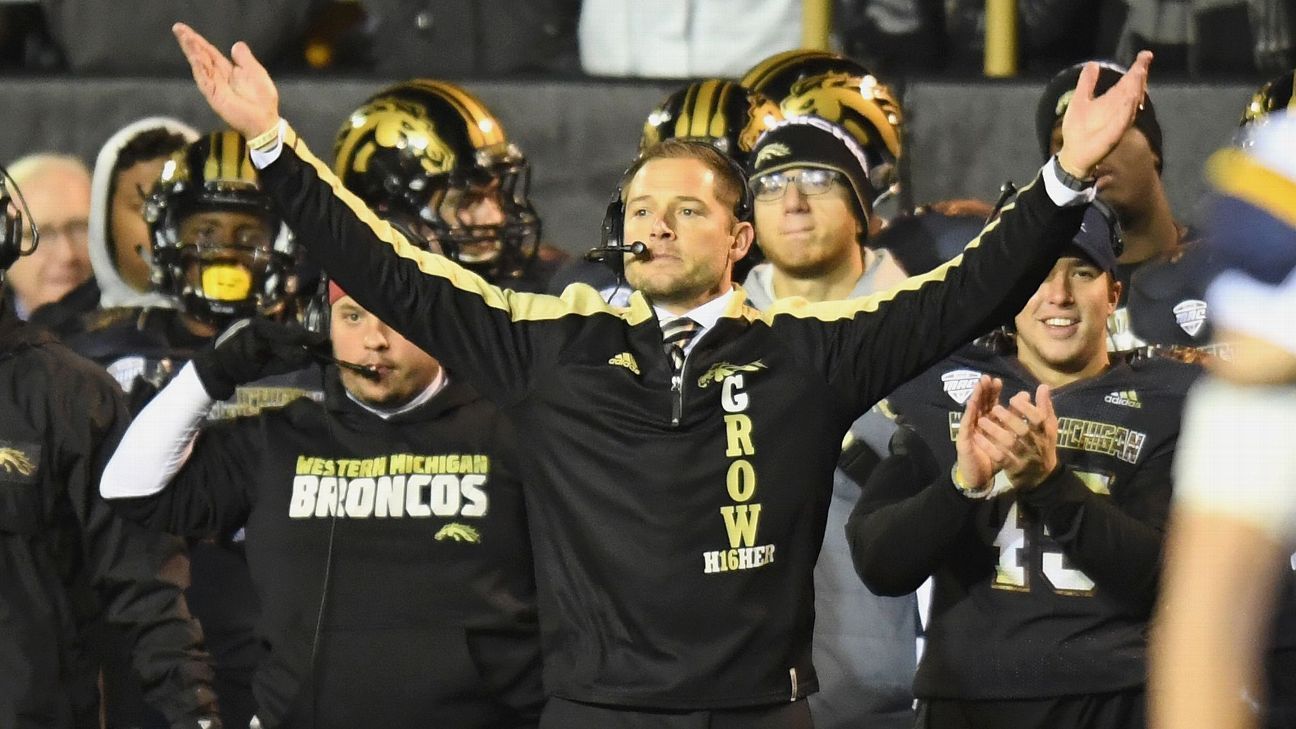 Group of 5 schools considering own playoff

A growing number of Group of 5 officials are in favor of adding a playoff specifically for the Group of 5 schools because it's been 32 years since a non-Power 5 team won a national championship.

Saw this article this morning. This is NOT GOING TO HAPPEN!!! #slapintheface

Sounds an awful lot like ESPN is pushing back against the P6 narrative that Aresco has tried to sell. This would be really bad for anyone outside the club.

Aresco said very strong NO to this idea.

I agree that this would be the equivalent of a JV championship, and as such, would say hell no a la Aresco’s statement.

However, I also agree that the CFP committee will never put a G5 candidate in the top 4. The committee’s sole purpose is to make sure the playoff consists of blue-blood P5 members that they consider worthy.

Anyone who thinks Houston would have made the top 4 this year, even undefeated, is deluding themselves.

Don’t underestimate ESPNs CFB monopoly…they kept the B12 from expanding. There’s nothing the weaker P5 conferences (B12, PAC12) would love more than to further than circle the wagons on their ‘super conference’, w/ESPN holding all rights.i.

Only way I do this is if the winner gets a spot in the playoffs. Otherwise, no.

Wouldnt be too opposed to P5 and G5 playoffs where the winners from each playoff play each other for the actual national championship.

Sounds an awful lot like ESPN is pushing back against the P6 narrative that Aresco has tried to sell. This would be really bad for anyone outside the club.

You are acting like the P6 narrative had any chance of being reality. Bottom line is the G5 schools are going to have to work together to do something to stay alive in advance of the P4 reality. Maybe it’s own playoff isn’t the best solution, but something is going to have to be done.

Full podcast. Lasts about 20 minutes. Frazier’s main goal is to have a discussion with other G5’s about future and how to best monetize. He does push the G5 playoff narrative, but mainly wants the discussion to happen about the future.

Makes sense from a MAC, CUSA, Sun Belt perspective where money is very limited due to small tv contracts. AAC and MWC contracts aren’t that small and schools have been part of the playoff conversation; would make no sense for them as it’s doubtful the money would be worth it unless TV carriers were willing to pay $10M per conference school.

Thing is, if you can’t compete financially, the school should move down a level to FCS where there is a playoff. G5 schools moving in this direction would make it easier, legally, for P5 conferences to break away down the line. With the cable TV bubble about to burst, now is not the time to do something drastic like this.

The bottom level P5 schools are getting $25M per year for being an easy win on the schedule.

UH deserves to a share of that pie. We have to keep fighting until we are on the same playing field as Wazzu, WF, Vandy, KSU, BC, ISU, Purdue, and others.

Screw the rest of the G5. UH, UCF, USF, Cincy, BSU, SDSU, BYU, ECU, and Memphis all deserve a seat at the table. If you can bring out 30K fans to a football game without having a blue blood on the schedule then you are just as much a power football program as some of the other schools I mentioned.

This was my first reaction, but think about how impossible it would be to get to the real playoff with a healthy team. The extra burden on the team would be too much especially since g5 depth is already paper thin.

A G5 playoff would be the equivalent of a Junior Varsity Championship.

If you agree to this you might as well drop down to FCS.

As I stated in a thread on TOS. G5’s have one and only one course of action that will change the face of college FB.

If the millions of G5 fans do what a million+ politically motivated sports fans did when ESPN decided to bring politics into sports and cut the cord. Well it is tough to run a business when you loose such a large percentage of your customers.

Will they do it. No, sheep are sheep. The ESPN/Media/Apparel Mfgs. have done a great job of controlling the minds of most G5 fans. I have seen addicts in prison ministry that seem less addicted to crack than ESPN/Media. Those in prison cannot get their crack, etc., but they do have ESPN. After all to deny them that would certainly be grounds for a cruel and unusual punishment case.

Both the crack addicts and the ESPN addicts pay for their fix. One to a street supplier, the other monthly in their Cable/Dish bill.

Would love to see a G5 CUT THE CORD Movement that would directly hurt those who are recreating college FB and BB. ESPN/FOX/CBS/etc. could not afford to pay the P5 teams what they are now without G5 fan support. NIKE, Adidas, Under Armour, etc. would lose an audience of millions of targeted potential customers. These Apparel Mfgs. thus would not pay what they are now for ads because of a severely reduced Cable/Dish audience.

Money makes it all happen. Without blind G5 sheep to support that which is actively destroying G5 FB/BB, They can create the new Super4 conferences but will not have a large enough paying audience to pay P5 teams like they are now.

But hey, though I’m not watching the bowls, it is now officially BIG BOWL SEASON where the big boy P5 teams are playing. After the non ESPN game between Air Force and whoever is played you only have the token G5 vs P5 N.Y. 6 game. During the UH bowl game, one ESPN commentator even said it was the Mid major bowls to be followed by the P5 Bowls.

So watch and support the creation of the new order of college sports. ESPN/FOX/CBS/NBC/etc. and all the apparel mfgs. thank you sheep, G5 fans for blindly supporting the destruction of your conferences and teams.

It is happening faster and faster and ESPN is starting to hemorrhage money to the point that Disney is thinking about selling it.

Next round of TV deals will be interesting as there is no way that the networks can continue paying the amount of money they are. Hopefully, the AAC can get a good deal since we’re up next, but we may have to go elsewhere to find it.

An industry source told ESPN there has been interest from NBC, CBS and ESPN in televising a Group of 5 playoff. But would it command $83.5 million annually?

No reason for any G5 conference to support this proposal. Basically playing right into the hands of P5 for an easy separation. twitter.com/mcmurphyespn/s…

There are some antitrust concerns with a P5-driven separation. A voluntary G5 dropout would likely nix any possible legal claims. twitter.com/swmckewonowh/s…

I don't think it's unfair for the other G5s to count themselves out. No other league has had more than 2 teams scratch surface ever.

Screw ESPN -that organization has made college football dirty!