Should be a fun one. SHSU is good, but beatable; had been on a 5 game winning streak, including a win over Baylor, before losing their last 2 games against SFA. They average 7.1 runs per game so our pitching better be ready and hopefully our sticks are ready. 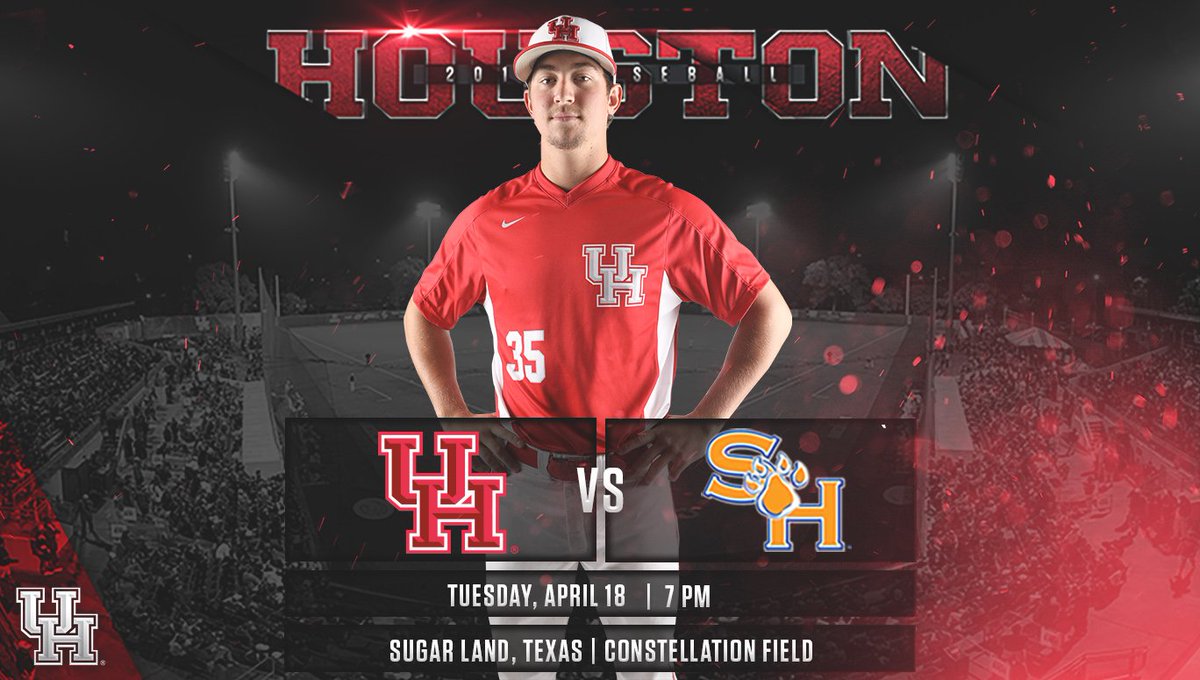 SHSU hits an absurd number of extra base hits. Not surprisingly, a vast majority of their roster are Houston area kids too. Sam Houston State enters Tuesday’s game with a 25-11 record.
The Bearkats are coming off a Southland Conference series loss on the road at SFA over the weekend.
As a team, SHSU is hitting .306 with 18 home runs and 67 doubles to accompany its .440 slugging percentage.
Leading the way offensively for the Bearkats is Hunter Hearn with a .366 average.
The pitching staff owns a 3.73 ERA with 10 saves. SHSU pitching has fanned 281 hitters, while walking 96 in 321.1 innings.
Dominic Robinson (3.78, 1-0) made the start in SHSU’s midweek game at Baylor last week. He has made nine appearances with one start and has fanned 17 in 16.2 innings.
Dakota Mills has made the majority of midweek starts for the Bearkats, posting a 4-3 record with a 4.79 ERA with 10 appearances and nine starts. He ahs fanned 34 in 47.0 innings.

Houston and Sam Houston State have met 160 previous times, dating back to 1947.
The Cougars own the slight series edge at 81-79 over the Bearkats.
Houston is 2-0 in neutral site games vs. SHSU.
Houston and SHSU split its matchups in 2016 with the Cougars winning 4-3 at Schroeder Park and the Bearkats winning 4-0 at Don Sanders Stadium.
The overall series between Houston and SHSU is the second-longest series played in the Cougars’ program history behind 183 games vs. Rice.

I’m glad they’ve add this; with out history with SHSU it’s deserving of some kind of recognition. 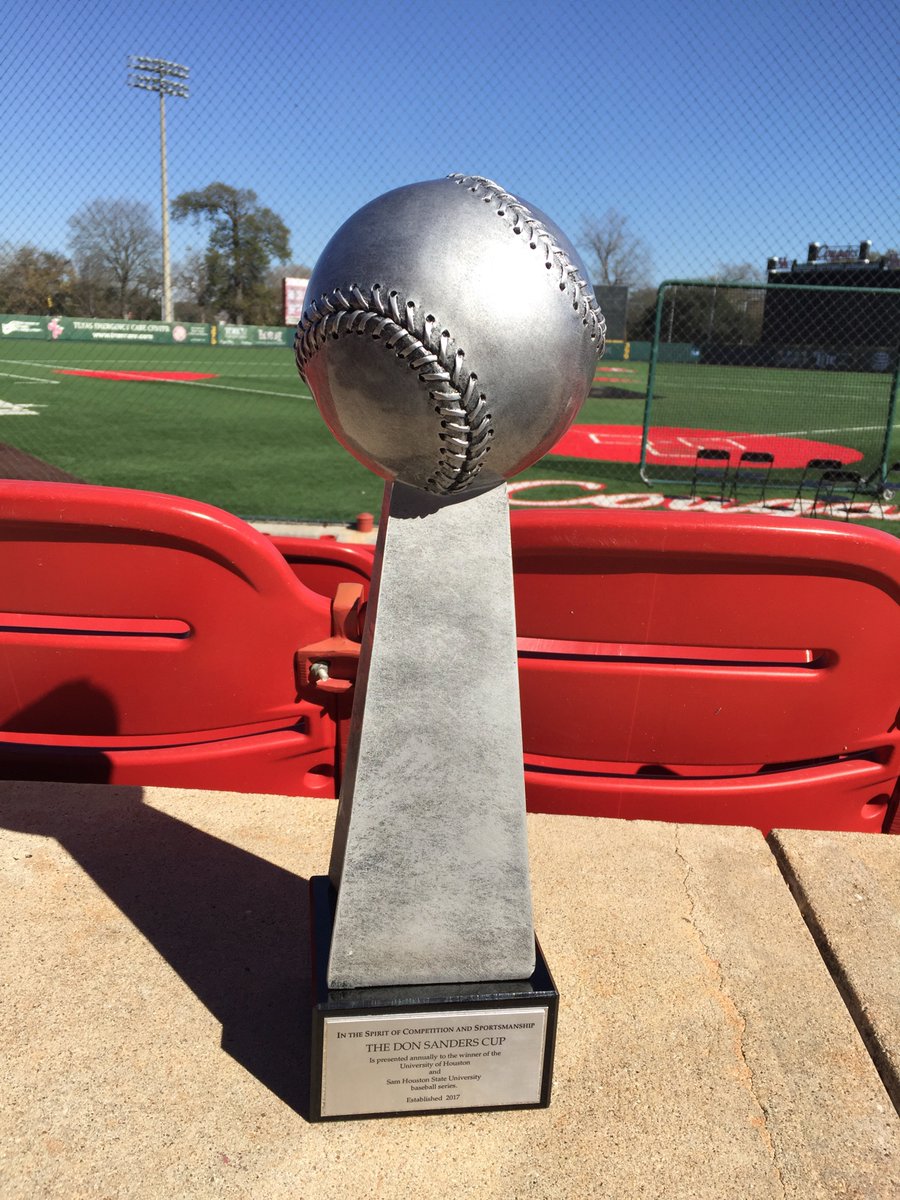 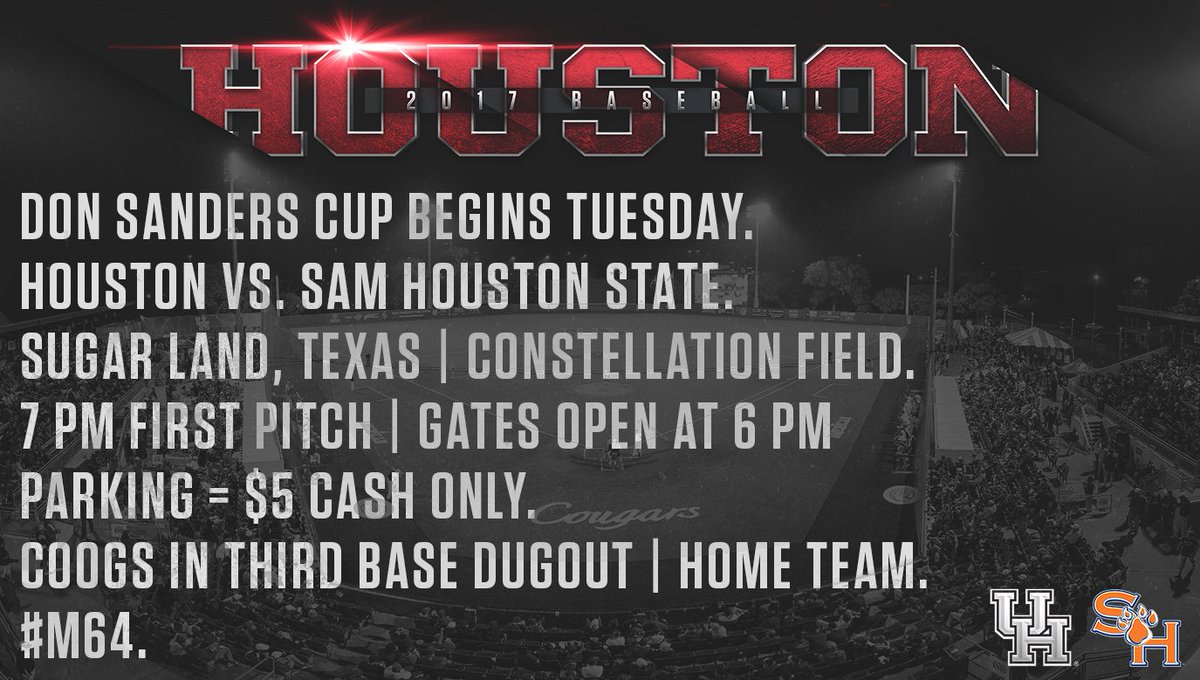 I agree, I like this as well. Several of my family members are bearkat graduates and if you look at it from a series history standpoint, along with how many series we have had with them for several years, they are our most competitive opponent. For instance, I think the series is 81-79 in our favor and for awhile, the series record against them has been even.

Davis and Padgett are banged up and out of the lineup tonight. Scheiner will DH to rest as well. CTW says they’ll all be back this weekend although it sounded like Padgett may be questionable.

I was going to post that I hoped we bounced out of the 1st inning funk tonight, but too late.

Just curious, who is the woman calling the game with Jeremy?

Top 2nd
Lineout to Wong, K#1, bunt that Slaughter pounces on and throws the runner out

Top 3rd
K#2, single, and a double that gets lost in the LF corner scores a run…Bearkats lead 3-0
Popout to short, walk, and a flyout to center ends the inning

Be nice to get a hit tonight

Bottom 4th
Wong flies out to center
Hollis singles
Julks bloops a single to right, Hollis to 2nd
Scheiner pops up
Lockhart walks on 4 pitches, loading the bases
Triolo swings at the 1st pitch and grounds out to 3rd

Man, Fuentes has really struggled at this level.