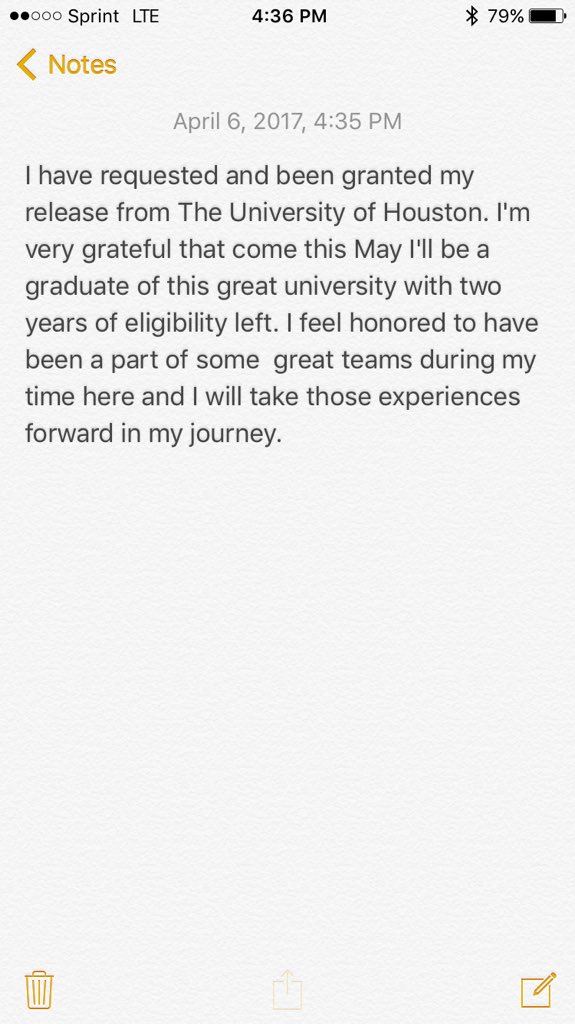 Seems like a class act. Came here pretty highly regarded IIRC but the QBs have been lining up over the last few years. Glad to hear he is graduating and hope he does well in life.

Best of luck to him, I hope he finds someplace to take advantage of his remaining eligibility.

I wish him good luck wherever he goes.

Tough situation for Bear, never really got a shot with the new coaching staff. Always professional about it and knocked out his degree quickly prior to transferring. Wish him well.

I love how his mother chimed in on twitter saying BEAR will NOT be going to Austin unless it is to visit friends and family. Lol

Damn, that’s awesome. Like the kid and his mom even more now.

Good luck Bear, best wishes to you. No matter where you go next, you are always a Coog.

Does this give Major another scholarship for next season?

Yes, I think this gives us 24 right now that we have available with Bear’s departure and the 3 concussion related retirements.

I think we’ll have another early departure after the season as I expect someone else to go pro early. Allen, Catalon, G.Davis are the most likely depending on how well their seasons go. That should get us to 25 which is the max.

Catalon makes the most sense. Kid is a beast whenever he is healthy.

Happy to say I will finish out my college career and work on my masters degree at Saint Francis University https://t.co/gX936h2wDD 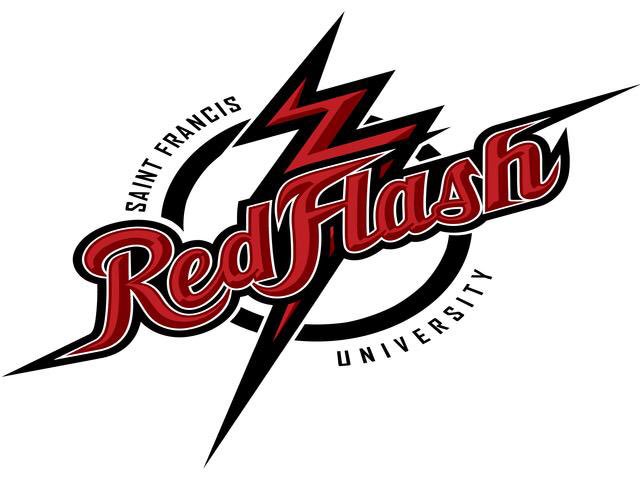 Fenimore to start for Red Flash

After a quarterback competition in camp, the Red Flash have named Bear Fenimore as their starting quarterback for Saturday's season opener against Lock Haven.

After a quarterback competition in camp, the Red Flash have named Bear Fenimore as their starting quarterback for Saturday’s season opener against Lock Haven.

Coach Chris Villarrial pointed to the Houston transfers’ progression in camp, as well as his ability to check out of plays at the line of scrimmage, as the reason for his decision.

Loretto, PA
SFU was named for St. Francis of Assisi, a saint who encouraged his followers to divest themselves from materialism and opulence, and to help the poor and less fortunate.
They play at Liberty on 9/30. Liberty plays at Baylor tomorrow.
Good luck Bear and Red Flash.

25 being the max due to roster capacity or NCAA guidelines?

Bear’s still kicking around and putting up good numbers the last two years at St Francis. NFL Draft Diamonds has interviewed some of the best small schoolers to make it to the NFL.  Last year our team interviewed over 750 players from NAIA to the FBS.  This year we went to NFL teams scouts for every question on this interview.  Ten NFL...

Who is the best player you have ever played against in college?

* When I was at the university of Houston I would practice against Ed Oliver and you see what he does against other opponents so imagine that in practice.