Briles to fau as oc

Wow they are going to be tough.

One and done, and run by coaches of questionable character.

Fau is going to be stout. 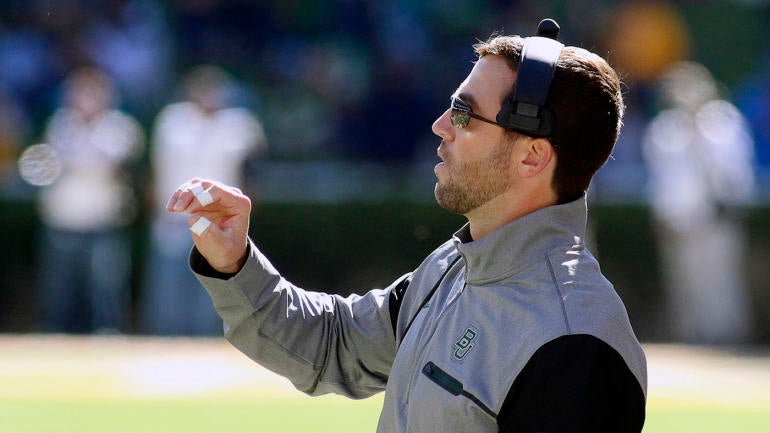 Lane Kiffin is doing one heck of a job so far at Fau.

I guess; the more I see of him so far, the more that I think we’ve dodged a bullet as Lane hasn’t really learned a lot during his time away from head coaching.

Exactly!!! I don’t feel we missed out at all on “an execellent OC”, whether that is in regards to Kiffin or Briles. I think that we dodge some massive bullets and will be much better in the end.

What we missed out on is the smell of Baylor’s scandal stinking up UH. Recruiting opponents would have killed us with that. I doubt anyone cares in Florida. Plus he will be in line for the HC when Kiffin moves on in a year or two. Pretty good career move for Briles if he doesn’t get hit with a show cause by the NCAA, which seems to be taking a second look at Baylor.

Let’s hope Major Applewhite is not Tony Levine 2.0…where UH hired with in, and miss badly. I know he didn’t have his full coaching staff against San Diego St, but that game left a sour taste in my mouth.

You gotta be kidding? If you don’t have a grasp of that situation by now there’s not much hope.

You might want to wait on our OC to make that judgement. It’s speculated that our new OC and DC haven’t been announced yet because they are still in bowl games which wouldn’t be that bad. On top of that, Kendall has a recruiting violation and the link to the Baylor scandal.

Glad we passed on Kiffin. First he signs a kid who hit a woman, then hires a coach who turned a blind eye to rape.

The jury is still out on whether Briles did anything wrong, other than recruit players with checkered pasts. Didn’t we sign Dotson?

Yes we did sign Dotson. Do you want to compare the process that Dotson went through to come to UH, as opposed to the process or lack there of for the Baylor football players? Hint: it took a special interview with Dr. Khator, the player, the player’s family, Lucas, the HC where the coaches explained their due diligence, the law was laid down on Dotson, and future behavior was thoroughly explained. The player, and I would bet, the coaching staff know that if he screws up, their a**es would belong to Dr. Khator, and they would be looking for new digs… Feel free to post how that even begins to compare with the run-away program the Briles and Co. ran at baylor. Based on that, I have serious doubts that anyone involved with the Baylor rape cases, including those in a supervisory position, would be hired without her blessing and approval.

Coach Sampson signed Dotson, Graham and Pollard with a checkered past. I’m all for second chances.

And if you think he did it, without consulting Dr. Khator, you don’t know our president.