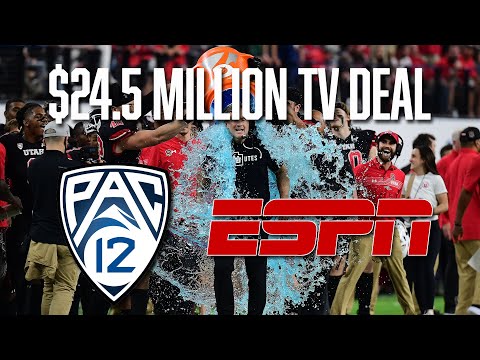 This is posted in another thread.

The other thread is crazy.

Thank you for posting this.

That’s with Oregon and Washington included.

I am not looking forward to seeing what the offer for the big 12 will be.

Regardless, it’s more than the AAC, but the current big 12 members will be needing to get their hairs cut at Walmart instead of visible changes.

Why do people go to the mall to get a haircut?

Convenient excuse to buy something…

So that’s why I bought it honey…

I stay out of malls… Nothing but a money pit.

That number is totally based on Twitter rumor and now it’s making the rounds on podcasts and YouTube.

Sad how much fake realignment news is out there every day.

Scheer is turning into another mvher and swaim.

Flugar is right in there too!

twitter rumor? Sheer works for Arizona athletic dept as head of their fundraising . You think he doesnt know plenty of people, including Arizona’s AD??? He will be aware of what is going on, as far as Arizona is concerned. Do not compare him to on line bobble heads like Swaim and that other guy…Sheer is an actual source, at one of the schools we are targeting…

I don’t care what position he’s in, he’s posted multiple things over the past two weeks that have been flat out FALSE.

Give me a break.

Thanks for posting but I’ll wait on confirmation from Mhver.

He’s been on multiple regional and national sports shows to talk about Arizona and realignment.

It doesn’t matter either way. People believe what they want o believe.

I wouldn’t be surprised if it turned out he was getting bad info, but what has he said that was flat out false?

If the Big12 is worth $50M, why would we want to add the 4 corners schools when they are worth $24.5M each? Something doesn’t make since or is Stanford, Cal, Wazzu and OSU dragging the amount down?

It does seems like the Big12 figure is a little inflated.

Assuming the number of $245 million a year for 10 PAC12 teams is true, then ESPN is likely lowballing them due to the exclusive negotiation window they have. Fox declined to bid during the exclusive window. Only Espn came to the table. Now, when the window is up, then Fox can step back up and out bid espn if they decide to do that. Also, this could have been the initial number and it is a negotiation, not necessarily a final figure. Still, it isn’t what the PAC12 schools hoped for. 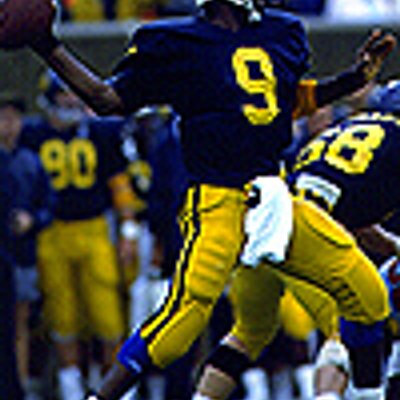 @MHver3
So I was told the proposed breakdown for unequal revenue sharing for PAC. You ready for this? Oregon/Washington 16.5% each. Stanford/Cal 13.5% each. The other 6 split the remaining 40% equally.

Now figure this unequal revenue sharing into the equation. In millions.

@MHver3
Fascinating look at how much a few teams can command so much money: USC/UCLA were 50% of total Pac12 worth. OR/WA/Stanford/Cal are now 60% of the worth so prior to defections that group was 30% of the worth. Which means the remaining 6 were only 20% of the total worth

@MHver3
So last nugget for the night: The knight/Yormark meeting today was about Stanford. Apparently he’s a pretty large donor of theirs as well.

So…
Here we sit. Yormark is meeting with Phil Knight to discuss Oregon and Stanford additions as well as the Notre Dame bookend media deal with NBC. Phil Knight is a booster for both Stanford and Oregon and working to protect both. ND pushing Stanford and using NBC deal.

Arizona has also been rumored to be able to make a conference move without ASU who has recently appeared to side more with Oregon/Washington/Stanford in their solidarity and work to keep the conference together. Meanwhile they work the back channels to keep the Big XII option alive.