Starting to hear that things are leaning towards BYU/Cinci. Our ‘friends’ in Austin may have overplayed their hand with ESPN and don’t have as much influence as they thought. That being said, UH has been plastered all over ESPN recently (not just today)…so who the heck knows

Bet I know which team’s fans started that rumor.

That is a Lie, this is the first time i heard that…

Why the heck doesn’t UConn just go back to NAIA or whatever their football program was? Their basketball is more valuable and they could rejoin the Big East basketball schools.

Would ESPN benefit from a “super” conference aka “elite” college football? How many so called “top” Teams have insinuated that we are this close from the creation of a “break away” football league.

I just don’t think there’s money in the superconference idea, at least, not more money than schools currently get. Why would all the superpowers in college football break off to form a 30 team league? Most are in their current conferences because they are in the company of like-minded schools. The B1G and the Pac12 are together for research opportunities more than sport.

But let’s float this idea: 30 teams break apart and form their own “league.” First problem, some of these teams won’t be as successful. Are Michigan State fans going to be happy if they end up at the bottom of this new league. What about FSU or LSU if they can’t get 5-6 wins a year beating up on lesser teams and have a string of .500 seasons. I mean, someone has to lose, right? Why would the schools go for that?

Lastly, breaking off like this will alienate 90+ fanbases; most of whom will never watch this new league. This isn’t the NFL, Auburn people won’t follow Alabama if Auburn is left out; folks in Kansas aren’t going to pay attention if neither KU or KSU are invited. Same with how the Big 12 is falling to the wayside in Houston with the Cougars and Aggies not involved. Folks watch college football now either to follow their own team or in hoping that their team has a chance. Even now, G5 teams at least have a sliver of a chance to reach for the championship no matter how slim it is. Forming this league eventually kills that hope, thereby, killing interest.

I just don’t see it happening unless ESPN/FOX/NBC etc was willing to come in with a huge “NFL” type of offer to certain schools and I don’t think any of them would be willing to do that.

As far as the OP article from Ourand, here’s some more reasonable takes on the matter: 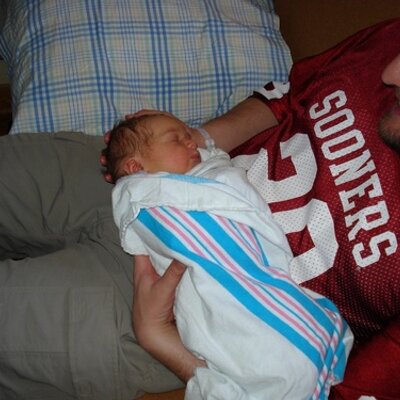 Keep in mind ESPN is in this mess because it wanted to cut the pac-12's legs out from underneath them awfulannouncing.com/2014/how-espn-…

At the same time, ESPN and Fox not paying the Big 12 and arguing spirit of the contract might be a hard sell in court.

I asked Bowlsby this. His response: "Everything is a negotiation." twitter.com/cjprentice11/s…

I agree with you but remember the idea has been “floating” for a while now. I sure hope it won’t happen. The sad truth is that the ESPNs of the world have complete disregard when it comes to tradition.

I agree with you but remember the idea has been “floating” for a while now. I sure hope it won’t happen. The sad truth is that the ESPNs of the world have complete disregard when it comes to tradition.

If this were 5 years ago when there was enough money floating around to entice schools, I could see it. In this age where ESPN/FOX/etc are hurting because of cord cutters, there’s just no way. I think we’re starting to see the last realignment wave for awhile. Once the Big 12 settles on who they want to add (if they do), I’m not sure there will be any push to add anyone else. Maybe if a few of the remaining G5 teams rise up and have all the qualifications, but the more that we enter the age of the P5 (haves) vs. G5 (haven -nots), the worse its going to get for those left behind. Why it’s so important that UH is included now.

Because the university is determined to be considered as a big-time flagship state school like UT is here. Big time = big time football

Also, the state spent nearly 100 million dollars on upgrading UConn football to I-A a decade ago and admitting defeat on that will make the politicians that OK’d that vulnerable in a primary.

I think he was just trying to pass that along to the 6 main candidates.

Louisville, Kansas, Kentucky, …Fertitta may use basketball to the extent that Louisville looked more attractive after Strong got the football team into shape. Meyer got Utah in. Patterson got TCU in. In Texas the Governor can swing the vote…Where have you gone Ann Richards, Baylor turns its lonely eyes to you. They all want the Coog’s paw print without UH being able to stand there and will use any means of collusion to keep the status quo. They sweet talk Houston, send flood relief for the benefit of the recruiting.

…send flood relief for the benefit of the recruiting.

uta alone blocked us from the small12. This always has been about recruiting and the number of Texas Teams playing Div 1 Football. More Teams equals talent being spread around. Mr. Oliver signing with us reminded the small12 members and uta in particular what the greater Houston are means to them. Look at their rosters.
The argument that it was going to cost $M to espitty is very debatable. espitty wants more advertising revenue? They need more eye balls. U of H would have provided that. Please correct me if I am wrong but we even went to the extent of offering some financial "buy in"
We got into the SWC after years of being rejected. Then we get in and win immediately. uta never forgot that. They do not want to have history repeat itself. Remember when there is a will there is a way. In our case it is 100% ill will from uta. We are their worst nightmare.

What sparked the resurrection of this thread?

I don’t know, but coincidentally I was looking up some of the articles from last year’s expansion fiasco. Maybe its the anniversary coming up of that day or some masochistic nostalgia.

I would put it more on FOX. One of their executives came out right before the president’s vote and stated that they would not be happy if the conference expanded with the choices available.

This was a TV market battle between two rival networks. The two networks could not agree on which schools should be added, therefore, no school was added.