I’ve been reading the Notre Dame board and they seem high on Fickell. 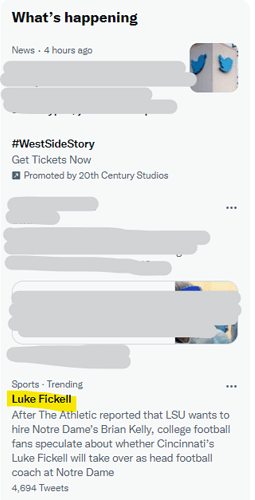 The Fickell to ND troll game by UH fans on social media is strong. I don’t have the heart to do it myself but…its funny.

Would Fickell possibly take the ND job this week and leave Cincy completely out in the cold for the AAC championship and a possible playoff birth? That’s messed up if so- very vermin Herman like. JMO.

Don’t see how that will not happen but I’ll stop short of calling it a done deal. Cincinnati simply cannot match what ND can offer and not just

I don’t think it will affect anyone’s performance though as Cincinnati has probably gotten the game plan for us already.

Except it isn’t trolling. It is very widely reported that he is one of the top targets. We are just megaphoning it! Haha

It feels great to finally be on the other side of the game where there are rumors about the head coach leaving before a GIGANTIC game.

I will forever remember losing to S. Miss because Sumlin was working the Aggie angle. We were completely unprepared for that game. Absolutely brutal.

I agree. I don’t think anything would be announced before the game but the ND / OU cloud is hanging over the program. No matter how many times a coach says he is staying, the players know of MANY coaches who said the same thing but did the opposite (Riley being the latest or maybe Kelly?). Until those jobs are filled, there will be uncertainty and that can only be helpful to UH.

@Coogcheese To be clear, I am not posting anything on Twitter about this. I mostly read Twitter (which I DON’T recommend). I think Fickell to ND or OU is much bigger than the UH fan base. It just makes sense that football fans would think this. If the teams switched positions, it might be Dana to ND/OU hanging over UH and I would not think it was Cincy trolling us on social media.

Don’t see how that will not happen but I’ll stop short of calling it a done deal. Cincinnati simply cannot match what ND can offer and not just

ND is open. The Chicago Bears will likely can Nagy, so Ohio State may be open soon. Ryan Day is rumored to be in the wings, and that would fit with the swing towards young and innovative coaches for NFL teams. Fickell has a lot to figure out right now, including beating us big enough to get in the CFP.

Fickell might not jump just yet. That we haven’t seen a statement he’s not talking to anyone else is a statement itself. We certainly know the feeling their fans have right now.

No. He will stick around and give it the full Sumlin effort.

Lets hope it is Sumlin effort and not Scott Frost effort at UCF.

No he has more class than that. Sumlin was visiting Agy the week before our championship game in 2011 against USM

Oh ya. Was totally kidding.

Fickell strikes me as a Frost type guy. Not cut of the Herman, Sumlin, Briles cloth.

What is a "Stepping Stone"?

What is a "Stepping Stone"?

There is already a Fickell thread. How hard is it to post in that thread?

No. There is literally a Fickell thread here on the Coogfans Football page. 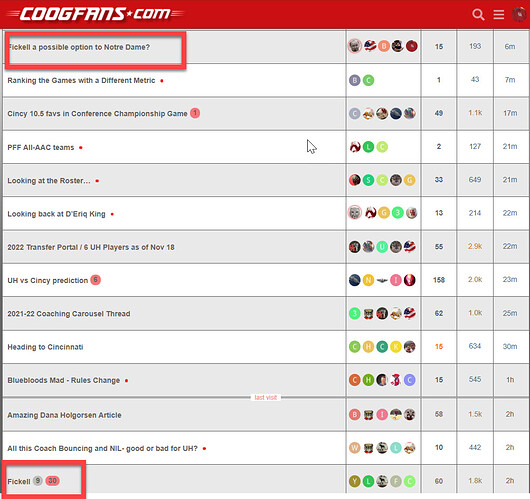 Hopefully your day hasn’t been ruined by the 2nd thread. I trust you can manage.

more than possible…its a likelihood…Fickell wont say anything, but i think he’s gone…ND one of his dream jobs…

Thanks, guy. Don’t know what I’d do without your perspective on things.