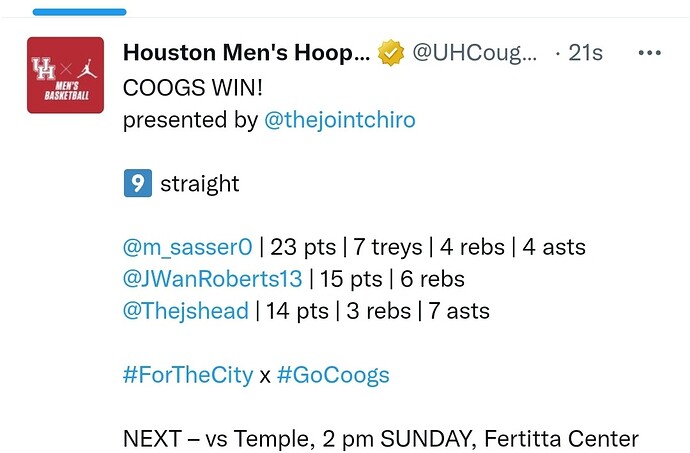 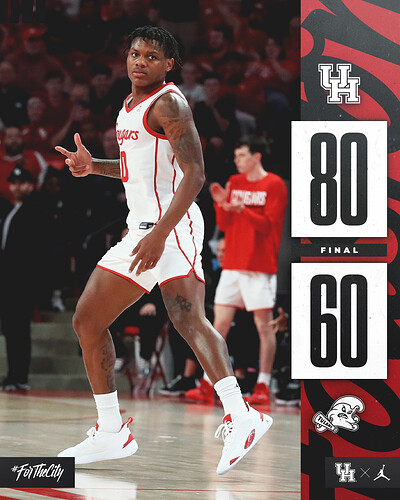 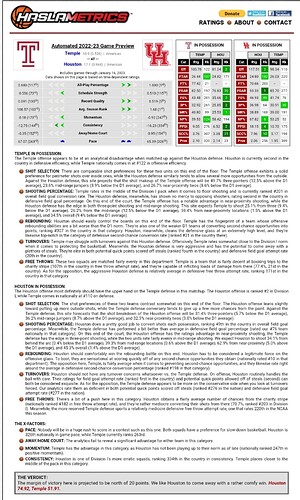 I’ll be there and am taking my parents.

they are a good roster with bad chemistry and bad coaching imo…its emphazed by temple “starters”, their best 2 players come off the “bench” (get starter minutes) as some kind of statement thing… both are 4year guys, weird to be playing those games with seniors… this is probably tourney team on better coaching

their offense and defense arent the only oddities, so is their rebounding …their rebounding numbers are odd… theyve put up +20 type numbers on Cincy and Memphis , and then -12 type numbers on UMES and ECU (who are tiny)…Temple’s starting center has been injured for a while and was their only big player… on the game they are killing the boards it was with hustle/toughness not size

3 major players to note - khalif battle 6’5 g - fearless scorer/shooter (which is good and bad), damien dunn 6’5 g- great driver/foul draw-er, elite ft shooter, good open shooter, but not a major threat off the dribble… they will also likely have 6’7 jahlil white (Their best D player) shadow sasser most of the game

Ramon Walker will participate in his first practice this afternoon since rejoining the Team. According to CKS today in his media availability session.

Their sum is definitely lesser than the individual parts for the reasons you mentioned. I don’t think any of them have high basketball IQs

Going to be out of town and listed tickets on Stub Hub. Sold in two minutes. Expect a great home crowd.

That just means you had them undervalued?

And yes I always put mine 5-10.00/tik less then what’s ususlly being listed in my section.

Same here. Not really maximizing the resale. I had them at lowest in my section. But they were still not listed at a cheap or discounted price.

Mattress Mack will be tailgating 11 to 1 Sunday. I heard free drinks, Cajun food, and donuts.

He may just drop few hundreds on the ground.

Dang…I would love to tailgate with Mattress Mack with yummy food. Sucks that it is only for students

They have done tailgates before and everytime I go by there are no students. What do they do with the extra food?

already got my Jersey and J’s laid out for tomorrow!

getting to campus early to show my parents around campus and then to the Fertitta Center early for tip-off.

It would be nice to know what the abbreviations meant.

Every one of them is defined on the website.