A US/Japan naval alliance in the Far East appears to be growing!

Japan is converting its 2 biggest warships into aircraft carriers, and US...

This month, US Marine Corps F-35Bs became the first fixed-wing aircraft to operate on a Japanese aircraft carrier in 75 years.

Well, they have to since none of our allies can count on us anymore. I’m really concerned for the Republic of China (Taiwan).

none of our allies can count on us anymore

It seems we have made amends recently with NATO and we encouraged our allies
to spend more on defense. UK recently did joint exercise with carriers, US, and others in
Pacific. Australia going for nuclear subs, Japan doing carriers, …is any of
this bad as China grows their navy ? More accurate description may be US and allies taking
concrete joint and shared responsibilities with us.

War is coming with China. They are as bad as anything we have seen since Adolph and the boys were goose stepping across Europe.

We need to dust off our history books and not make the same mistakes of 1938.

Yep. The Chicoms need to be stopped or large parts of tge planet will be like Hong Kong with their civil liberties erased. 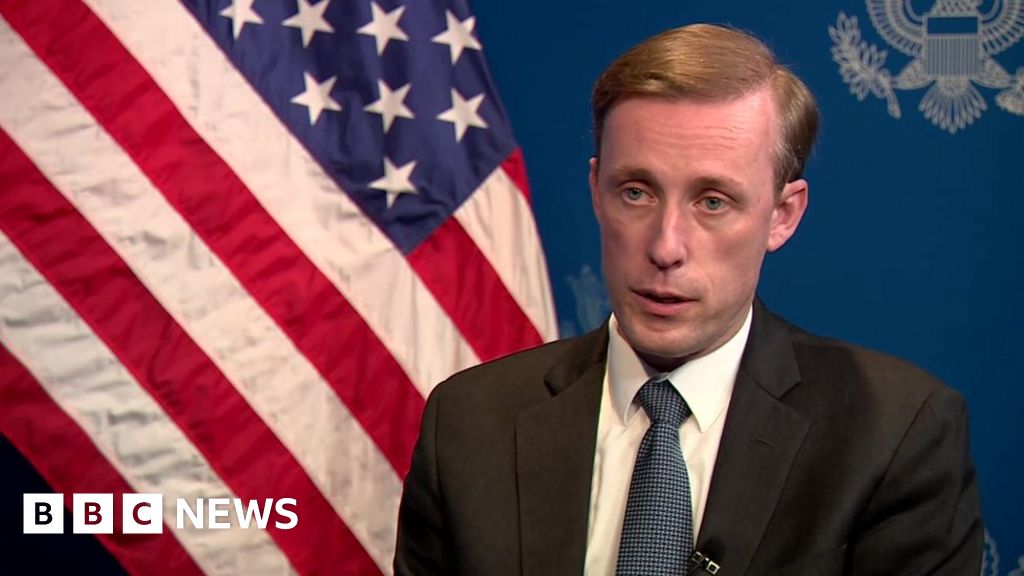 US deeply concerned over Taiwan-China tension

The US national security advisor speaks to the BBC with tensions between China and Taiwan at their worst in decades.

We also have a good relationship with India, which has a large Navy.

India, alone, can choke off supplies from The Middle East going to China.

Japan, S. Korea, Australia, and The U.S. present a formidable opponent to China, a foe which China could not defeat.

They are Sabre rattling towards Taiwan to distract their citizens from the terrible domestic problems, which includes massive Energy shortages.

The US is China’s biggest trading partner. Do you think they’d go to war with us? You guys are funny.

Pretty much same old same old…Russia + China vs ROW. Except this time China is dominant
partner and has made huge economic advances. Might add a more heavily armed North Korea as
ally too for big 2

Insignificant in bigger scheme of things

The saying that “when goods cross boarders, armies don’t” sounds good but its not true. Germany went to war against its two largest trading partners in 1914 (Russia and Britain) and did same thing in 1939 (Britain and France).

War is a complicated and often time irrational animal.

China is a bad actor that needs to be stopped.

We need Japan and Germany to rearm

They are and it is against Japan’s constitution. We are witnessing remarkable things.

Everyone is afraid of China.

Ya know, until now, the Japanese Self-Defense Forces (their Constitution doesn’t allow them to have an Army, Navy, or Air Force, so they call them something else, you know, just to get around that), used to focus purely on defensive capabilities (which were not considered unconstitutional) to the exclusion of expeditionary or force projection platforms (which were believed to violate their constitution).

An aircraft carrier is a MAJOR “force projection” platform.

I don’t recall the Japanese having a vessel larger than a destroyer back when I was in the military.

That was 100 years ago, its a bit different now. Look at the Evergrande crisis. China’s economy is a house of cards. They need trade.

An aircraft carrier is a MAJOR “force projection” platform.

Im fearful these carriers are sitting ducks with today’s technologies in weapons.
They seem like an answer to different time , but perhaps defensive capabilities have
advanced too. Anywho…good to see Japan building them.

I do agree with you that evergrande is exposing the Chinese economy as a country sized Enron. But does that make them desperate.

On that point, China did, just before I retired, introduce a new “carrier killer” land to sea missile…presumably designed with the USA’s carrier force in mind.

Click on this link, and then scroll down to the section on the DF-21D anti-ship ballistic missile (a variant on a much older DF-21 model designed for land warfare).

The Dong-Feng 21 (DF-21; NATO reporting name CSS-5 - Dong-Feng (simplified Chinese: 东风; traditional Chinese: 東風; lit. 'East Wind') is a two-stage, solid-fuel rocket, single-warhead medium-range ballistic missile (MRBM) in the Dong Feng series developed by China Changfeng Mechanics and Electronics Technology Academy. Development started in the late 1960s and was completed around 1985–86, but it was not deployed until 1991. It was developed from the submarine-launched JL-1 missile, and is China's f...

Everyone is afraid of China.

As China asserts itself, it appears the ROW is responding in kind. Fear is
too strong a word here…maybe concerned ?

What would CDH do?