Starting The Students Only Game. Thoughts?

It’s a good idea, but not spring in peak conference play. This is an idea that will gain traction with early OOC tune up games

I’ve also seen this happen at Virginia Tech, BUT the exception was this:

It was very snowy and dangerous weather over there. Students were allowed in. If someone who bought a ticket showed up, then they would have to move. Student came and showed student ID? They’re in. Students Only game.

Here is the result: 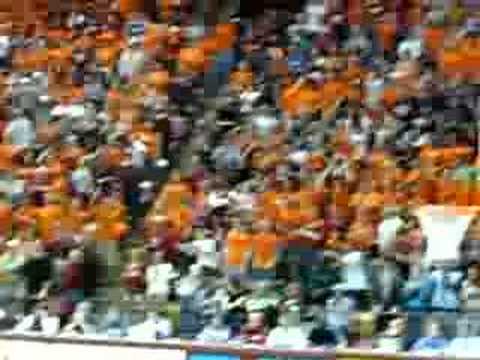 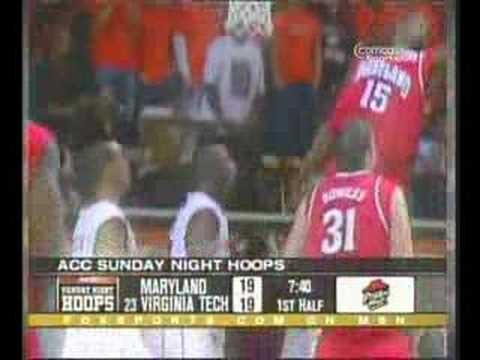 The atmosphere would be cool. I know that they would for football but would that many students show up for a basketball game? This idea probably wouldn’t happen anyways.

I love your spirit but I’m an old jaded Cougar. No way we could get 7,100 students actually show up. The student section is only packed for big games. The area above the Brass is almost never full.

Students are just like the season ticket holders (some of them, anyway). They only show up for the “big” games. A few years back, school provided bus rides over to TSU for BB games, and the event center was mostly empty. We bought tickets at the window and had seats in about the 5th or 6th row, mid court most of the time. Students had plenty of opportunity to show their spirit then but failed to do so. I, personally, do not feel sorry for them because they are, for the most part, just band wagon fans. I’ll wager once the move on with their lives, they will be among those x-students that “my kids have practice”, “my kids have games”, “traffic is bad”, “I’ve got to work late”, “too hot”, “too cold”, “too wet” and/or any one of a thousand reasons why they don’t make the games . . . . .

Studentswise, I can say that the University has always failed to market games to students. Period. This year is an exception, and them standing around HANDING OUT tickets to students is one of the best choices Athletics made.

Other than that? No communication about things whatsoever. Socials kinda dead, but are improving. No incentivization from the faculty to get students to games. No other cases of coaches going around and interacting with students.

That bus was packed with students when I went over. We’re really talking about the time when Fertitta was being built, and no turnout. That’s a fail on UH’s part, not ours. I remember seeing a video of Galen Robinson vlogging and making sure people came out to games.

Also, seen more and more alums coming out to games to take a visit that never came as a student. Things work. They ‘wish they went as a student’.

Maybe I am old school but, if you are a fan, you are a fan and either know when the games are or are willing to go through the effort to find out when they are.

The UH Marketing Dept owns helping promote the games but it has to be a two-way street. Let’s not hang the blame too much on UH Marketing, Faculty and Coaches.

I think some of this is unreasonable to expect and blames everyone but the students who make choices.

That said, the dorms should play a big role in getting students involved. Dining halls could also help here. These groups could move the needle with an organized effort, IMO.

Dining Halls show the schedule, but that is it.

Now, if they do a ‘show up after the game with your ticket’, and get half off, BIG.

Dorms: not so much. haven’t seen anything around them. I don’t live in dorms, but members that do don’t talk about it.

Yes, however, a big way to get people out is through the school. And even then, our student ticket claiming system is so horrid, that everyone talks about “I want to go to game!” but can’t even get a ticket because of a broken system that a monkey could probably fix.

Reminder that UH sends out more reminders about moving your car to another lot for gameday instead of convincing people to come attend the game itself.

Another case is people wanting to go to a game but having nobody to go with. That’s where orgs come in. Problem? Orgs charge money. That’s why we have always been due-free. It definitely helps and we’ve had skyrocketing org membership due to that. Especially since the start of the basketball season (60 people joined).

Extra credit for verification of having attended 50% of the games at FC. Just sayin’.

Do any of the students read the school
Paper? Are there banners at the UC and around campus for football?
If the students truly are fans I would expect they would know when the games are.
And I am curious what other major schools do to gets students to attend games.
My guess would be very little

Grades have been inflated and rigor has been watered down so far, less not make education even more than a joke then it has already become.

I have to disagree, the amount of material required to learn in a semester and the questions asked are on the harder side. UH was once voted one of the hardest schools to make an A at. I don’t have anything to compare it to more than 30 years ago but i also wouldn’t make anyone’s recent effort of graduating feel like less difficult.
I got extra credit from bott and some other Prof i don’t recall their name. It wasn’t much but to the people who are that one 10th of a point away from another letter grade or a + its important.

If we talk about highschool then yes I’ll agree big-time, but UH atleast is not giving out degrees.

Extra credit on grades is a non-starter.

Crediting back some portion of student fees in exchange for regular attendance is worth considering. 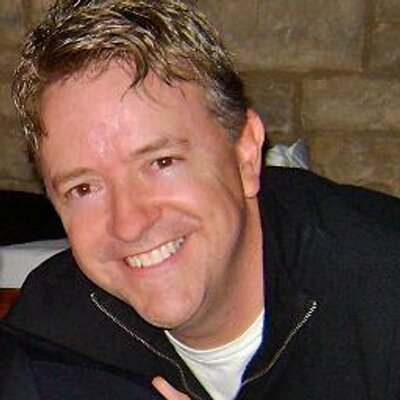 Ramey gets us started and this place is rockin 🤘 #HookEm https://t.co/qwrWLz5IWq

P̶a̶r̶t̶y̶ Darty at the Tower Info: 🤘Starts at 4:30 🤘Free for all @UTAustin students 🤘All the free Food Trucks 🤘Performance by @Blackillac 🤘March to Gregory Gym with @ChrisBeardUT #HookEm https://t.co/F7p2sjkzxz

They bscislly did it in a small gym and vs SH. Idk if doing it at the rec would be good. The free food truck thing is pretty cool.

Gym or not, we can probably find 7000 students that would want to actually do this. Some record incentive or so. Never forget, basketball tickets used to sell out in ten minutes and people would be clamoring to grab them back when the FC first opened.

We need to bring that marketing and student incentive stuff back. Nobody knows how to show up or how to get them.

And on top of that, the rumor mill is that UT/TAMU adjusted their scale to ours to avoid being accused of grade inflation.

Not in Computer Science, either. xD

Maybe someone could ask Murray Stinson if he would be OK with the cougars having a basketball game that he would not be allowed to attend.