They screwed around and won a miracle game against the Colts, losing the top pick in the draft in the process.

Number 1 always has too much scrutiny.
Is there an obvious No.1 this year?

It’s draft capital…instead of throwing it away…that could have traded it for 2 or 3 first round pick if they wanted to not pick with it…winning today is just stupid.

That’s what everyone feared! They allowed the Colts to out-tank them! The only time they could beat the Colts is when a win is actually a loss! Now the Colts are going to beat them 20 games in a roll again in games that actually matter! Obviously, Lovie intentionally ruined it for them because he knew he wasn’t going to be retained anyway. I’m surprised neither the owner nor Nick Caserio didn’t give Lovie the order to lose this useless game!

This organization is so stupid it’s not even funny! There’s no strategy for the future whatsoever! I guess they are going to keep on being that team that loses every game in the regular season until the last two games just so that they can cheat themselves out of the #1 pick! What a bunch of losers and morons!

Im betting the the texans are drafting a qb with with that pick and it looks like they will have their choice as i doubt the bears will be drafting a qb. So not sure what difference it will make in the end. 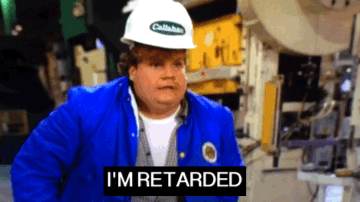 So not sure what difference it will make in the end.

Unless the Bears trade their #1 pick to a QB-needing team and that team ends up taking the QB that the Texans wanted badly all along! It happened to the Jets a couple of years ago when they won that last useless game and gave away the #1 pick to the Jaguars who ended up taking Trevor Lawrence away from them, a move that pissed off the Jets and their fans to this day! Why would you allow another team to take the player that you wanted away from you by winning a useless game if you have a particular player in mind? Even if the Texans don’t want to pick a QB with that #1 pick they could have traded it for two first round picks or maybe even two first round picks and a second round pick! If you have a particular player in mind you want to control your own destiny, you don’t want others to control who you can pick! You seriously believe getting the first pick doesn’t matter? Come on, man! It could be getting Peyton Manning versus Ryan Leaf! That’s all! That doesn’t matter at all, huh?

That’s about how he looked roaming the sidelines today.

As long as they have the current owner they will be losers.

It’s been rumored this entire season that the Texans coveted Bryce Young with the No. 1 pick, but CJ Stroud isn’t a bad fallback position if the team is dead set on drafting a QB.

I think they’ll still get their desired QB. None of them are once in a generation type of QBs that justify trading your draft to move up

Its a bad system if its the one I grew up watching. They should do a lottery based on a statistical model where the team with the worst metrics from week to week are slotted with something like shares. You get more lottery vouchers based on your week to week metrics. You get more chances if you’re awful more weeks. Then just let every team be in the hopper. The team with the best week to week metrics only gets one voucher. From what I’ve seen one player ain’t turning that franchise around anyway.

I don’t know a coach worth a damn that will lose on purpose.

As long as they have the current owner they will be losers.

i get it but man drafting qbs is really like throwing darts on the board…coaching staff needs to be addressed more than anything.
Also you cant tell your guys to stop playing and make losing plays when you are also playing a team that doesnt give a damn.

Players are going to play to win.

This isn’t on them.

The ownership needs to own it.

Just take Stroud……don’t trade away picks to take BY.

I look at them as 1A and 1B……not a big enough difference to trade away picks.

Trade the second rounder( you get Metchie back this year)for Sean Payton.

Of course I would get rid of Lovie and Casserio both.

Texans will probably trade up and draft Levis….they are next level dumb.

I hate to say it but…maybe they are sticking with their current two quarterbacks for next year. Don’t shoot me.

They can’t do that……nobody is showing up at the stadium as it is….they are going QB with first pick.