UH vs. Duarte Part ? (I have lost count)

Been told they are sharing info with those who need to know…opponents, conference, and others that need to know. Guessing the chronicle is not on that list And probably wont be the first to know if they do decide to go public.

They are not on that list because they have proven they cannot be trusted to use that information fairly. Probably time for UH and Duarte to go their separate ways.

We are accurately reporting information, too. We just don’t break it out by sport.

Duarte’s June article was an attack on UH and not just Dana. He went a little too far in an area that is really new and not quite clear on what to do. This latest spat is more of the same with the commentary from a source about transparency. I think it is time for a new beat writer. 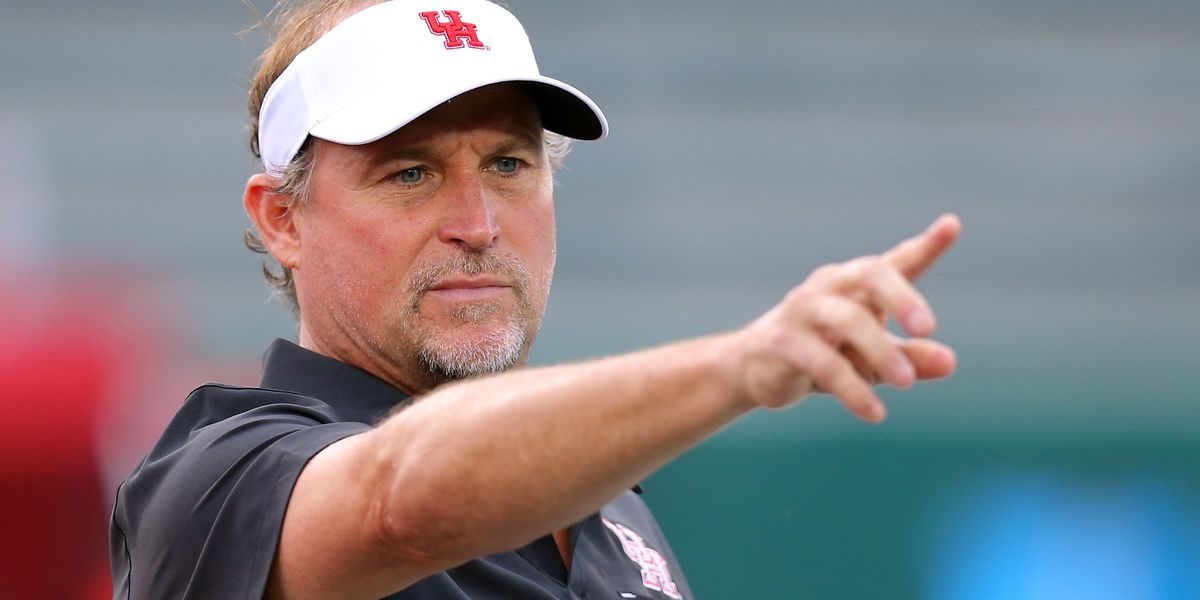 Maybe UH football is the only program that got it right

Some of you people are child-like. Grow up.

It serves all sports organizations whether at the professional, collegiate, or amateur to have good relationships and rapport with the press and especially with those that are closely covering their team. Your comments cover 2 decades which includes many head coaches and ADs and even 4 presidents.

Not sure what the issue is between Dana and Duarte, but it was obvious from very early on that Dana had issues with Duarte just watching the videos of their many Q&A sessions last season. I didn’t see anything in his written reporting or even on Twitter that probably irriated Dana. The only thing that appeared irritating was Duarte’s longwinded questions that appeared on the surface to irritate Dana when asked.

This latest issue appears way above Dana’s head at this point with UH’s general counsel dealing with the requests. Sounds like Dana is totally out of it at this point in time.

Although Duarte’s latest article was professional and factually outlined events and the requests and included quotes from the Freedom of Information Foundation and so forth, his article in early June with the initial outbreak was not professional. It was a hatchet job up and down the university. UH was the first I believe to report COVID outbreaks which was a small amount compared to what was to follow at other programs. Other news organizations that reported on the story like USA Today factually reported on the UH story and did not pound into the university with a hardened opinion. All the other outbreaks that occurred, I have not found a critical opinion piece that came close to Duarte’s article on UH’s situation from OU, Clemson, LSU, and many others. Those types of articles may be out there, but I have not seen them.

We will see what the Texas AG’s office has to say about it in another 40 days or so. It appears this is the hand the university has decided to play at the highest levels and I doubt anything will change until the AG makes a ruling on the request and UH’s argument to protect their student athletes.

Just re-read the entire thread. Really don’t see anything child like. Different opinions maybe, but not childish. Care to expand?

I guess we can see if Port is up for a little project.

Have to agree there. I don’t see anything “childish.”

If you don’t like Duarte don’t read his articles. If you really don’t Duarte don’t subscribe to his newspaper or buy it at the newsstand if they still exist.

You can also write a letter to the editor if you are so inclined.

Writers are not supposed to be loyal to a coach or team or administration or ownership.

Their responsibility is to the readership.

Writers are not supposed to be loyal to a coach or team or administration or ownership.

Their responsibility is to the readership.

Hotel - you know you just painted the perfect world of unbiased journalism. It does not exist! If it did exist, it died off with the dinos.

This is closer to reality:

The situation that is occurring in Houston with UH is uncommon across most media markets.

You can guarantee that it is being viewed as serious at the university if the university’s general counsel has the ball. This isn’t one of Dana’s press conferences where he doesn’t like Duarte’s longwinded questions. It is being treated far more serious.

That June article, from an emotional standpoint among UH AD and senior administrators as a terrorist like hit upon the university via electronic media.

i agree with you but it is in our best interest for the program and local journalism to have a good relationship, whatever that means…the worse it gets, the less information we are able to get from the program as Coog supporters…not good for us, the school, or the local paper…maybe Duarte and Dana should have a beer

I don’t think he meant unbiased, I took the “responsibility to the readership” to mean write what gets the most hits and makes readers happiest, which usually is bias towards the home team. It’s clear there isn’t a big enough readership from UH fans to make the Chronicle care about putting out positive biased coverage like most other home papers. By UH people unsubscribing, the coverage will just get worse.

I think the smarter strategy would be UH getting in good with the main beat writer and “using” him as free advertising for positive things going on. Anytime TCU is having a bad season here, the sports page is filled with feel good stories about players or about how the future is bright. You rarely see a negative article even if the team is 4-8/5-7/6-6. I told you guys as soon as the Patterson N word thing came out, the media would protect him and they did. Nothing but positive articles. Seems like that wont be happening for UH in the short term.

Lindsey Nelson, Bob Murphy and Ralph Kiner were approved by the Mets. When I was 11 years old, I expected 100% loyalty.

Despite what some here may thing I am not 11 anymore.

In all seriousness. If an organization’s media relation department or lawyers don’t like something there are ways to handle that. I am 100% for that. I have been personally victimized myself by bad journalist.

There should be plenty of readership here in Houston with our alumni base. Prior studies show their readership and market coverage favors UH over other Texas universities. But it is a pro city and the paper has a lot of other school alums in the mix working there. The number of UH alums that have cancelled the Chronicle over the past decade is high and some of that is obviously the coverage the Chonricle gives the hometown university. The type of covereage UH gets over the decades is not common from a hometown paper around the country. The June article is a perfect example.

Agree, they should have a good relationship that flows both ways, but they don’t and what we are seeing is the result of that relationship over the decades.

I travel the entire country for a living and I am here to tell you that the Chronicle coverage of UH is minimal. Even in SEC country, Memphis, the support is huge in comparison. Just check the on-line Chronicle version, click on the UH tab abd see how dated everything is.

It’s worse than that. Not only is the Chronicle’s coverage of UH athletics minimal, and not only is that coverage hardly favorable, but the Chronicle is owned by the same organization that publishes the San Antonio Express and the Austin American-Statesman, and that means the Chronicle reprints stories from those papers.

The San Antonio paper’s college sports coverage is all about Texas A&M. Every story about the Aggies has the same theme: Jimbo can do no wrong. And, we all know that the Austin paper might as well be printed on the UT campus, “where never is heard a discouraging word”. Its sports section is a burnt orange version of Pravda.

So, not only do Houston readers receive sketchy-at-best UH coverage, but we also regularly get maroon and orange sunshine pumped up our butts by the “Houston” Chronicle.

Why is Duarte so interested in writing a story about UH football and Covid? It is obvious that his intent is to take a crap on the Cougars.

When I am in Austin I cannot find a UH score without going on line.

The Brent Z articles are borderline insane - if he has to tackle a heavy issue you can feel the hesitation. But I do know Texas A&M has a lot of say behind the scenes.

Agreed. Our coverage has always been minimal and marginalized at every opportunity.
I personally believe that Duarte has done a very good job for us in the past, and that his higher ups (my opinion) probably limited coverage on top of him (as they did to all of our beat writers, throughout the years). Which made his job tougher…

How and why this whole thing went off the rails is irrelevant. The fact that our beat writer is persona non grata IS THE ONLY FACT THAT MATTERS…a fact which demands change.

Again, I have no axe to grind against JD. His paper is terrible. Wherever I have travelled around the country, I have always measured the coverage of the local papers against our own. For decades, our coverage has been abysmal. Period.

In some of my posts over a year ago, I remarked that a very close friend of mine was the No. 3 at the paper about a decade ago. I blasted her constantly on our coverage. She would just tell me that The Sports Desk was not interested in ever expanding our coverage.
That was when I cancelled my 30 year old subscription.