We win tomorrow and there is a big separation after the top 3 and I still feel Purdue has some losses coming. 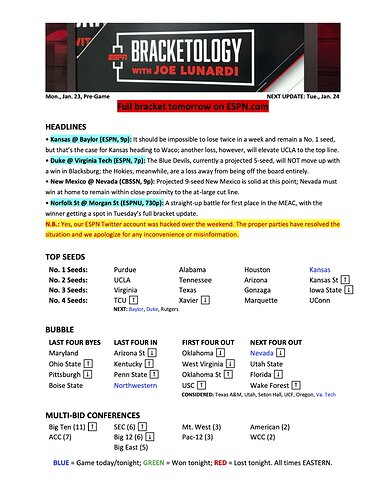 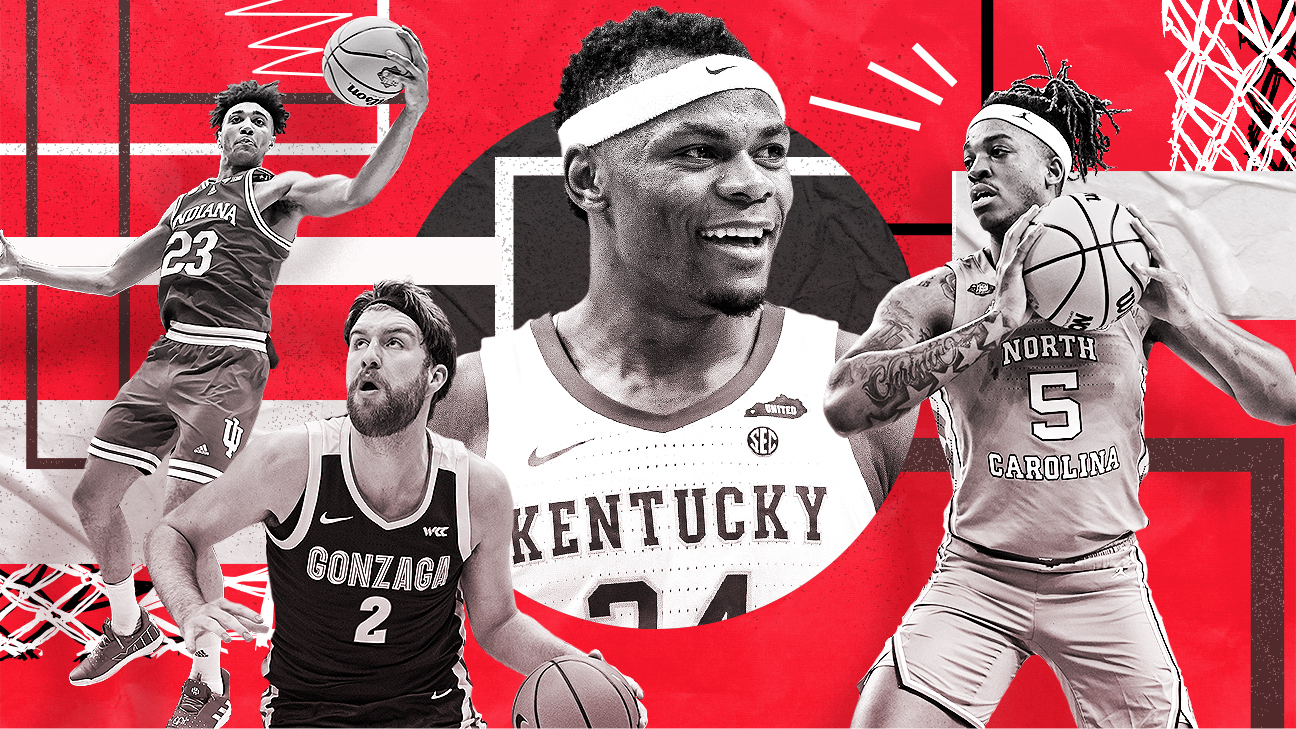 Purdue and Alabama can claim they're No. 1; after that, it gets crowded at...

Houston and Kansas put themselves in a tenuous position with home-court losses on the weekend.

After Kansas loss last night, Tennessee is a 1 seed

Saint Marys is looking good. Some have them as either a 5 or 6 seed currently.

I don’t like the UNC or Creighton matchup. along with a sweet 16 against TCU

if we get past that, i like our chances against the bottom part of the bracket. 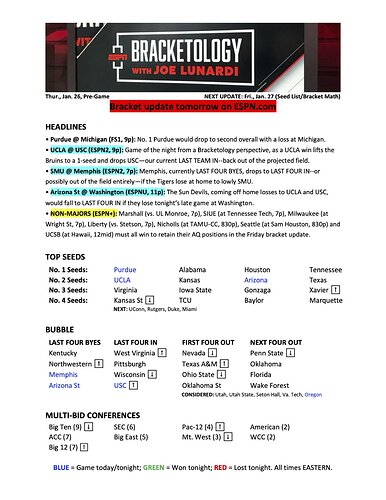 Tennessee as the 4th 1 seed

UCLA, Kansas, Arizona and Texas on the 2 seed line.

True. Purdue like us, has built up enough solid wins. Where if they lose tonight, i wouldn’t expect them to fall from 1 seed line.

Arizona rematch at Wash St, a team they previously lost to at home

Purdue would have to lose 3 or 4 in a row like Kansas did to be at risk of falling out of the 1 line imo.

If anyone is interested in looking at other bracketologists:
http://www.bracketmatrix.com/rankings.html

I am here to serve others.

Again as stated before, I think UT will win for sure.

I am rooting for Kansas and Tennessee…

So going off Lunardi, 7 Big 12 teams are projected with 2 more in the next 8 out. Tell me again how its easier to make the tourney in the American? lol

I would look at the listing I provided above. Lunardi isn’t the best when comparing to other bracketologists. Look at what others who have a better track record show in comparison to Joe.

I will say that at the moment there seems to be some agreement regarding UH going to Vegas.

100% agree with you on Lunardi, though as it pertains to the comment I made bracket matrix basically says the same thing. 7 Big 12 teams in the field and then both of the Oklahoma schools fall into the just outside category.

@den2010 i was a big bracket matrix guy last year. And it is still solid.

But Lunardi was pretty accurate last year. Had Tennessee as a 3 seed. When everyone else projected them as a 2 seed. 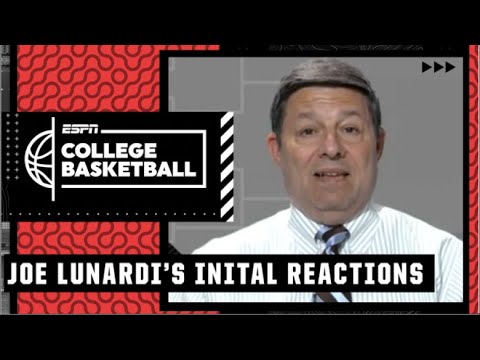 One point i need to remember this year. The Championship games played on Selection Sunday really didn’t impact seeding at all last yr.