Another School Year About to Begin

I really don’t have a big big problem with CDC communications. Not perfect, could be improved, but with the multitude of sources of misinformation out there, it is alarming. “A little knowledge is a dangerous thing; drink deep or taste not…”

Guidance has been published and
updated as things are learned. Some may see
that as “flip-flopping” , a mostly political term these days. I see it as science at work. No matter how elegant or pleasing a theory you hold may be, if the data don’t support it , gotta thrash the theory. Refutation is science at work. Mask recommendations may change, just as fasten seat belts on an airliner at take off and landing. And if the pilot gets data of turbulence ahead, the seat belt sign may be turned back on. (not my analogy;was someone else…)

And yes, maybe there will be a seasonal covid vaccine that gets mixed in to the seasonal flu vaccines as time progresses. Seasonal flu is usually built to cover 4 or so strains.

Not a good first week… Four days later…following up on my post from Monday, it’s not a good first 1.5 weeks in Conroe ISD.

I don’t disagree in general. The problem is a lot of people don’t think that way. We can argue that they should but know they don’t. The cdc has to work with that and hasn’t done very well with it.

It’s not all their fault. As I mentioned, the misinformation is the biggest offender. But the cdc could and should do better. JMO

One communication issue is the fake experts’ use of absolutes, while the actual experts can’t say anything with true certainty (since they’re learning on the fly). The actual experts tend to say, “maybe”, “might”, “we think”, “we don’t know”.

Agree, very true. Some will quickly forget about the nonsense they believed being dead wrong but not let the experts be wrong ever.

That’s an interesting increase. Tomball ISD is increasing, but not sure percentage wise
how we are doing after 4 days. Active cases : Students 0.7% and staff at 2.44% Google Data Studio turns your data into informative dashboards and reports that are easy to read, easy to share, and fully customizable.

Nice tracker for various Houston area school districts, for those that care, from
channel 2 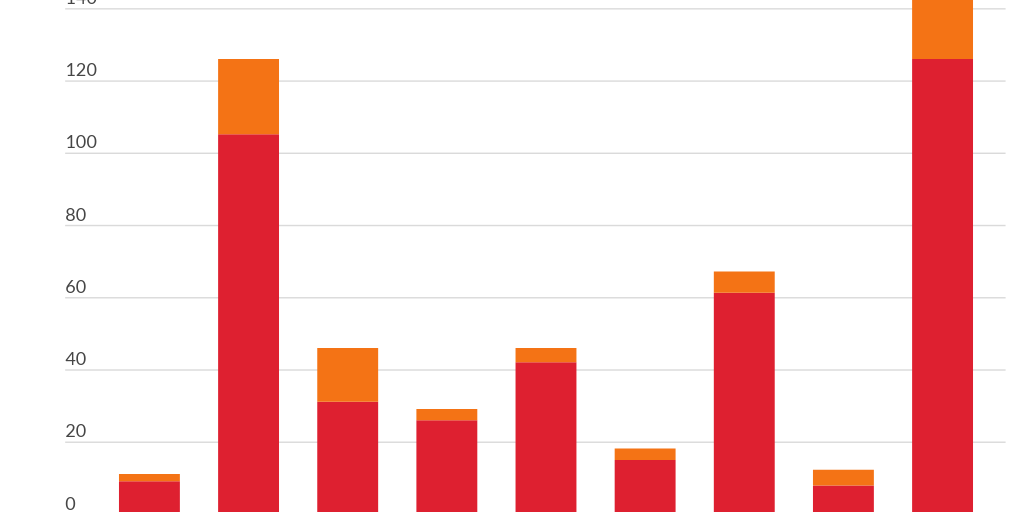 Note from principal in Conroe ISD elementary school. They are trying, but have a difficult situation
they have been dealt.

We saw more students and staff wearing masks last weak and I am hoping more will wear them this in the coming days. I have asked our staff to wear masks in hopes that our students will feel more comfortable doing the same. We have had staff members out and filling the vacancies with substitutes can be challenging.

While mask wearing may not be the only answer, we do feel it helped slow the spread last year along with social distancing. We are simply trying to do everything we can to keep our staff and students well and our campus doors open. If we are forced to shut down for a period of time, we will not be able to offer virtual teaching and learning. The only option currently, is to make up the time lost by adding days to the school year or extending the length of the school day.

Please consider allowing your child to wear a mask and quarantine children who have been exposed to a positive family member, friend or neighbor. Please keep them home if they are sick and consider having them tested. We will continue evaluating our protocols and procedures on campus and work quickly to implement necessary changes. Let’s all continue to work together to keep everyone from getting sick and keep the doors open at XXXXXX. Our students want and need to be at school.

CFISD - Principal taking into account parents masking preference and attempting to segregate
students into mask zones and mask free zones. Not sure how this works in actual practice but I appreciate their attempts to address a real issue. They practice social distancing in common areas
like cafeteria, skipping seats. Theme in communications seems to be student safety first. Setup
a virtual learning option for entire semester until kids vaccinations are possible. Option is currently
FULL and waiting lists created. This will probably cost them money as not clear if virtual attendance will be recognized and reimbursed by state.

TISD - Basically doing nothing about COVID. If you speak to them they will say hand sanitizers are
available and teachers wiping down student areas thru the day. Bring your own water bottle. No social distancing. Theme in their communications seems to be “return to normal” mode of operating.

Interesting approach; I haven’t heard of this used anywhere else. Seems like a good idea, since the masked don’t want to be around the unmasked, and the unmasked seem to be offended by the masked.

Assuming that there’s a central air system, this approach would be dependent on how well the system can exchange the air, right?

The Tomball approach seems antiquated. Teachers wiping down surfaces is probably one of the least effective practices, since the virus is airborne.

I’ve heard this analogy about the virus a couple of times recently, and I think it’s helpful and easily understood. It also explains why social distancing indoors may not be as helpful as first thought. Experts initially were concerned about virus spreading through droplets, which is analogous to a spitball flying through the air. The particles are heavy enough that they’ll sink by gravity relatively quickly. As time has passed, they’ve realized the virus is passed in the air as an aerosol, which is analogous to cigarette smoke. It is suspended in the air a long time and isn’t affected by gravity.

Imagine being in a school cafeteria with one infected person being similar to being in a cafeteria with one person smoking a cigarette. The bigger the room, and the more times that air is exchanged with fresh air, the less impact that cigarette smoke will have. If it’s a small room and no air circulation, you’ll be affected more significantly by the “smoke” (or virus).

Interesting approach; I haven’t heard of this used anywhere else. Seems like a good idea, since the masked don’t want to be around the unmasked, and the unmasked seem to be offended by the masked.

Assuming that there’s a central air system, this approach would be dependent on how well the system can exchange the air, right?

In practice this is meaning all kids at a 4 seat shared table have masks. Not perfect, but better
then nothing I guess.

Ventilation in schools is a complex issue. CFISD states the following actions in this regard:

In another area, CFISD has removed plexiglass barricades from areas, including teachers desks.
Some Teachers are wearing face shields now.

Overall mask wearing by CFISD elem. students appears to be around 75-80% compared
to 20-25% at TISD.

I’m skeptical of the claim of “ between six and eight air changes every hour ” , but my HVAC expertise is pretty much limited to setting a thermostat. I wonder if “every hour” should really be “every day” at best case.

My daughter came home from the first day of school today.

She told me that they’re separating maskers from non-maskers in the classroom–half on either side of the room. Each student has to use hand sanitizer upon entering each class.

my HVAC expertise is pretty much limited to setting a thermostat

I’m convinced that no one understands it and HVAC guys just make it up as they go along.

As for lawbert’s daughter’s experience, if they’re dividing masked from unmasked within the same room, isn’t there limited benefit? Maybe a small benefit, but I’d assume the air mixes pretty uniformly. In this case maybe a plexiglass divider between the two sides would help?

Hmmm…CFISD dashboard will not be up until next Monday, 8/30 per district health.
It will be retroactive from week 1. Even TISD had something up on day 1.

I’m here in Cypress. I get updates daily as “Wife” is #2 in charge at current School. Have No kids in District… long finished.

Cool. Without being too specific, like school name, what is she seeing and saying about this year as compared to last ?

Everybody is stressed to the Max. W/o saying too much, morale as one can expect is not great at moment. Something else came down the pipe today w/ just the little I was able to text w her today. Try to find out tonight.

I keep looking at Conroe ISD, not because I have any ties there, but because it was one of the first to go back to school and has the most data.

They had almost 500 new positives yesterday (Monday) and have roughly 2,350 students and teachers isolated. That includes almost 2,200 students, or almost 3.5% of the student population.

I have a niece and nephew in ConroeISD, so I have
more then just an academic interest in what’s happening there. The question becomes at what point does the school or schools shutdown. 80% , 70% ?
Or is it more factor of how many teachers are out ?
After 10 days, should kids recover and start returning, but looks like they haven’t reached the peak yet.

Positive trends for Conroe ISD! Fewer positive cases per day, and the total isolated have peaked for now. Hope this trend continues.

New studies are crystal clear. Natural immunity is now proven to be much more effective than getting the vaccine. We ought to stop demanding that previously infected individuals get the vaccine. Remember the old saying:
If you had chicken pox you do not need the vaccine.

Lawsuit from a UC Irvine professor of psychiatry alleges that treating those who have contracted COVID-19 differently from the fully vaccinated, when both have immunity, is unconstitutional.

Having SARS-CoV-2 once confers much greater immunity than a vaccine—but no...

The finding comes from a study comparing natural immunity to the vaccines.