No disrespect, but Florida is not SMU,

You are correct. SMU had a winning record.

I think that if we had Parish all season, we win 1-2 more games. That Tulsa game was a dagger to me…

Saban has NEVER said Belk was on any kind of shortlist!!!

Don’t it always seem to go
-That you don’t know what you got 'til it’s gone?

Asking for a friend.

Here is another one Johnny. “How can you miss me if I never go away?”

Some questions just don’t have an answer.

No disrespect, but Florida is not SMU,

You are correct. SMU had a winning record.

I think it’s an overreaction to want Belk gone this quick. We saw him put together a top 6 defense in the country and they were the main reason we won games in 2021. This year when our defense was healthy they played good enough to win games but our offense just could not score. We also did not have the talent needed on defense to produce. We banked on guys getting better at football and they just didn’t progress and it cost us. This offseason we aren’t doing that we are adding talent. We paid Belk for a reason and a lot of top programs wanted him. Let’s give him more than 1 bad year before we are gunning for his job

Wow, I have a completely different take on last season. For me, it was the defense that lost games, not the offense. Clayton and Co. scored plenty of points to win in the games that we lost, save Kansas.

I’m referring to Tulane and Tech. All the offense had to do was score 22 points v Tulane and 21 points v Tech at the end of 4. Couldn’t do it.

And, all the defense had to do was stop that shuffle pass against Tulane on 4th down to prevent OT. And, do we really have to discuss the famous 4th and 20 against TT?

Just from reading this thread one can tell that Doug Belk is quite a bit smarter and more knowledgeable than a good number of Coogfan posters.

I think you are missing the point. We should have never been in those situations anyway if the offense could score, the defense had kept them in both games to whole time and yet you blame the defense for losing because of one drive ? That doesn’t make sense to me. Offense should be able to score more than 21 and 20 on Tulane and Tech. That’s really bad. Not to mention UTSA only scored 24 points at the end of 4 that game shouldn’t have went into OT. Bottom line is if we were calling plays like we did from Memphis on. None of those games are going into OT. 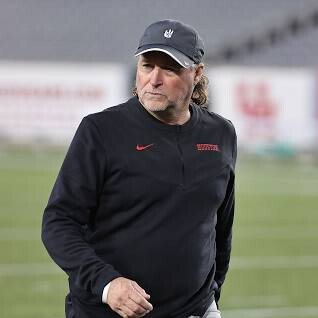 Just from reading this thread one can tell that Doug Belk is quite a bit smarter and more knowledgeable than a good number of Coogfan posters.

I also can’t throw a football better than Matt Shaub.

I think Belk is good but he needs a boss that pushes him to overachieve (long hours).

It’s more like those 70 yard drives in 2 minutes that get folks upset and it happened more than once.