Developing pros is a factor also. We’ve had Quentin Grimes as our 1 NBA guy.

These other programs like Ohio St, who you laughed at, had Mike Conley Jr, Evan Turner, Sullinger, D Angelo Russell

UH is a top 15 job by far. Growing fanbase, pending B12 move, and who wouldnt wanna live in Houston?

Imo when you go back 15, 20, 30 yrs it gets too complicated. There’s only few for sure so called Blue Bloods in CBB. But to me if you take just the last 5 yrs of all CBB Programs… I can’t see leaving UH out of the Top 20 in the Country n esp where they are now headed as far as Conf affiliation. I thk the Program is on solid ground for the foreseeable future n if Kellen wasn’t in line to take over when Pop’s retires, it would be a very attractive job across CBB landscape. Jmo
Let y’all hash it out.

Dot also played in the NBA. And was drafted.

If the Sampsons left, the whole Sampson tree gone, and its Chris Pezman having to make a hire.

What attracts a top 25 coach in basketball to UH? Could we pluck an elite coach from another job

What attracts a top 25 coach in basketball to UH? Could we pluck an elite coach from another job

Yes because of the recruiting base, its a big 12 job now and history

What in the world are you talking about?

If Sampson retires tomorrow and Kellen didn’t get the job.

What would attract a coach to Houston?

Oh, IDK. Just look at what Sampson has done the last decade. What kind of question is that?

Like i said, Ill let yall hash it out. I reaffirm my opinion that absolutely UH Basketball is a Top 20 job as it stands now. It’s not like CKS is making peanuts. He’s very well paid.

Thats true. But you could fall off in a hurry with the wrong hire.

Look at Wichita St and Louisville.

yes, the wrong hire can ruin a program as much as a right hire can make it a top 10 program

Well that was a good discussion

Yes, Purdue hasnt been to a Final Four. But Mackey Arena is one of the best environments in college basketball. They’ve been a consistent program for years

I had a few errors on the list, ill give you that. Like LSU probably dont give a sh*t about hoops. As long as Football is winning, they’re happy

Our history is great but those other programs have more resources and fans.

Let’s see the state of our program with a few down seasons. I doubt we’d be in the top 30. Would we even sell out our arena? Based on past UH history, it’s a fair question. 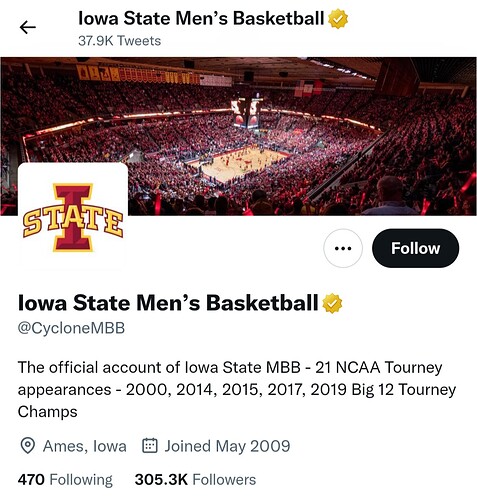 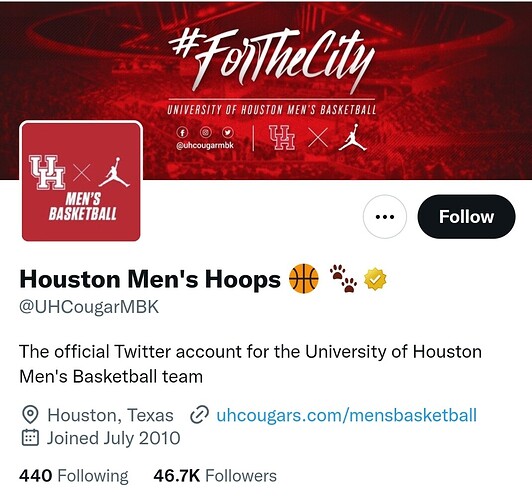 Fan support was a factor in my list. And obviously Sampson is continuing to grow it

St. Peter’s was just in the Elite 8. Do they have a program to sustain i I don’t even have to go down that far. Miami did too. Are they therefore more sustainable than those other jobs?

Lol. Georgetown puts about 2,000 in a giant arena. Nova’s on campus stadium seats about 1,000 less than ours. Pauley Pavilion is empty most nights. Half those teams can’t touch our history.

2 Nation Titles for Nova, plus several pros in the NBA that help elevate your programs brand

Look, Georgetown, ive heard different opinions on it. Thats probably fair. They too have a solid recruiting area. Ewing has just done a terrible job. And killed fan support that it seems absurd

Couple thoughts. Screw Georgetown they are an absolute afterthought rn. We are a great job. Yes I’m fine with Coach Kellen taking over the reigns.

How am I trolling when I am starting a discussion on the future of this team? If anyone is trolling, it is coog1992. UH wouldn’t be a top 30 job without Kelvin? I agree he needs to name the schools.

I think he was talking about ehog!!!

Since he has confessed himself as one in the past. 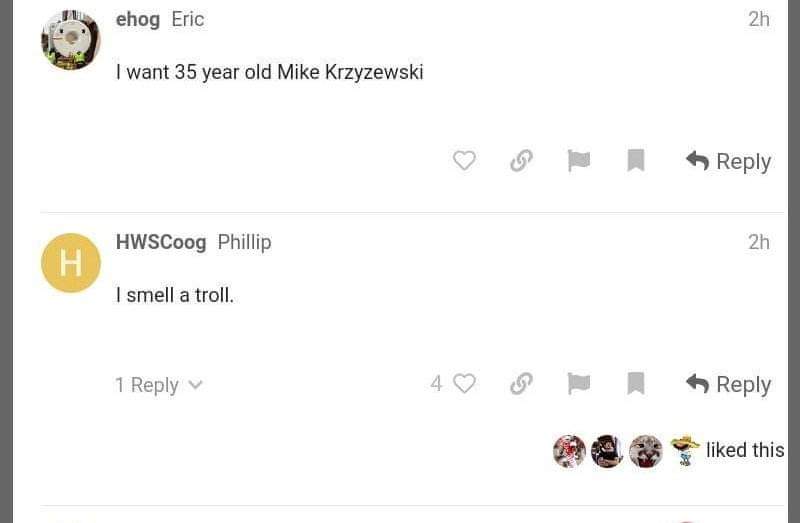 I created my list off the top of my head. KenPom like it always does, has a ranking of top pograms in the last 20+ years 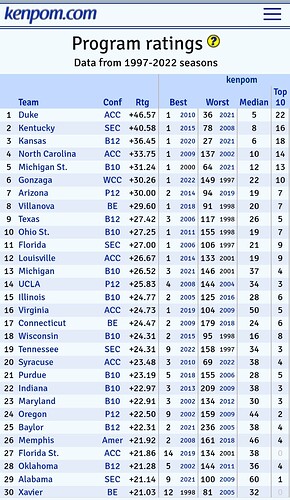 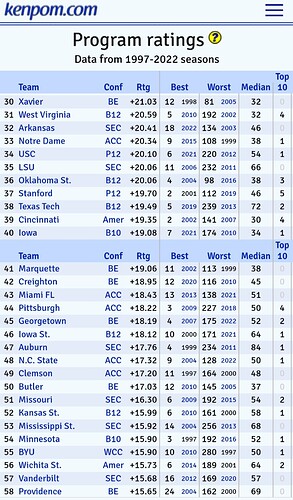 Iowa St, Georgetown, are lower on the KenPom rankings.

But I didn’t include Oregon or Syracuse who are top 25 on KenPoms program rankings.

Wasn’t trying to troll. Im invested in this program