Also another one I was told or read up on over 30 yrs ago so that’s what I go by is you should Tip % wise based on the Total b4 Tax not after tax.

So I gain on one n lose on another I guess.

I mention this because I always try tipping very well when I’m on campus, be it The Nook, The Den, Cougar Grounds, etc.

So I thought that was kind of weird.

I’m still going to support their business (because I LOVE the new layout & they do have a great selection of drinks, sandwiches & snacks). Also it seems like a really cool place to chill & study.

That’s some BULL$H1T right there…

Grade A bullshit. I may or may not tip, but if I do, I expect it to go to the server/ bartender, or a pool of the servers, busboy, etc… NOT the company

Like I’ve said before UH has become a predatory for profit school.

I did catering for Jason’s Deli in college, so many times we got nothing for orders that were hundreds, even a couple thousand dollars that including setting up everything for them. TCU and churches around TCU always loved to say they are non profits so they can’t tip. Happy to say the largest tip ever was from a group at UH. Took two of us to deliver, $4k total and they dropped $800 for the tip. That funded my junior year of alcohol.

I’m hoping Cougar Grounds does this for their Baristas.

When the Cashier told me that, I told her I’d leave a cash tip, but she told me that goes to Cougar Grounds as well. It was awkward since I really wanted to leave a tip. I used to be a broke-ass student, so I know how much these tips can go for your average student.

Lol after she told me that, it crossed my mind to tip her via an app like Cashapp, Venmo, etc. but I didn’t bring up that option since I thought that would just be too creepy…plus, I’d be holding up the line.

Now they’re all going to start wearing their cash app, venmo and paypal tags on their nametags…

Inflation has gotten Americans fed up with tipping: 'If you work for a...

I like to pay with cash at these places that try to get a guilt tip out of me.

Most annoying is counter service CC machine that asks you for tip amount and ‘no tip’ is not an option. You have to click on ‘other amount’ and then figure out how to choose $0.

Unless these Cougar Grounds Baristas are totally volunteers and not getting paid, or they are doing it totally for course work (I did that in the old Galaxy Dining Room) then it is a big problem with those tips not going to the workers.

Occasionally back in the day when the volunteers at the Galaxy got a tip (after tell customers it was not necessary) we voluntarily handed over the tips to the paid staff that assisted us.

That was our idea to turn it over.

Worked as both a server and bartender in college. If we’re just talking basic etiquette I’d say if you have to go up to a counter to order, you should not feel the need to tip (possible exception for a coffee shop). If you have an honest to god waiter 18% is solid. No sever is ever complaining about the guy who tipped 18% at the end of the night. Hell 15% is fine just don’t be the guy who tips under 10% because in a lot of cases the waiter makes nothing when you do.

Bars are a different animal. Nothing wrong with doing a flat $1-2 tip a drink. Another move you can do is to over tip on your first drink order and then slide it down as your night goes. That move grabs a bartender’s attention and will typically keep them at your ready. It’s especially effective when you’re at a place for the first time.

If you really feel like you can’t afford to tip that high it’s okay. At least try to be courteous and patient with your wait staff. Most servers and bartenders appreciate regulars that don’t cause a headache regardless of how much they tip.

That was my move… Overtip and then either scale it down or continue to tip hard and get drinks comp’d… So, I ended up spending the same amount at the bar but the bartender got more CASH $ in their pocket…

At bars I run a tab and tip 20% rounded upto the next dollar at the end. 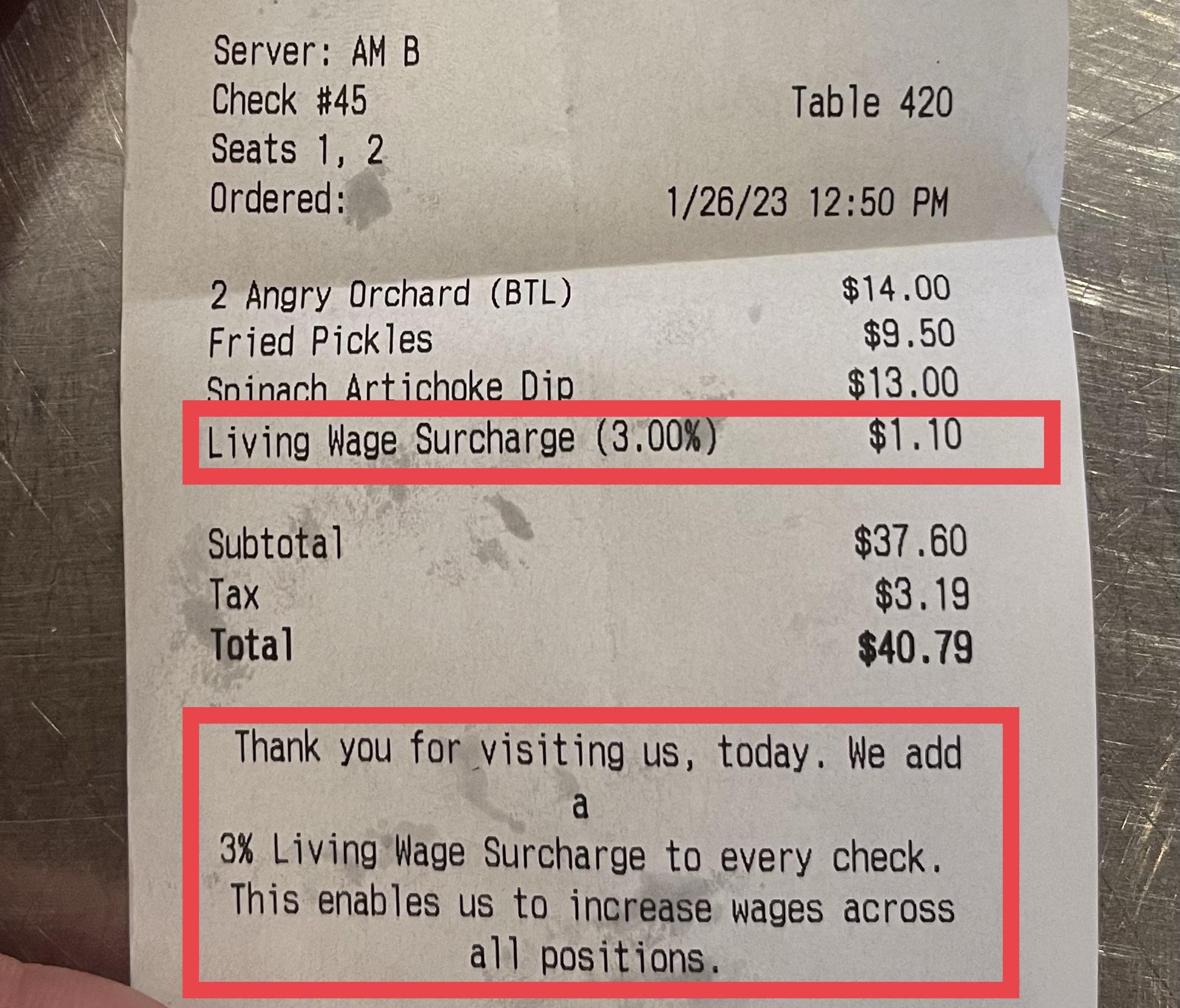 Simple…tip what makes you feel good.

Wanted to clarify something, Coog Fans…

I went back to Cougar Grounds yesterday (tried their Mayan Mocha coffee this time, 8/10 do recommend btw) and asked the cashier (obviously a different one this time) about whether or not they do receive the tips that we Customers leave.

She said they do get to take home the cash tips, but not the tips left electronically (ex. when you add the tip through the credit card system).

So it seems the cashier I had asked last year either didn’t know this or just wanted me to stop holding up the line with all my questions.